Ethereum, the biggest of the altcoins, dropped beneath $400 and could signal further, marketwide losses while Bitcoin stayed well above $13,000. Cardano exhibited a bullish divergence, however, bearish momentum held sway and only a bounce can be expected before a move to the downside. Algorand was in a short-term rally that was likely to fade in the coming days, while Compound reclaimed an important level but promptly lost the same. 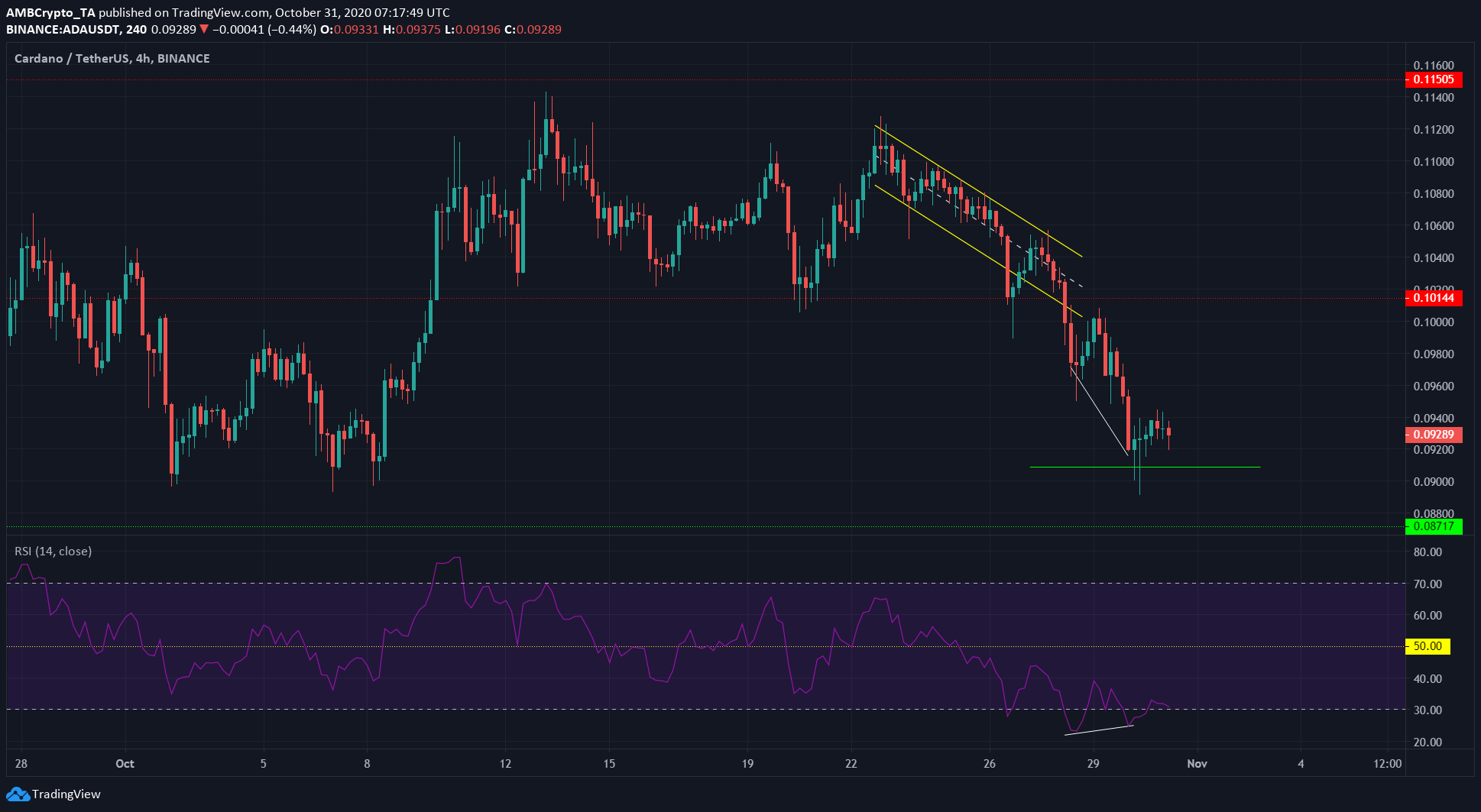 ADA closed beneath a descending channel (yellow) and also lost a level of support at $0.101. A divergence between the price and momentum indicator, RSI, is highlighted in white. This bullish divergence saw the price bounce off the $0.092 level, and further upside could be possible.

Yet the outlook for the asset remained bearish, and the most recent bounce could reach as high as $0.096 before another drop.

In other news, Cardano rolled out a Goguen release roadmap and demonstrated the ERC20 token converter, allowing tokens on Ethereum to port onto Cardano. 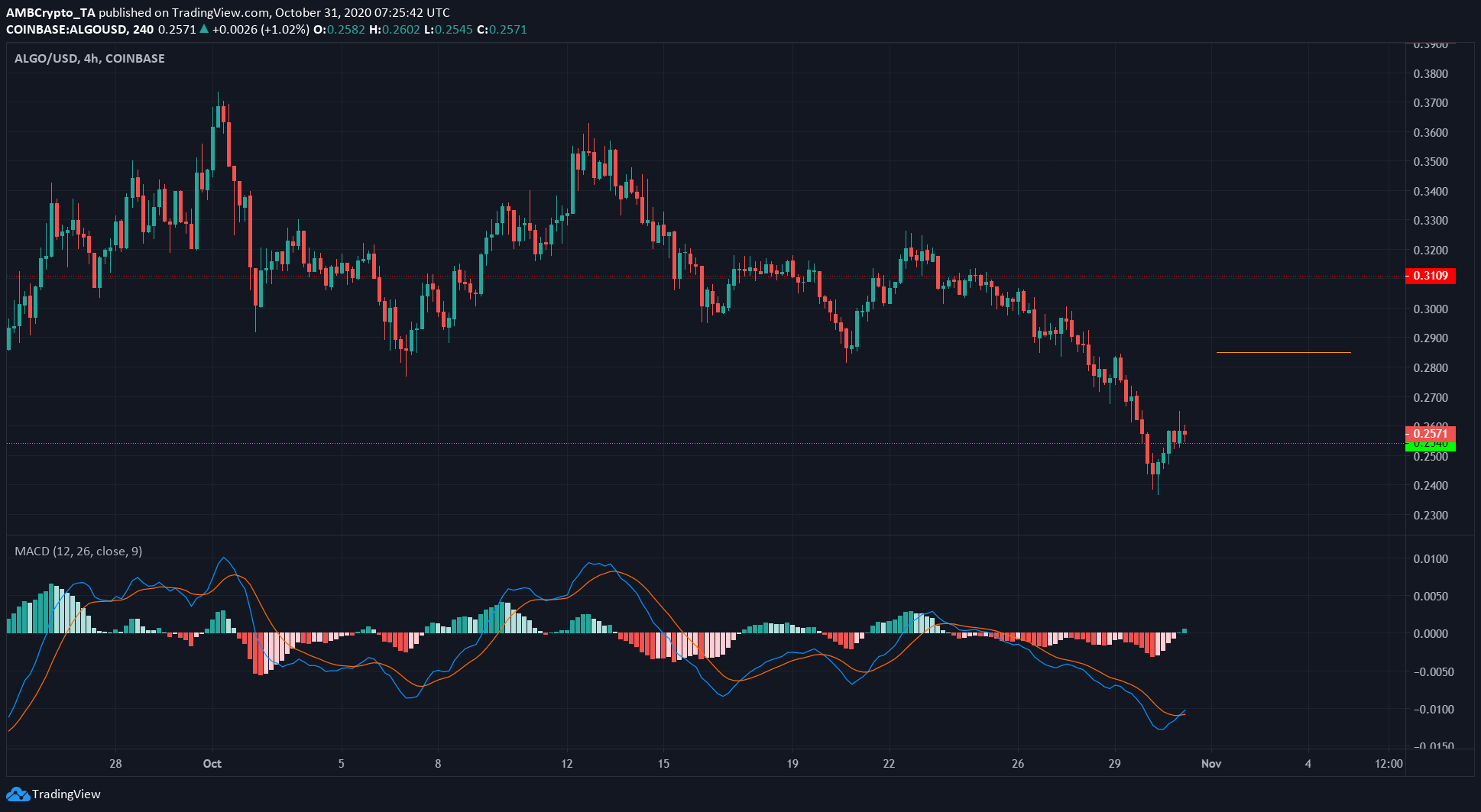 Algorand has been bearish in the past week and registered steady losses. The MACD agreed and had signaled ‘sell’ in the same time period.

The most recent trading sessions saw the MACD form a bullish crossover. It was a weak buy signal and could precipitate a bounce as high as $0.25. However, the momentum remained to the downside for ALGO. 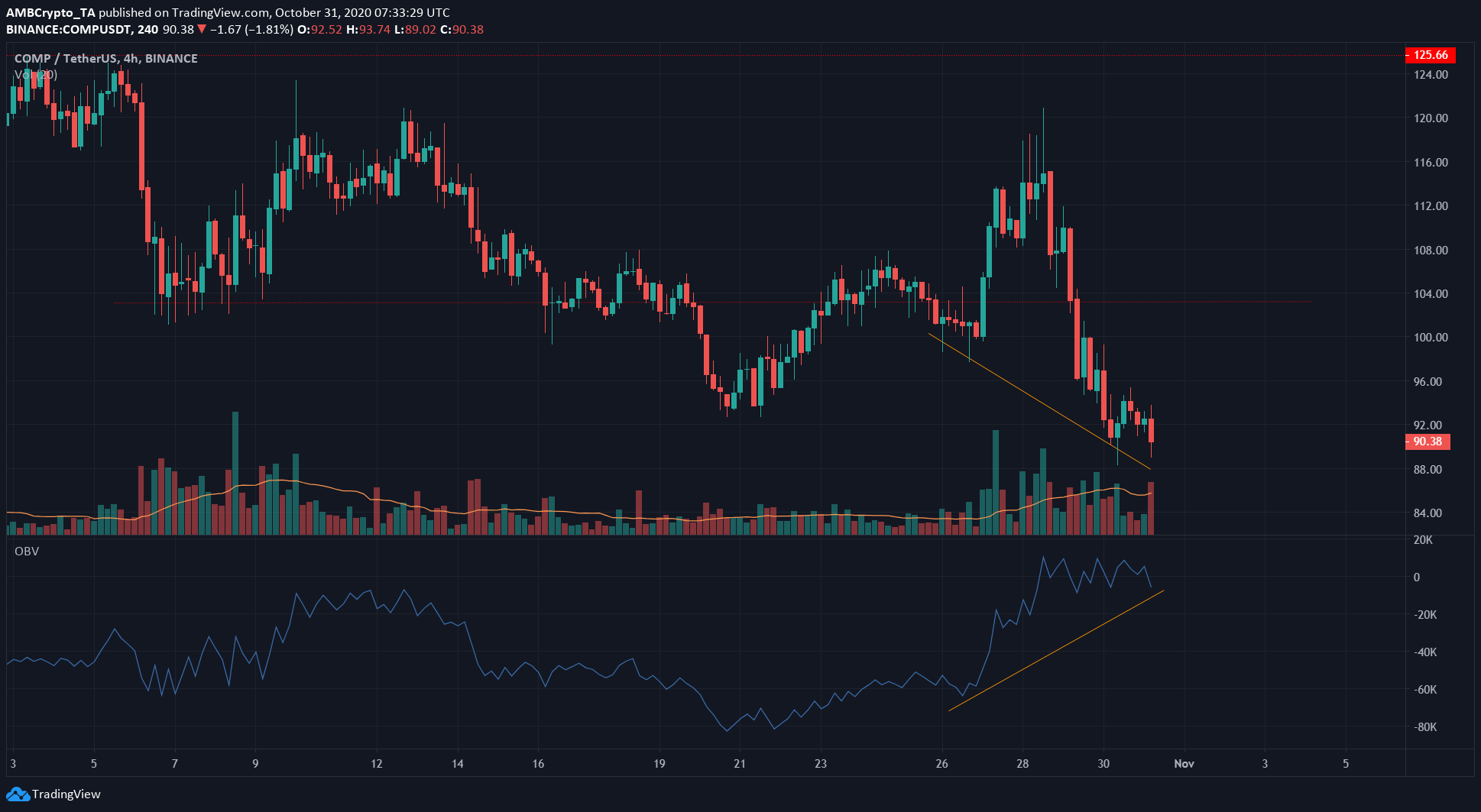 Compound lost a level of support at $104 last week and dipped as low as $93 before the bulls mounted a comeback. This surge saw COMP spike as high as $120 even as the rest of the market bled.

However, this was followed by successive sessions where the asset posted losses and was trading at $90 at press time.

Yet, the OBV showed that the buying volume in the past few days outweighed the selling volume. This bullish divergence indicated that COMP might be able to reclaim the psychological $100 once more.

Compound remains the fourth largest DeFi asset with $1.06 billion in TVL but it remains to be seen if COMP can recover once more.