Bitcoin’s performance could positively influence Bitcoin Cash, which has posted a series of lower highs in the past week. EOS retraced most of its downward move from earlier this month, while Dash formed a bull flag and could be poised to test a level of resistance soon. 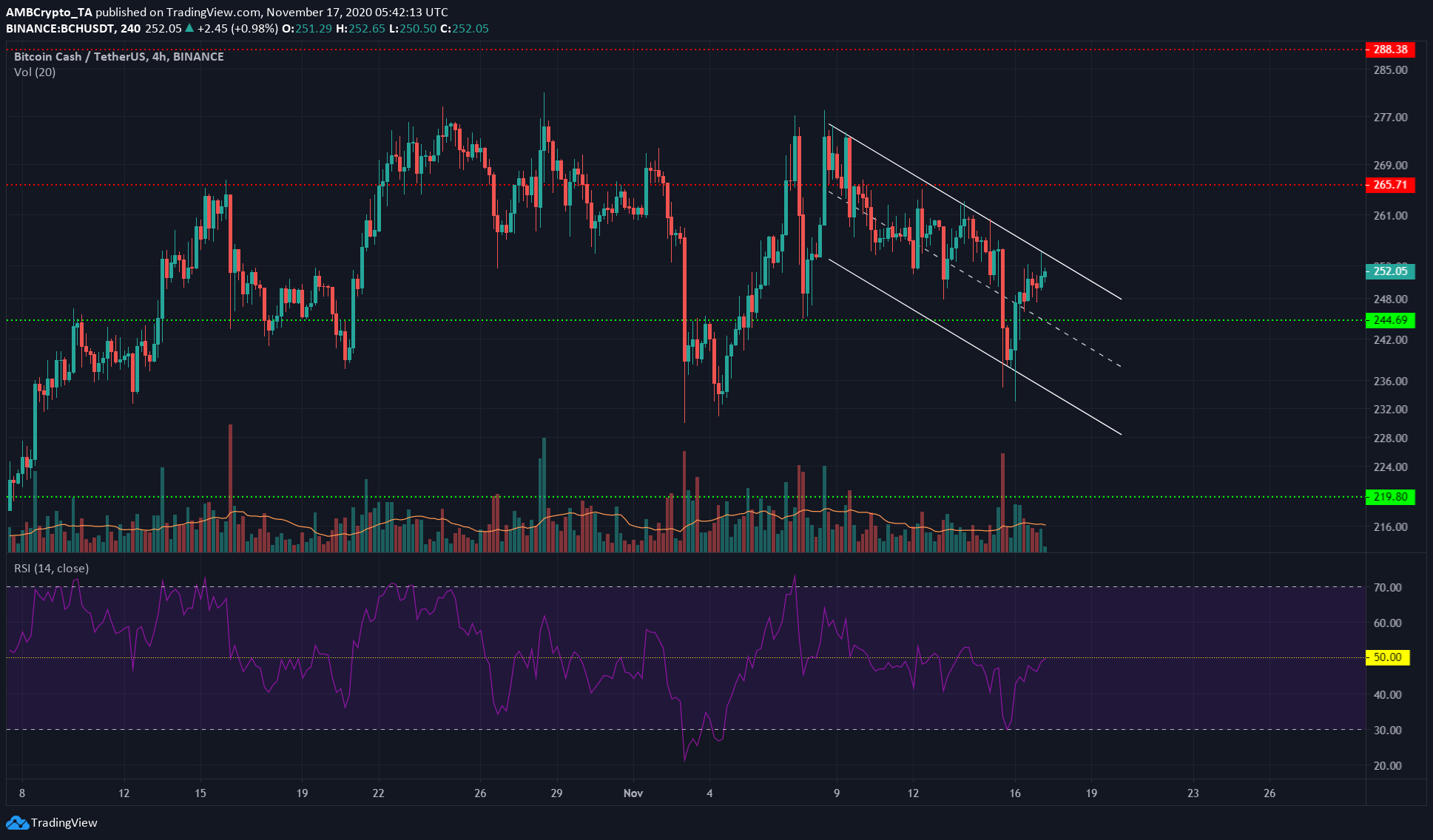 Bitcoin Cash was trading within a descending channel (white). It dipped as low as $238, but buyers immediately stepped in to drive the price back above support at $245.

BCH was valued at $251 at press time and headed toward the upper boundary of the channel. The RSI has been below 50 in the past couple of days and indicated a downtrend in progress.

However, recent bullish sentiment toward Bitcoin could work in BCH’s favor. As long as Bitcoin didn’t witness a drop, BCH could break out of the channel and head toward resistance at $265. 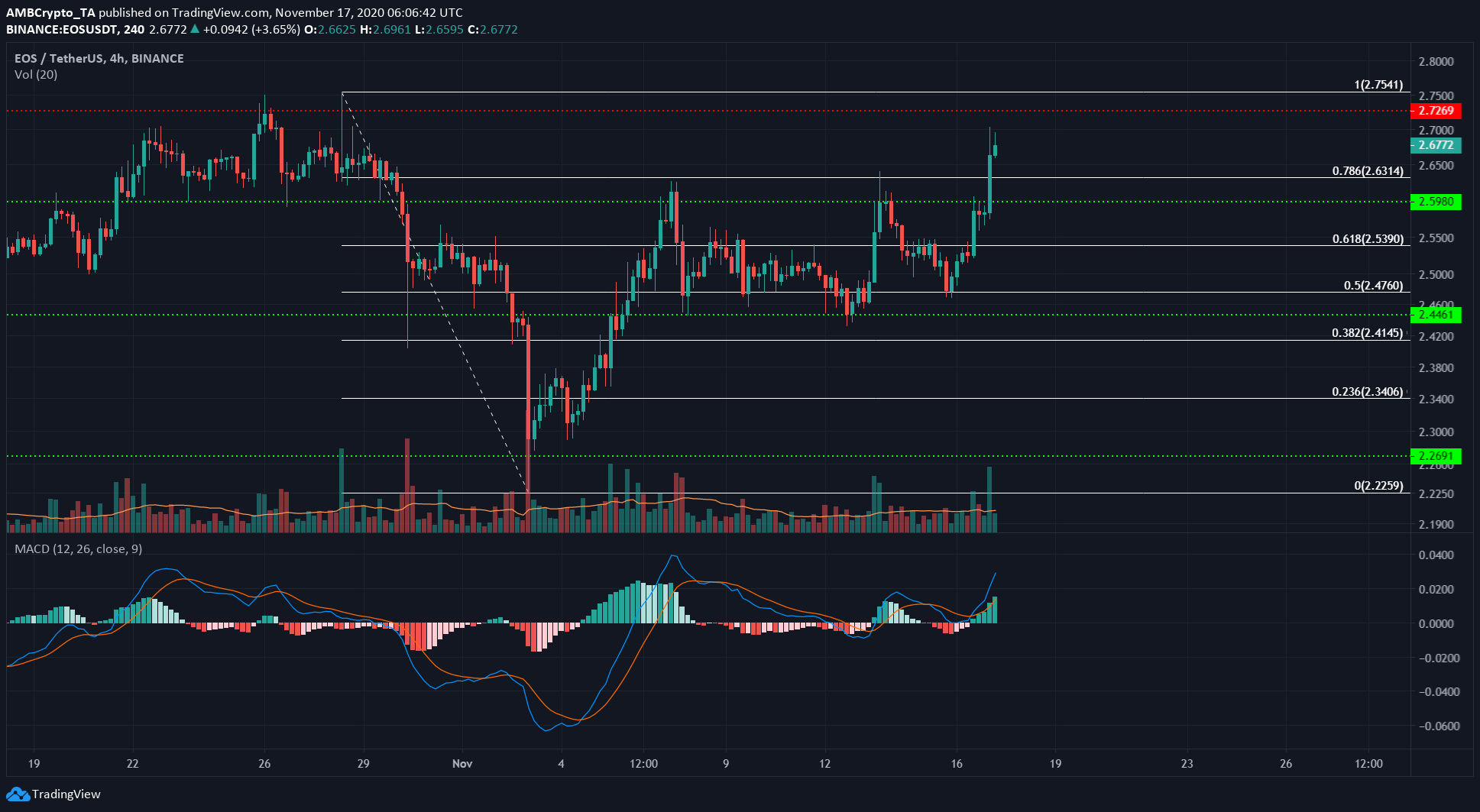 The MACD also indicated a strong bullish momentum. Using the Fibonacci Retracement levels, it can be seen that EOS has retraced most of its drop from $2.75 to $2.22 a couple of weeks ago.

A close above the $2.72 resistance for EOS could see some consolidation before another leg upward to $2.84. 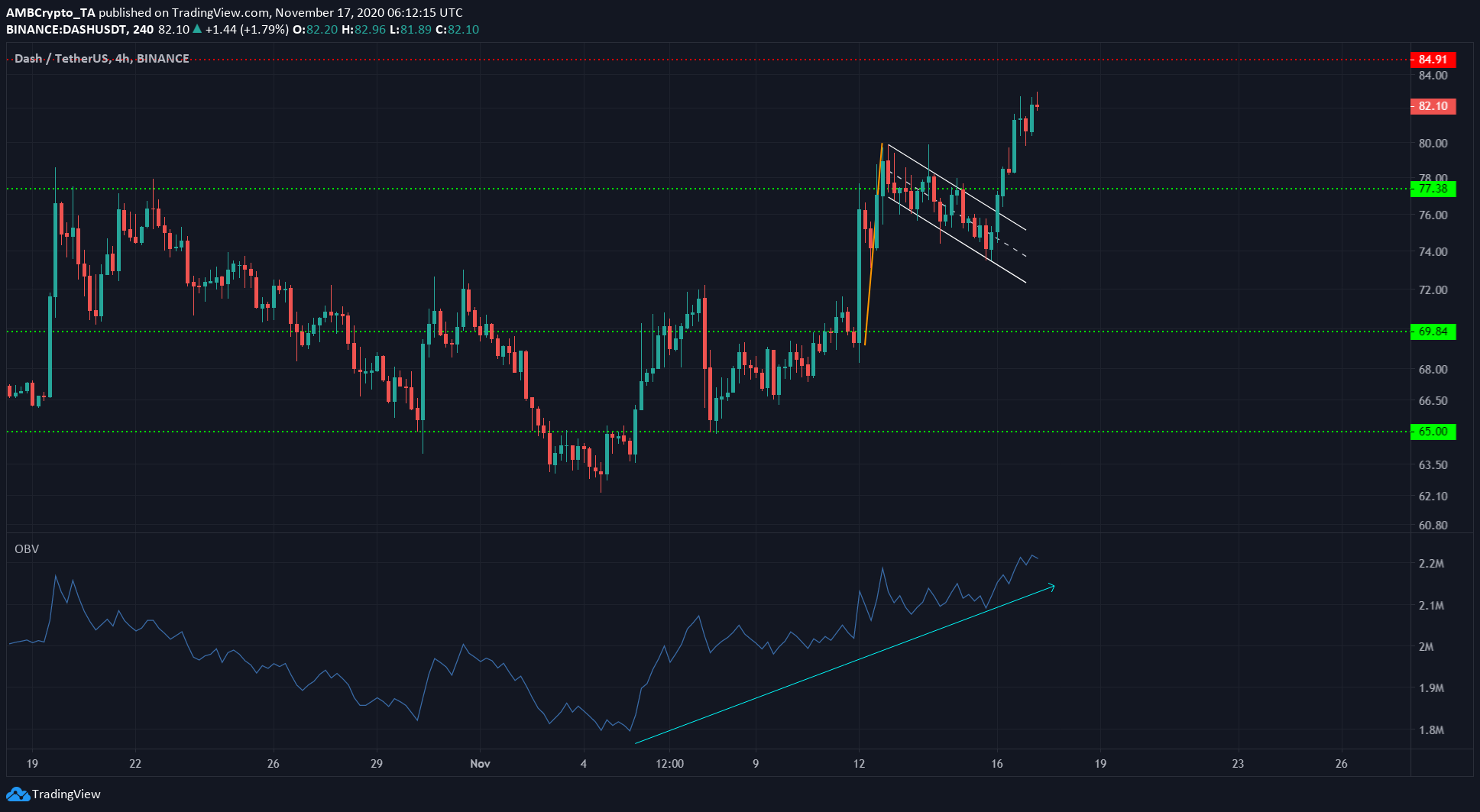 Dash formed a bull flag, with the flagpole (orange) and the flag (white) shown on the charts. This projected a target of $84 for the crypto asset, which is also a level of resistance and would be a good position to exit from a long trade.

The OBV legitimized DASH’s recent gains, as it formed a series of higher lows to indicate strong buying volume.

A minor pullback can be expected at resistance before another move upward for DASH in the next few trading sessions.