The market continued to note some bullishness even today, with a short- term cooldown visible for some digital assets. 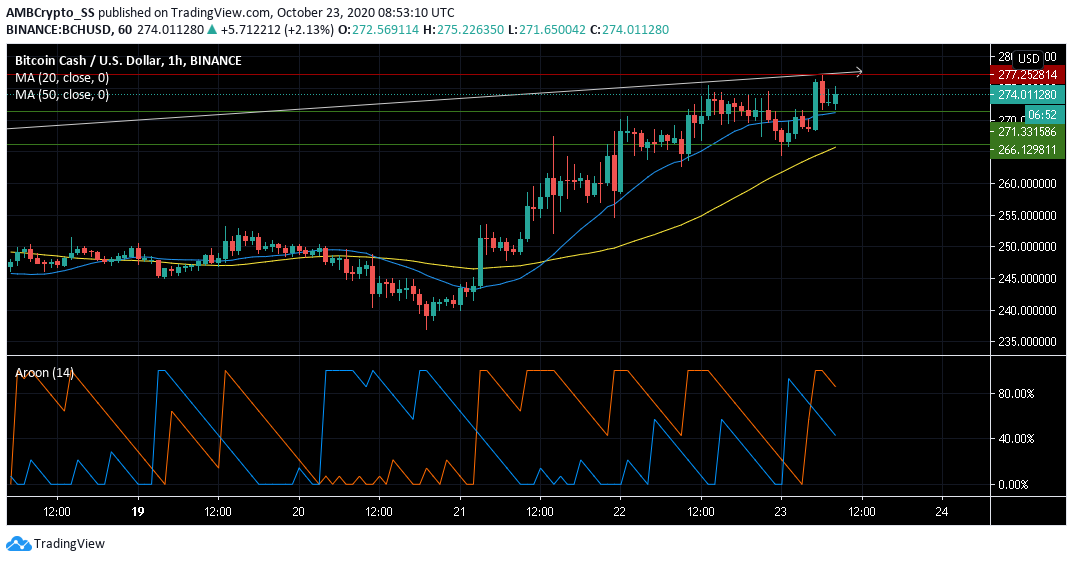 Bitcoin Cash witnessed a price surge by almost 4% in the last 24 hours, indicating the market momentum strongly sided with the bulls. The prices further rose to $274.23 at the time of writing.

The moving averages bullish crossover, with 20 SMA (cyan) above the 50 SMA (yellow), signaled a strong presence of a buying sentiment in the BCH market.

Aroon indicator was also bullish, with Aroon Up (orange) seen rising above Aroon Down (blue). 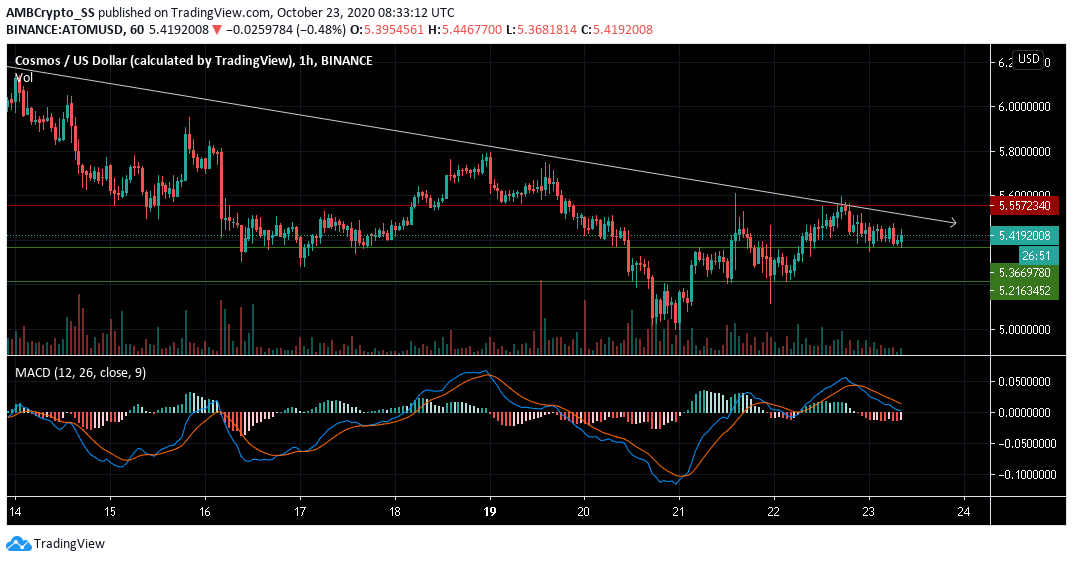 Cosmos faced stiff overhead resistance from the $5.55 level as prices were pushed down further over the last 48 hours. The price of the digital asset during the day ranged between its immediate support and resistance levels.

Cosmos also witnessed a sell-off, a scenario displayed by the MACD’s bearish momentum with the MACD line dropping below the signal line.

However, the volume indicator also noted some buy volume, indicating a fightback by the bulls to maintain prices above the $5.366 level of support. This could cause some resistance for a downward momentum to persist. 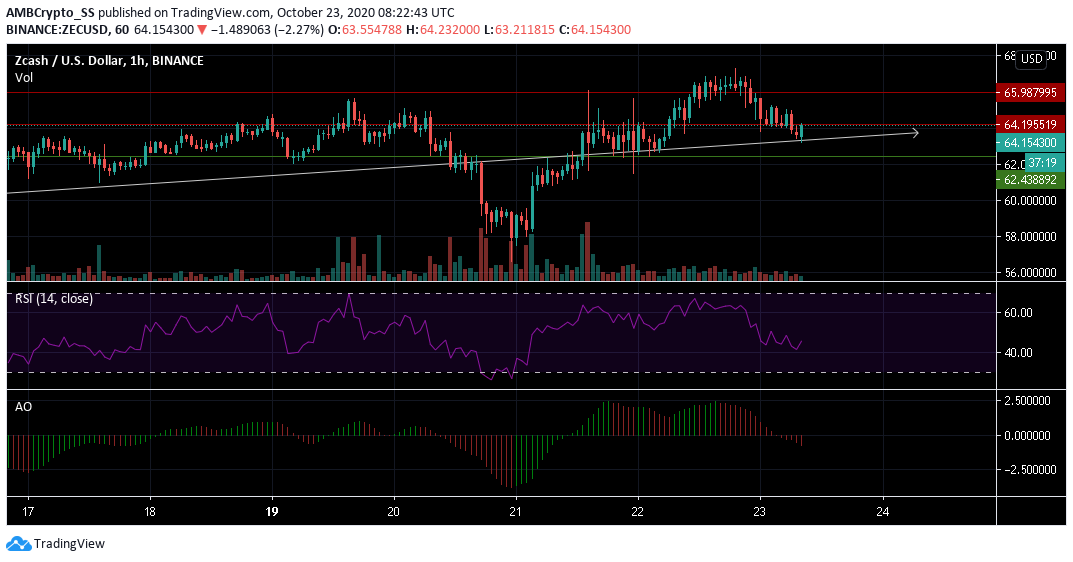 The digital asset at the time of writing was trading at $64.15. The Relative Strength Index in the ZEC market highlighted the exhaustion in the bullish camp, as the RSI level made lower lows and hovered near the 40 level.

Awesome Oscillator also entered into a clear bearish territory, making a bearish crossover below the zero line. A clear selling sentiment was visible from the two indicators, however, a pullback after a retest at the $62.438 support level may be expected.

Also, a further downwards price action, given the below-average trading volumes may potentially slow down any strong bearish trends in the short-term period.