The election outcomes in one of the most pivotal states in November—and again in a January runoff—may have been significantly affected by a total of $45 million from Facebook founder Mark Zuckerberg and wife Priscilla Chan, according to a government watchdog that has tracked the money used to finance election administration across the country.

Zuckerberg and Chan gave $350 million to the Center for Tech and Civic Life, which distributed the grants to 48 states and Washington, D.C. for election administration in the lead up to November 2020. Of that, $31 million went to Georgia for the general election, where Joe Biden narrowly carried Georgia’s 16 electoral votes beating Donald Trump by fewer than 12,000 votes. The center also gave $14.5 million to Georgia counties for the January runoff election where Democrats won two special elections, flipping the U.S. Senate majority to Democrats.

The Foundation for Government Accountability contends the grant money in Georgia and across the country was heavily weighted toward Democratic-leaning counties. While billed as election safety grants during the COVID-19 pandemic, only a small portion in any of the states the foundation examined was used for personal protective equipment. 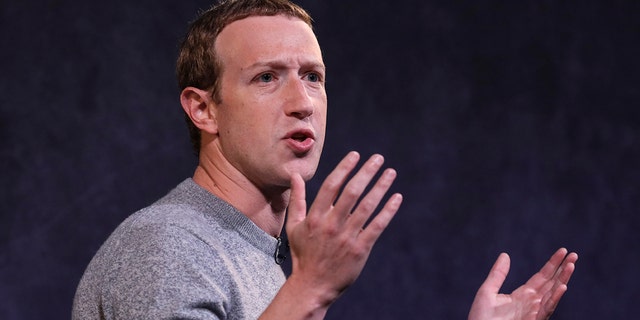 The CTCL gave about four times more in the Zuckerberg-financed grants to blue counties in Georgia as it gave to red counties, according to the FGA analysis.

For the 2020 election, the Center for Tech and Civic Life gave about $29 million in grants to Georgia counties that Biden won, with a rate of $7.13 per registered voter. By contrast, the center gave $2.3 million in grants—averaging $1.91 per registered voter—to counties that Trump won. The counties getting the most in the lead up to the presidential election were Fulton, Cobb and Dekalb.

About half of the counties that Biden carried received Zuckerberg money, while just 20 percent of counties Trump carried received any. The CTCL gave more than $1 million to only six counties in the lead up to 2020—all of which Democratic candidate Hillary Clinton carried in 2016. While the share of the Democratic vote increased in most Georgia counties from 2016 to 2020 by about one percentage point, counties that didn’t get Zuckerberg-funded grants “barely budged at all,” according to the FGA analysis.

The Center for Tech and Civic Life did not respond for to inquiries for comment, but has previously defended the grants to Fox News.

“Last year, with generous private funding, CTCL announced the COVID-19 Response grant program,” the organization told Fox News in a statement in April. “All local election offices responsible for administering election activities covered by the CTCL COVID-19 Response grant program were eligible to apply for grant funds. … Over half of all grants nationwide went to election departments that serve fewer than 25,000 registered voters.”

It’s important to look at the numbers and the facts, countered Bragdon.

“They will talk about most of the counties that got money had fewer than 25,000 people or that X percent of counties were Republican counties,” Bragdon said. “But the key here is to follow the money. And the money went disproportionately to Democratic counties. In Georgia, more than 90 percent of the money went to those Democrat counties. And you could see from the spending per registered voter that it was not proportionate at all.”

Although the justification for the grants was safety for voters and election workers during the COVID-19 pandemic, the watchdog group’s analysis says some counties didn’t spend any money on personal protective equipment. While Fulton, Cobb and Dekalb spent on average 1.3 percent of the Zuckerberg-funded grants on PPE, the bulk of the money was spent on mail-in voting, according to the report.

The $14.5 million in grants for the special Senate election was similarly spent, in which more than 60 percent of the Zuckerberg-funded grants went to heavily Democratic Fulton and Dekalb counties.

“We hope that as states consider the issue of private funding, they solve the real long-standing problem, which is making sure that election departments are fully funded so they are able to deliver a professional, inclusive, secure voting process for all of their voters,” Epps-Johnson told Fox News in April.