Wisconsin Gov. Tony Evers took a somber tone Friday following the outcome of the Kyle Rittenhouse trial, acknowledging the verdict has “reopened wounds,” but pleading with the community to remain peaceful.

“Kenoshans are strong, resilient and have spent the last year working every day together toward healing,” he said in a statement. The Wisconsin governor then asked “everyone who might choose to assemble and exercise their First Amendment rights in any community to please only do so safely and peacefully.” 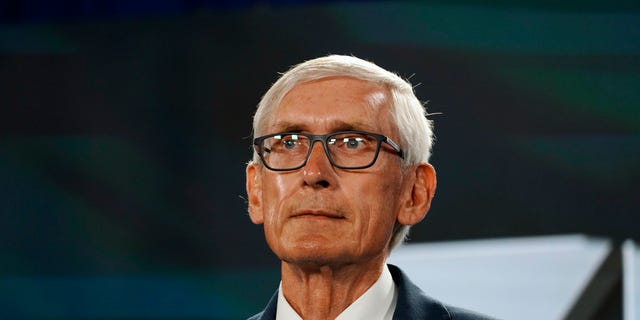 By August 2020, Kenosha became a political flashpoint in the presidential election after 17-year Kyle Rittenhouse shot and killed two men and injured a third.

Rittenhouse, now 18, testified he acted in self-defense after traveling to the city to protect private property from rioters.

Kyle Rittenhouse reacts after he is found not guilty on all counts at the Kenosha County Courthouse in Kenosha, Wis., on Friday, Nov. 19, 2021.  The jury returned with its verdict after close to 3 1/2 days of deliberation.
(Sean Krajacic/The Kenosha News via AP, Pool)

The case, which became emblematic of U.S. political division, concluded Friday after Rittenhouse was acquitted on all counts.

Evers appeared concerned that violence could resurge in protests to the verdict, and he urged the surrounding communities to maintain peace. 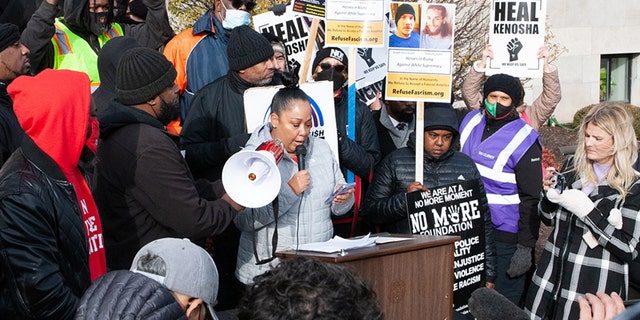 “We must have peace in Kenosha and our communities, and any efforts or actions aimed at sowing division are unwelcome in our state as they will only hinder that healing,” Evers said. “I’ve seen the pain and the frustration of so many, and we must remain steadfast in our commitment to ending violence in our communities, supporting victims and survivors as they heal from trauma.

“We must move forward, together, more united and more motivated to build the sort of future we want for our state.”