An outraged LBC caller has criticised Nicola Sturgeon’s desperate attempt to hold a second independence referendum in an impassionate speech, claiming there is no motive to hold a second divisive vote while the country is an “utter mess.”

In the weeks leading up to the First Minister’s indyref2 announcement, opposition leaders have been pinpointing the crippling problems facing Scotland – such as the cost-of-living crisis and the NHS shortages. Although polls show the Scottish public is divided on independence, Ms Sturgeon is still trying to press ahead with an unpopular second referendum.

The move led to ire from LBC caller Stuart, from Edinburgh, who saoid: “Scotland is an utter mess. There’s no reason for doing this. Our health service is a joke. It’s collapsing. We’ve got the highest rate of drug deaths in Europe, with no sign of that changing. We’ve got massive problems and this is what they’re doing?”

In May, Scottish Conservatives leader Douglas Ross, who repeatedly criticised the SNP for turning a blind eye to Scots’ real problems, slashed the SNP for “presiding over the huge rise in numbers” of drug-related deaths. In 2020, Scotland had the second-highest rate of drug-related deaths in Europe, with more than 1,300 deaths registered by the National Records of Scotland – the highest death toll since records began in 1996.

Stuart said: “She does not have a mandate on local elections to call for another referendum. This is an utter disgrace. She’d had this party, the party had 14 years to get something right. And they are still getting it wrong. And they’ll get it wrong with independence because they won’t get independence.” 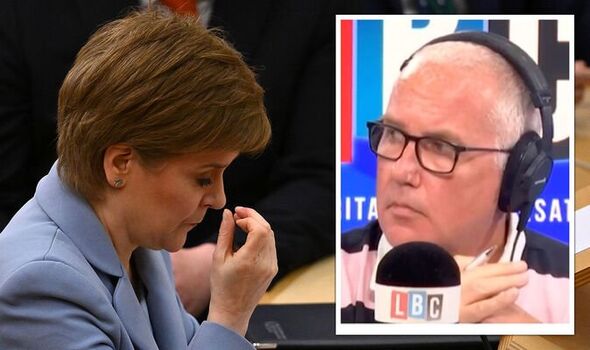 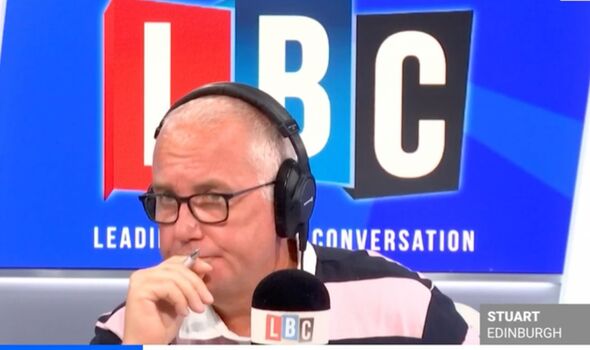 At Tuesday’s conference announcing her roadmap to get a referendum, Nicola Sturgeon pinner all her hopes on the Supreme Court. Instead of waiting for Boris Johnson to greenlight her request – which the Prime Minister has so far turned down – she has decided to opt for another legal route and asked the Supreme Court to give a ruling on the legality of Indyref2.

Opposition leaders have pushed back against a second referendum, saying Scotland is mired in issues like the NHS crisis and the cost of living.

“We can’t run ourselves properly,” Stuart added. “We can’t do it now. Maybe we’ll be able to do it in the future. But this is a United Kingdom. It’s one country, it is one people, one country that can go forward… we’ve just come out of a pandemic.” 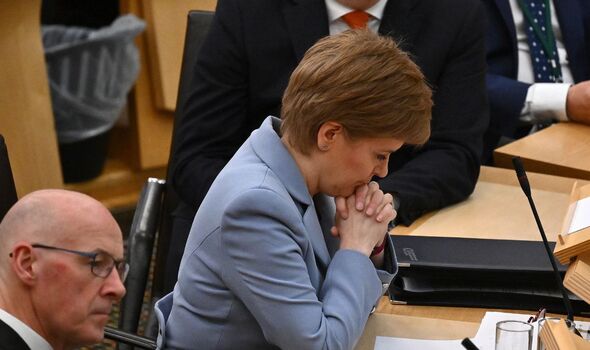 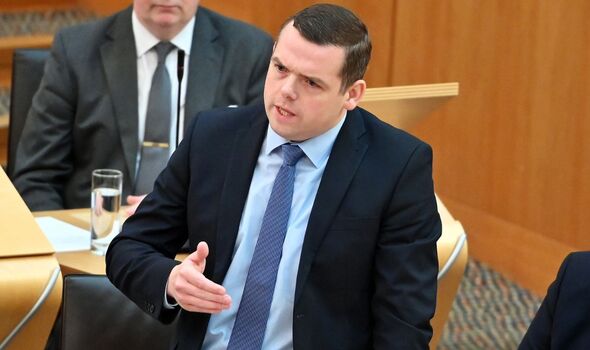 In her speech on Tuesday, Nicola Sturgeon insisted that now is the time to hold a referendum. The polls, however, show the issue polarises the Scottish electorate. According to YouGov’s latest poll on Scottish independence, 55 percent of Scots are against independence. And that trend has been on the rise since March.

Stuart said: “She was given 40-odd million by Westminster to help people in Scotland with issues due to the cost of living. The money is still set in the bank. She has done nothing with it.”

LBC’s host Eddie Mair asked: “And if I can ask you, Stuart, it’s not my business – you don’t have to tell me. Who do you generally vote for?” 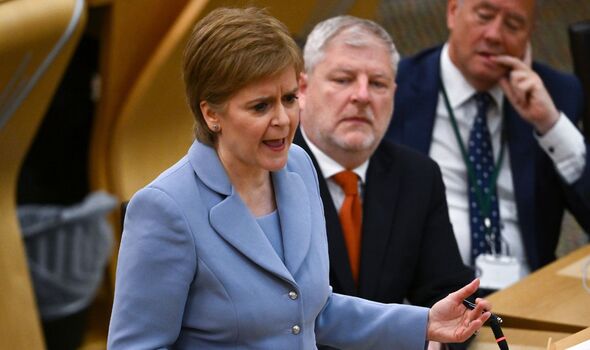 Between laughter, Stuart said: “Eddie, at the moment they’re as bad as each other. But as one country, we’re one people. We can get through this. I don’t know, I don’t vote Tory. I’m a Labour Party man.

“Do you want to know? If they do want independence, get the ducks in the row, and sort out the alcohol and the drug problems. Sort out the money that is squandering ferries and other fiascos. Get your ducks in a row. Then go to the Scottish people and say: ‘yes, we’re ready. We can do this.’