This autumn, as the government seeks to claw back some of the unprecedented emergency spending undertaken since COVID-19 hit the UK, familiar security blankets like the £20 uplift to Universal Credit are set to be ripped from people’s shoulders.

It won’t be without its consequences.

Doctors, charities and even some Conservative MPs are calling on the government to rethink its decision to end the uplift.

The Joseph Rowntree Foundation (JRF) says that most parts of England, Scotland and Wales will see more than one in three families and their children affected as a result of the £1,040-a-year cut.

The Trussell Trust estimates that nearly a quarter of a million parents on Universal Credit fear not being able to sufficiently put dinner on the table for their children when the £20 cut comes into force from October.

Among them, 39-year-old mum of four Ellen from Byker in Newcastle – who tells Sky News’ Trevor Phillips on Sunday programme that she fears the worst.

“For me to pay my bills… it’s going be very hard.

“Maybe [the government] might think the £20 is nothing – it’s a big deal for us. It does help us through.

“It might help a lot even sometimes buying a week’s milk for the kids, bread for the kids, it does help a lot. So with that £20 taken off I think a lot of families are going to be struggling.”

She also voiced fears her children would become open to bad influences if she can’t provide for them.

“The kids… if they don’t get what they are supposed to have at home they end up [in the streets].

“We keep on struggling, we keep on trying to cope.”

Campaigners say that if this cut goes ahead, the government risks repeating “the same mistakes” made after the last time the UK faced an economic crisis in 2008 – when those who had the least often lost out the most.

And it’s places like the North East – home to those infamous 2019 Red Wall gains the government deems so crucial to their electoral fortunes – that are set to lose out the most.

The JRF say 46% of all working-age families with children in the region who claim Universal Credit will be affected by the cut.

Jo Ray, director of Karbon Homes, a housing association in the North East, has seen first-hand the benefits the uplift has brought to families during the pandemic.

“It’s been a real lifeline for people. 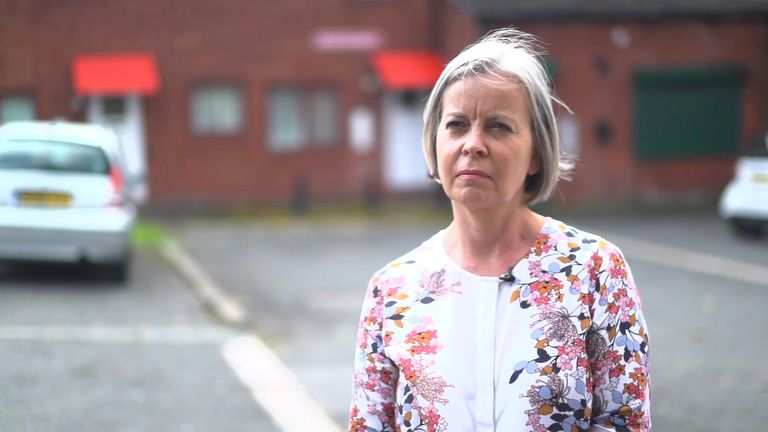 “I think this is gonna have a really serious impact on many, many families across the UK.”

Mike Meddra runs a food bank in Byker, carefully designed so that users can collect points and shop for items to lessen the stigma of seeking much-needed help.

He’s seen demand for Byker Pantry soar during the pandemic – hence measures like the £20 uplift have proved so vital.

One mum visiting the food bank with her daughter – who didn’t wish to be named – told Sky News she is already planning on starving herself at certain times of the week so that her children don’t go without, in anticipation of the cut. 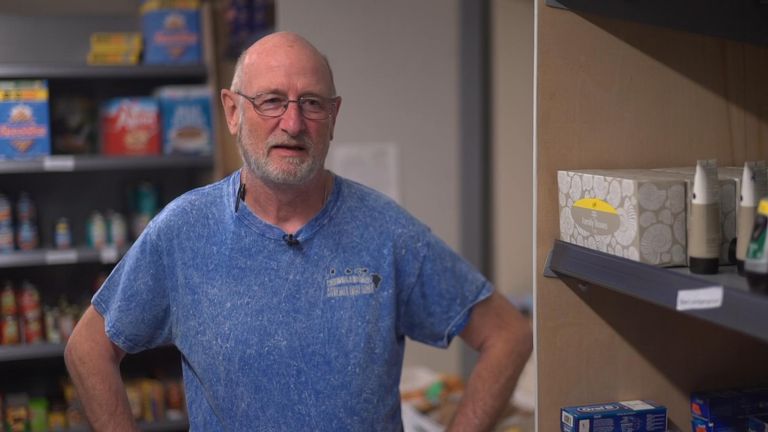 Mike tells Trevor Phillips on Sunday: “I don’t know how they’re going manage, people who really need it really need it. I think it’s a shame.

“The timing has got to be better than this. I think you’ve got to wait until everything is back to normal, because if you take it away now you’re setting up people to fail and that’s just unnecessary and it’s degrading.”

Mike also had a Red Wall warning to the government on its levelling up agenda.

“[Cutting the £20 uplift] won’t help. This is the sort of negative action that will damage any good. Simple as that. You’re playing with people’s lives and people don’t forget,” he said.

“And as Boris said, he’s borrowed our votes from the North – and borrowing means you can take them away as well.”

But the Treasury seems to have made up its mind on this. The number of people receiving the benefit has doubled during the pandemic, increasing its cost significantly.

The focus now in Whitehall will be the government’s “Plan for Jobs” and getting people back into work.

A government spokesperson said: “As announced by the Chancellor at the Budget, the uplift to Universal Credit was always temporary. It was designed to help claimants through the economic shock and financial disruption of the toughest stages of the pandemic, and it has done so.”

Food banks, both in the North and South, have told Sky News they fear the consequences of a winter where families across the country are braced for a triple blow of measures being taken away in the coming weeks; not only the universal credit uplift, but the end of the furlough scheme and extended notice for evictions are all being viewed with trepidation.

The real economic scars COVID-19 has left behind for households to grapple with are about to be revealed.

For many families across the UK, the winter ahead is already looking long and dark.

Watch the full report on Trevor Phillips on Sunday from 8.30am on Sky News.

Tags: famil, keep, On, Struggling, we