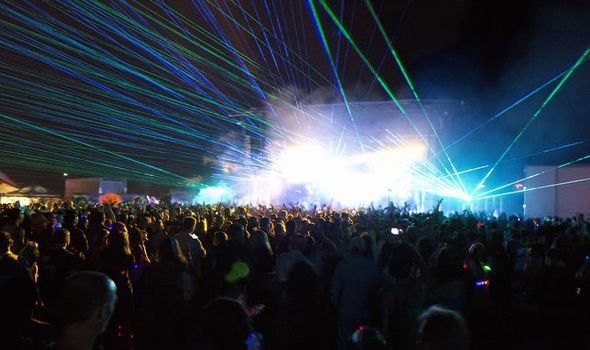 Asked whether he had made up his mind about vaccines passports, Mr Zahawi said: “We are looking at, by the end of September when everyone has had the opportunity to be fully vaccinated, for the large venues ‑ venues that could end up causing a real spike in infections ‑ where we need to use the certification process.

“If you look at what the FA have done, they’ve done so brilliantly in terms of checking vaccine status to reopen football.

“That is the sort of right thing to do and we are absolutely on track to continue to make sure that we do that.

“There’s a reason for that ‑ the reason being is that, I, as does the Prime Minister, want to make sure the whole economy remains open.”

Promising to do “anything in my power” to prevent another Covid lockdown this winter, Mr Zahawi said: “The worst thing we can do for those venues is to have a sort of open-shut, open-shut strategy because we see infection rates rise because of the close interaction of people.

“That’s how the virus spreads. If people are in close spaces in large numbers we see spikes appearing.

“The best thing to do then is to work with the industry to make sure that they can open safely and sustainably in the long-term and the best way to do that is to check vaccine status.”

Mr Zahawi also pledged parents would be asked for their consent before their children were given Covid jabs.

The minister said the Government had yet to decide whether to go ahead with vaccinating healthy youngsters aged between 12 and 15 against the disease.

But he “absolutely” guaranteed that parental permission would be sought if the plan went ahead, before inoculations were given.

But ministers are seeking advice from other experts, including England’s Chief Medical Officer Chris Whitty, before they make a final decision.

Mr Zahawi told Sky News’ Trevor Phillips on Sunday: “We have not made any decisions, so we haven’t decided not to listen to the experts.

“On the contrary, all four ministers, the [health] Secretary of State Sajid Javid and his fellow ministers in the devolved administrations have agreed to ask the chief medical officers to convene expert groups, including the JCVI being in that, to be able to recommend which way we should go on healthy 12 to 15-year-olds.”

Asked whether parents’ consent would be sought before their children get jabs, the minister said: “I can give that assurance, absolutely.”

He also said children would be allowed to go against their parents’ wishes if they attempted to stop them getting vaccinated “if they are deemed competent”, in line with a long-held legal principle.

Mr Zahawi said he hoped the transition of the virus “from pandemic to endemic status” would continue so people could enjoy activities with the economy fully open and “get life back to as normal as we can make it as quickly as possible”.

He said: “Nobody enjoys, by the way, in this Government ‑ certainly not this Prime Minister ‑ having restrictions on people’s freedoms. It goes against the DNA of this Government to do that.”

Prof Openshaw, who is a member of the New and Emerging Respiratory Virus Threats Advisory Group (Nervtag), told BBC Breakfast he was “a little surprised” at the JCVI’s decision.

He said: “We do know the virus is circulating very widely amongst this age group and that if we’re going to be able to get the rates down and also prevent further surges of infection, perhaps later in the winter, then this is the group that needs to become immune.

“And the best way to become immune is through vaccination and there’s never been as much information as this in the past.To think there hasn’t been enough research is completely wrong.”

Prof Openshaw added: “To my mind, the public health benefit is very, very important, and we have to take the wider view that unless we do get infection rates down amongst this particular part of the population, it will be very, very hard to prevent further large [Covid] recurrences.

“I would say that teenagers are often amongst the most altruistic and the most generous people in society. They often think very deeply about these moral and ethical issues and they want to protect others as well. So I would think that a lot of teenagers, if they see the evidence in the round, would prefer to be vaccinated.”

Meanwhile, four million Pfizer- BioNTech vaccine doses from the UK began arriving in Australia yesterday, in a historic partnership between the Commonwealth countries. The first batch of 292,000 jabs was unloaded after a Qantas flight from London landed in Sydney.

The deal is designed to speed up Australia’s vaccination rollout, one of the slowest in the world.

He added: “From Downing Street to Down Under, we are doubling down on what Pfizer doses are here in Australia this month.”

The UK has calculated that it does not currently need all its stockpiled jabs, which will expire in a matter of months.

But it still allows London to boost supplies later this year, in anticipation of a broad booster campaign and jabbing 12 to 15-year-olds.

There were 37,011 new Covid cases confirmed across the UK yesterday and 68 deaths.