Because he has only served one term since his 2016 election, Mr Trump would be eligible to run again in the future if Joe Biden wins the presidency. And a shock return is not unlikely, close ally Nigel Farage has claimed, saying he’s “going nowhere”. Mr Farage told Politico: “Donald Trump doesn’t get defeated. He doesn’t work like that.

“Donald Trump loses the odd battle, but he doesn’t lose wars. He keeps fighting until he wins them.

“This guy’s not going away. There’s absolutely no way he’s gonna disappear.

He said the Republicans would be foolish to turn down Mr Trump’s candidacy in a future election, warning they would be defeated heavily without his star quality and charisma.

Mr Farage said: “I don’t think the Republican Party would have got anything like this number of votes with any other candidate.

“If they want to go back to Mitt Romney Republicanism they can do that. But they’ll get smashed next time round. He is still their single best hope by some margin.”

With a number of battleground states still to play for, Joe Biden is a narrow favourite to oust Mr Trump and become US president. 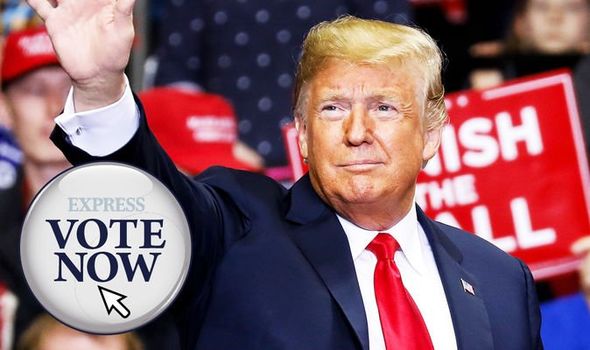 It would mark the first time a sitting president has lost an election since George HW Bush in 1992.

The prospect of a shock defeat has infuriated Mr Trump, who has claimed, without proof, the election has been rigged against him.

This morning he said on Twitter: “I easily WIN the Presidency of the United States with LEGAL VOTES CAST. 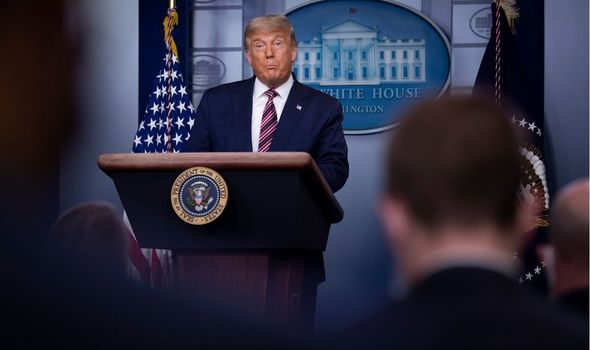 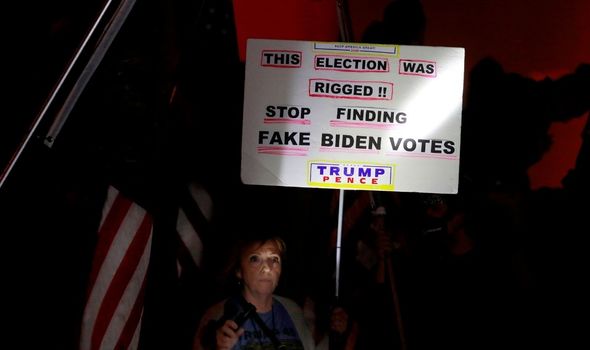 “The OBSERVERS were not allowed, in any way, shape, or form, to do their job and therefore, votes accepted during this period must be determined to be ILLEGAL VOTES.

His comments have not been backed up by any proof and his attempts to legally interfere with counting has been blocked Pennsylvania, Georgia and Michigan.