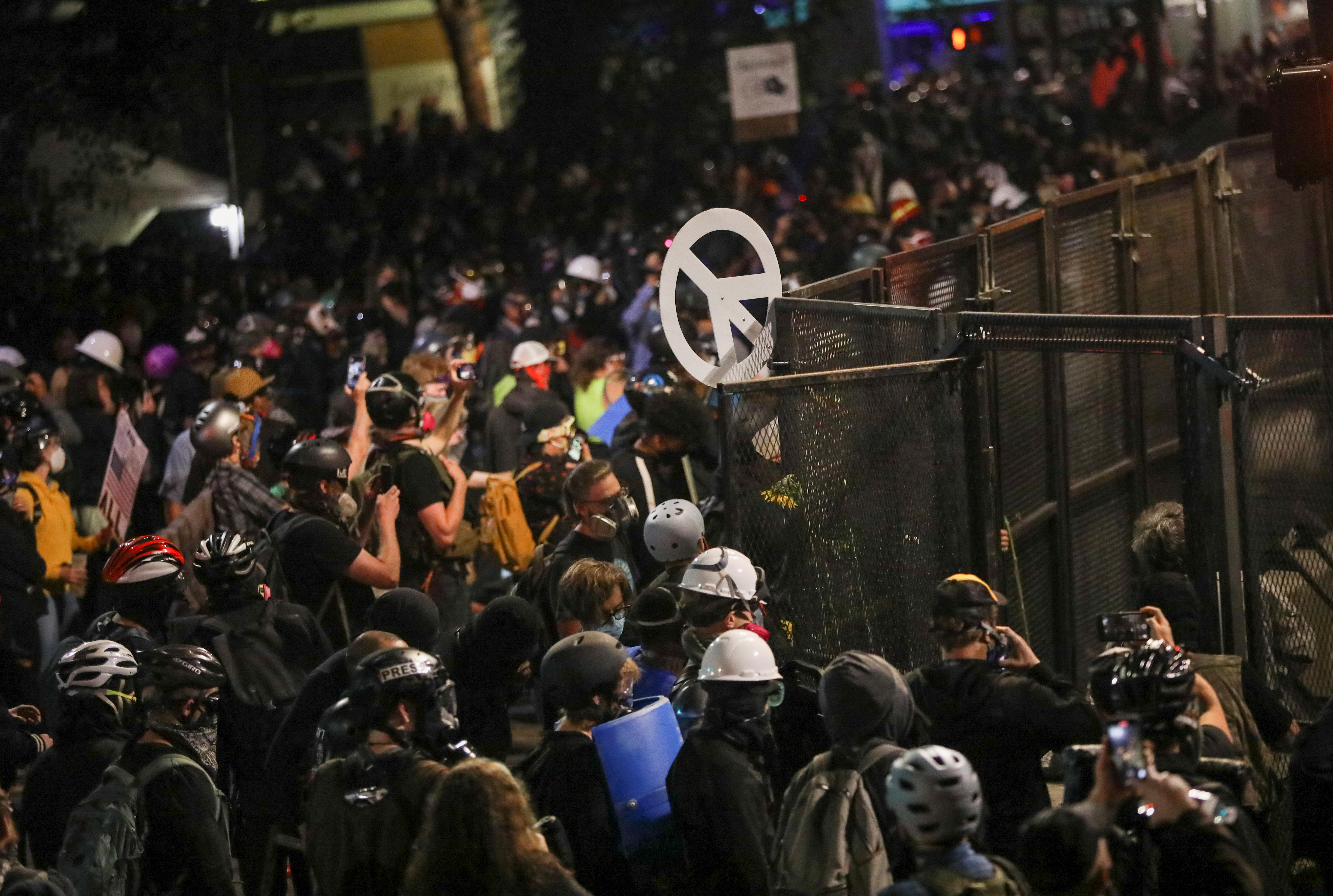 WASHINGTON (Reuters) – The U.S. Justice Department’s internal watchdog on Thursday launched probes into the use of force by federal agents in Portland, Oregon and Washington during recent protests against police violence.

Inspector General Michael Horowitz said his office will launch an investigation into allegations that federal agents used excessive force against peaceful protesters in Portland and a separate review into actions taken against protesters in Lafayette Square near the White House on June 1.

In recent days, Democratic lawmakers had sent a letter asking for an investigation amid concerns that Attorney General William Barr and acting Homeland Security Secretary Chad Wolf were using federal agents to “suppress First Amendment protected activities.” The First Amendment to the Constitution protects the right to peacefully assemble.

Horowitz said he would be coordinating with the internal watchdog for the Department of Homeland Security in his investigation into excessive force in Portland, a probe which was requested by the U.S. Attorney for the District of Oregon in addition to House Democrats.

The White House did not immediately comment on the announcement. A spokesman for the Federal Protective Service, part of DHS, declined to comment on a pending investigation.