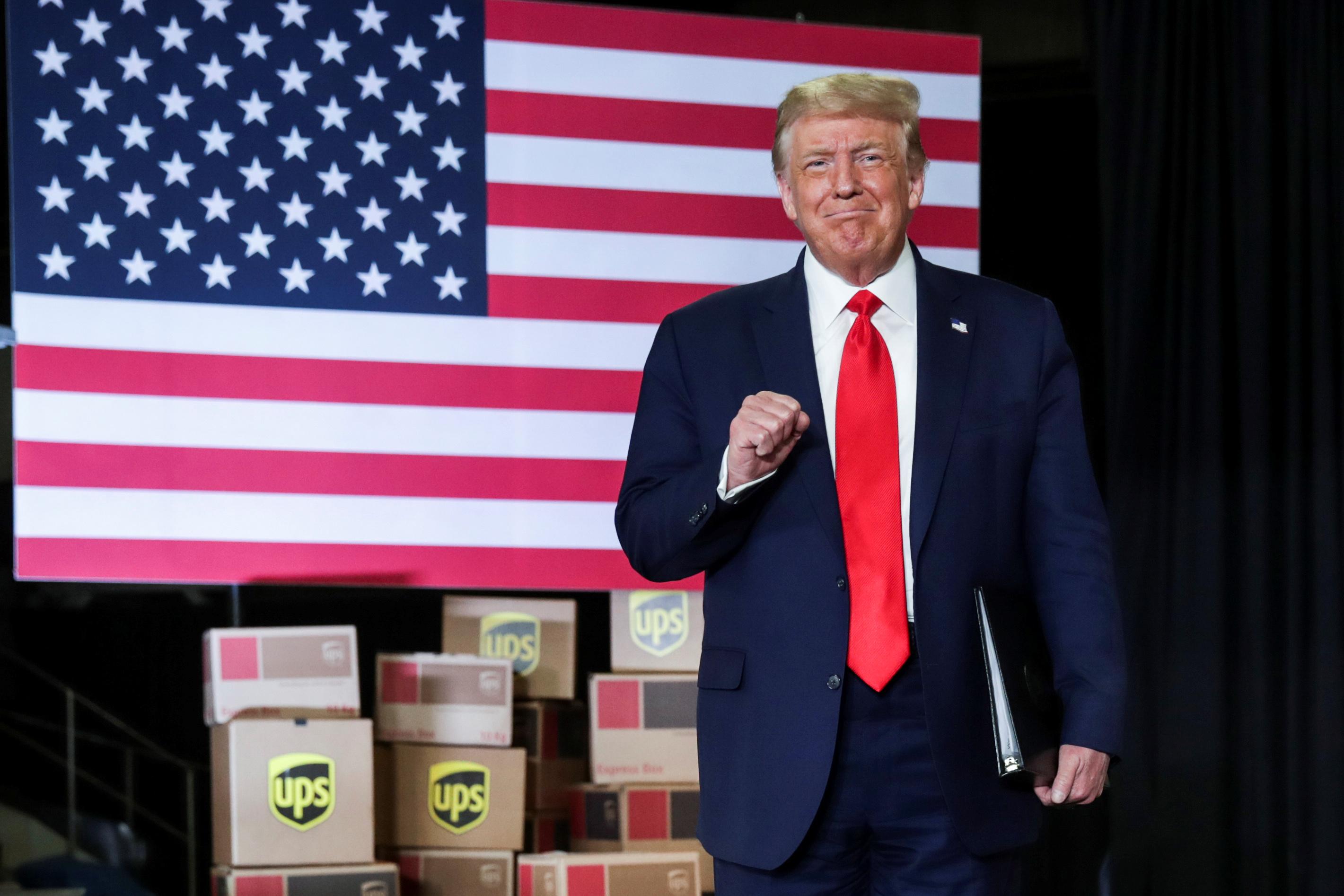 WASHINGTON (Reuters) – President Donald Trump raised $20 million for his re-election during his first virtual fundraiser on Tuesday, raking in 300,000 donations from across the country and holding a Zoom call with a contest winner, his campaign said.

The fundraiser, co-hosted by Trump Victory Finance Committee National Chair Kimberly Guilfoyle, came as the Republican president ramps up his fundraising for the final stretch of the campaign against presumptive Democratic nominee Joe Biden.

Biden, the former vice president, raised $63.4 million for his campaign in June, compared with Trump’s $55.2 million, outraising the incumbent for a second consecutive month, according to Federal Election Commission filings published Monday.

Biden, who has held a string of virtual fundraisers as he has been largely forced off the campaign trail by the coronavirus outbreak, also leads in opinion polls ahead of the Nov. 3 election.

Trump and Biden will be formally nominated for the general election showdown at next month’s party conventions.

“The most important measure of success in this race is enthusiasm, and the enthusiasm from President Trump’s supporters cannot be matched,” Guilfoyle said in a statement.

In addition to talking to donors at the fundraiser, the campaign said Trump talked remotely with a contest winner, a teacher from Texas.