Michael T. van der Veen, a lawyer who represented then-President Donald Trump during his second impeachment trial, should soon be returning to Washington to defend a man accused of storming the U.S. Capitol with members of the extremist Oath Keepers militia.

The Philadelphia-based personal injury attorney argued for Trump in the Senate proceedings after the president was impeached for inspiring the deadly insurrection on Jan. 6. Van der Veen filed Monday to defend Jason Dolan, a 44-year-old resident of Wellington, Florida, when he appears in Washington to face four federal charges connected to his alleged role in that riot.

Federal agents said that Dolan ― who reportedly went by the moniker “Turmoil” ― rented a vehicle and traveled to Washington with another defendant and stayed at the Hilton Garden Inn in Washington. He joined the crowd Jan. 6 on the central east steps of the U.S. Capitol and helped form a “stack” of Oath Keepers that forcibly entered the Capitol, according to an indictment returned by a grand jury in Washington last month.

Dolan was arrested in Florida on May 27 and ordered released ahead of his trial by a federal magistrate judge, but the order was delayed after the government indicated it planned to appeal.

He was among 16 people identified as Oath Keepers who were indicted as “conspirators” in a plot to hinder the certification of the Electoral College vote on Jan. 6 that would be the final step in affirming Joe Biden’s presidential win.

Along with multiple others, Dolan was charged with conspiracy and entering a restricted building or grounds, as well as obstruction of an official proceeding, destruction of government property, and aiding and abetting others who did so.

Appearing at a hearing Wednesday via Zoom, van der Veen accused prosecutors of overreaching, according to the Palm Beast Post. The indictment indicated that Dolan was inside the Capitol for only about 20 minutes, van der Veen argued. He also noted that Dolan is accused in the indictment of joining only one of the online Oath Keepers meetings to plan efforts to overturn the November presidential election, though an FBI agent testified that there is evidence he participated in many planning meetings.

Van der Veen did not immediately respond to a request for comment.

A federal court in D.C. has scheduled a detention hearing for Friday, and the government was ordered to file a motion laying out its case for detention by Tuesday.

Judge Amit P. Mehta ordered the U.S. Marshals Service not to transport Dolan to the nation’s Capitol ― where several Capitol defendants facing serious charges are being held before trial ― until the court decides whether to detain Dolan ahead of his own trial.

U.S. Magistrate Judge William Matthewman of the Southern District of Florida said that Dolan could be released under careful supervision, including detention at his home with his wife and 18-year-old daughter. 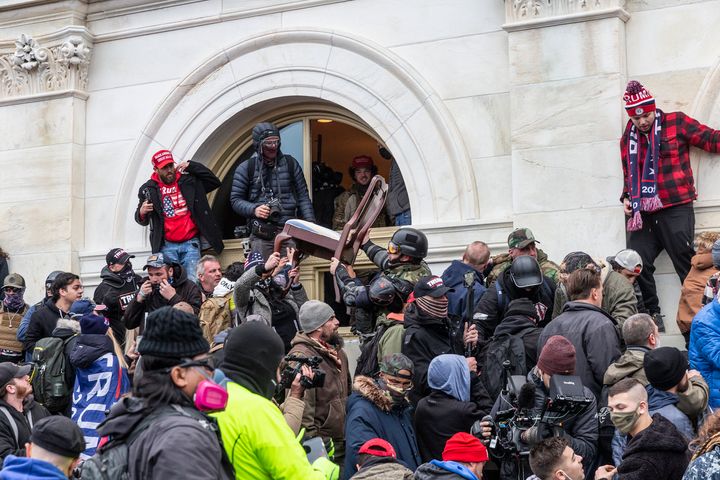 “It must be noted at the outset that Defendant is a U.S. citizen and resident of Palm Beach County, Florida; he is married with an adult child; he has no prior criminal convictions of any kind; he served in the U.S. Marines for 20 years where he attained the rank of Staff Sergeant and was Honorably Discharged upon retirement in 2014; he has the support of his family as his wife and adult daughter both agreed to co-sign the $100,000 personal surety bond and appeared in court on his behalf; and he recently had a hip replacement and has mobility issues,” the judge wrote.

“The Court is convinced … that the release of Defendant on very stringent conditions, and denial of pretrial detention, is in full accord with the dictates of the Bail Reform Act and applicable case law, including a very recent decision of the District of Columbia Circuit Court of Appeals.”

While noting that the charges were “very serious” and involved participation in a “horrific, wholly unjustified attack on our U.S. Capitol and upon our institutions of government,” the judge noted that Dolan isn’t accused of the same type of violent conduct as others who were detained ahead of trial.

“Defendant’s personal involvement appears to be less egregious than many others who personally attacked law enforcement officers, personally damaged property, sought to locate and injure or kill members of Congress, or possessed weapons while in the U.S. Capitol,” Matthewman wrote.

The judge wrote that his court “must nonetheless resist the knee-jerk urge to detain, and instead must scrupulously follow the law … applicable case law, and the principles of our U.S. Constitution.” 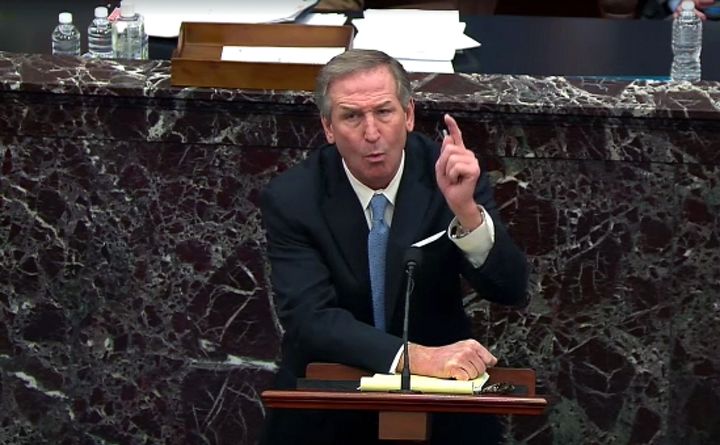 The government alleged that Dolan gave an anonymous interview to the right-wing conspiracy website Gateway Pundit last month. In that story, the anonymous person identified as a “Retired Marine” says that someone opened magnetic Capitol doors from the inside, suggesting that the Capitol Police wanted the doors open. (In fact, that set of Capitol doors will open if you hold the bar for a few seconds, which sets off an alarm and would allow people to escape during an emergency. An active-duty Marine was charged last month with helping rioters breach those doors.)

Trump’s defense team drew bipartisan criticism for its rambling and at-times incoherent message during the February impeachment trial. Van der Veen made headlines on several occasions for his role on that team. Following Trump’s acquittal, he likened the violent events of Jan. 6 to the way the impeachment proceedings played out.