The Marine Corps recently honored a rifle and scope long used by its snipers, including one of the service’s deadliest marksmen.

The Weapons Training Battalion (WBTN) at Marine Corps Installations East-Marine Corps Base Camp Lejeune has chosen “Redfield” as the call word for the Stone Bay ranges in recognition of the impact the M40 rifle equipped with a Redfield 3x9x40 scope has had on Marine Corps history.

Call words are a standard part of range control. Other examples include “Bearmat” at Marine Corps Air Ground Combat Center Twenty-nine Palms and “Longrifle” at Marine Corps Base Camp Pendleton.

“Redfield” was chosen for the Stone Bay ranges because WBTN specializes in marksmanship, the Corps said in a post on the naming ceremony. It was also chosen because it celebrates the history of Marine Corps marksmanship.

“We must remember where we came from,” a retired Marine told the Corps. “Those marksmanship skills we’ve honed over the many years, we must continue to grow and make them better.” 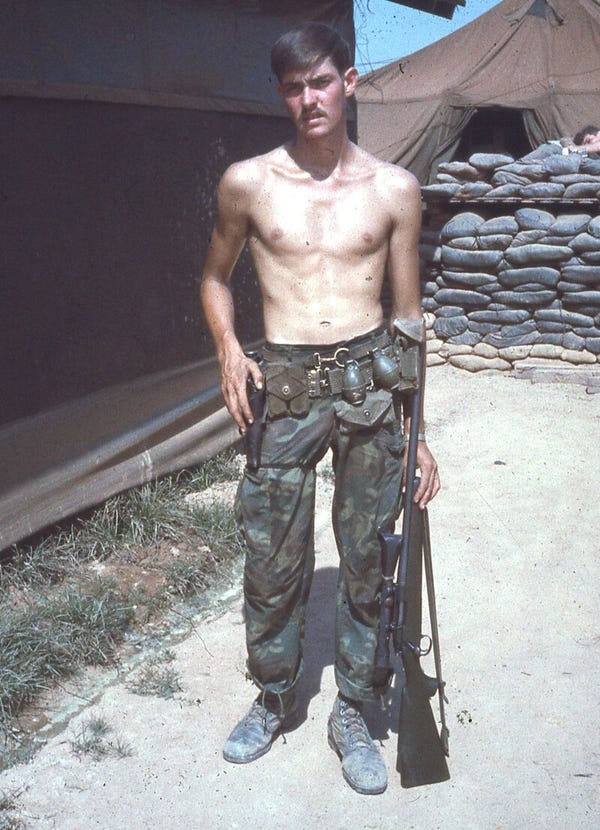 The modern Marine Corps sniper program was born in the jungles of Vietnam, when legends like Gunnery Sgt. Carlos Hathcock, Master Sgt. Eric England, and Sgt. Chuck Mawhinney proved just how effective a marksman trained in the art of stealth, camouflage and concealment could be in battle.

For the Marines, Hathcock is by far the most famous of the legendary snipers. He had 93 confirmed kills with countless more unconfirmed, he set a record for the longest kill shot that held until the early 2000s, and he was a pioneer alongside others like Maj. Edward James Land in Marine Corps sniper training.

It was long thought that Hathcock, armed with his Winchester Model 70 .30-06 caliber rifle equipped with an 8-power Unertl scope, was the deadliest sniper in Marine Corps history, but that title belongs to Mawhinney.

The sergeant primarily waged war in Vietnam with one of the new M40 sniper rifles, a modified version of the Model 700 Remington 7.62mm bolt-action rifle that was first introduced in 1966. The early Marine Corps M40s were equipped with Redfield 3-to-9-power scopes. 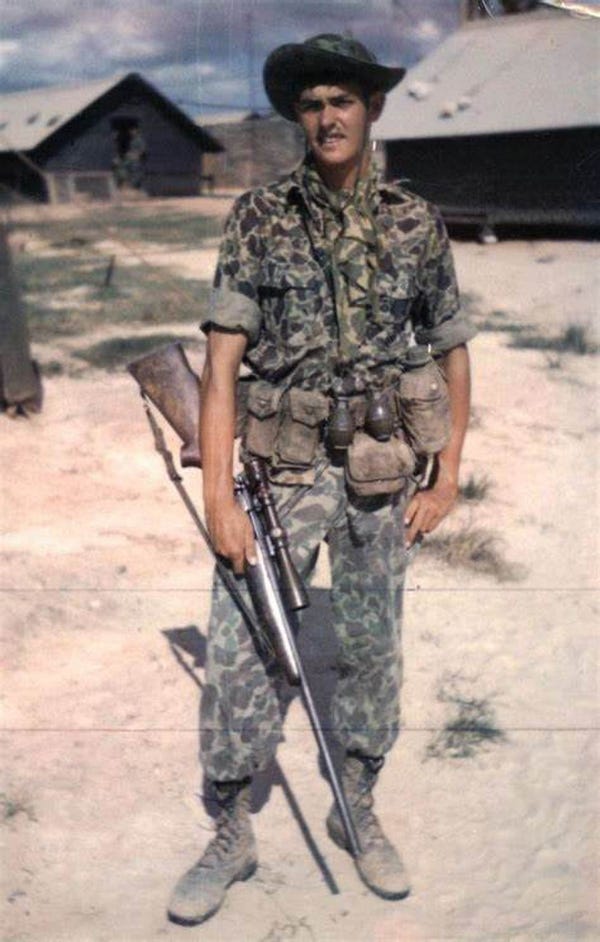 Mawhinney is the son of a World War II Marine veteran. He joined the Corps in the summer of 1967 and trained as a scout sniper before he deployed overseas.

He spent almost a year and a half in Vietnam, but when he returned home to Oregon in 1969, he kept the details of his service a secret. Mawhinney was not recognized as a Marine Corps legend until more than two decades later.

Further investigation, however, revealed the number to be inaccurate. Mawhinney actually had 103 confirmed kills, along with 216 probable kills.

Mawhinney’s rules of engagement were simple. “If they had a weapon, they were going down,” he previously told The Los Angeles Times. The sniper believed that with each kill, he was saving the lives of his brothers in arms.

One of the things that haunted Mawhinney after he returned home from war was an enemy soldier that slipped away after a Marine armorer made adjustments to his rifle, affecting his shot.

“I can’t help thinking about how many people that he may have killed later, how many of my friends, how many Marines,” he said in an interview. “It’s one of the few things that bother me about Vietnam.” 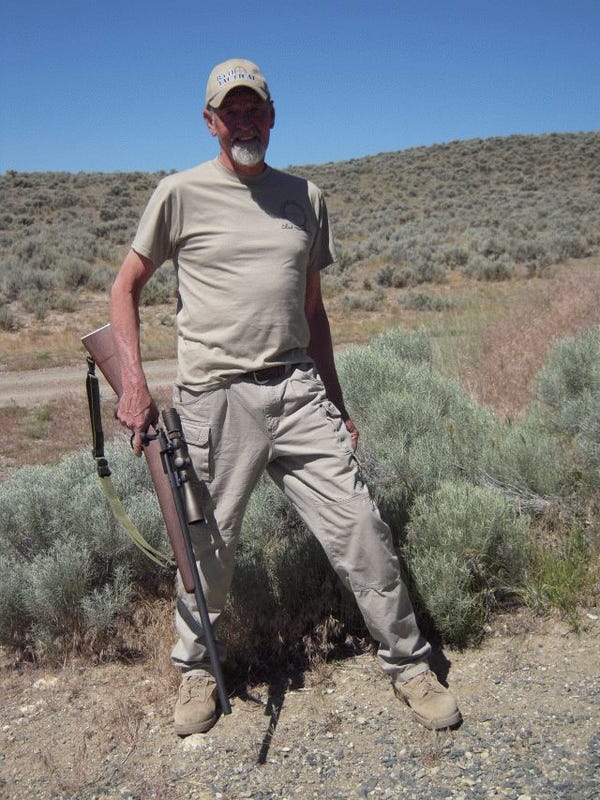 Mawhinney is one of a handful of outstanding snipers that modern Marines aspire to be, not simply for his skills in battle, but also because of his humility and professionalism.

An infantry weapons officer and WBTN gunner recently told the Corps that he hopes that when Marines hear the call word “Redfield,” they will remember not just the M40 rifle, variants of which have been used for decades, but also legendary Marine marksmen like Mawhinney.

Mawhinney’s M40 sniper rifle has been on display at the National Museum of the Marine Corps since 2006.

The Corps began partially replacing the M40A6, the latest variant of the M40 sniper rifle, with the Mk13 Mod 7 Long Range Sniper Rifle in 2019. The service is currently looking at the Barrett Multi-Role Adaptive Design (MRAD) rifle as a replacement for all bolt-action rifles.