There’s an age-old rule in journalism that reporters should avoid interviewing people they know personally, especially their own family members, to avoid a manifest conflict of interest in their work.

CNN anchor Chris Cuomo and his brother, New York Gov. Andrew Cuomo, have spent the last several weeks unintentionally making a great case for that rule to be more aggressively applied, even though their on-air sibling antics and prop comedy have provided some much-needed levity during an endlessly dark news cycle.

The problem isn’t their on-screen banter; it’s that one of CNN’s top anchors is throwing softball questions at the man governing the epicenter of the coronavirus, all while evidence increasingly shows that his response to the outbreak was insufficient, especially for New York’s most vulnerable age groups.

Of course, that’s an uncomfortable thing for family members to discuss in a professional setting, so why CNN repeatedly books the governor on his brother’s show baffles media watchdogs.

“Obviously, no one is going to grill their sibling over this,” Matthew Gertz, a senior fellow with watchdog group Media Matters tweeted Thursday, “which is why they shouldn’t be allowed to interview their sibling, this is pretty basic!” 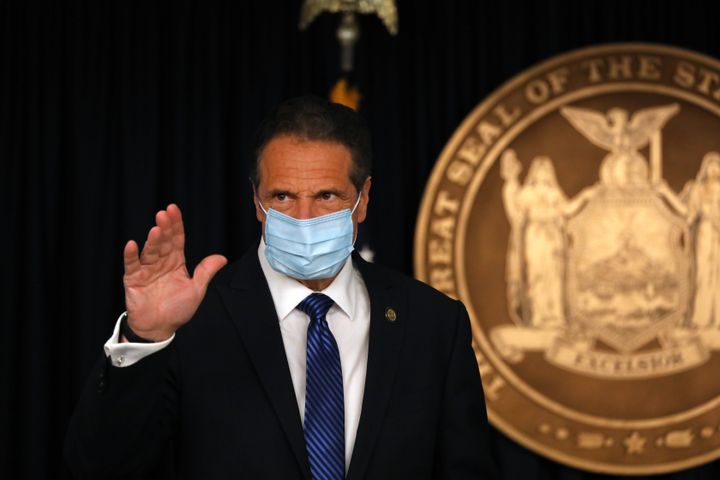 The day before, Chris Cuomo had his brother on and asked him to respond to President Donald Trump’s claims that the U.S. would have been fine had New York and New Jersey not had so many COVID-19 cases. The governor defended his state, fairly noting that many flights from countries with high infection rates were landing at New York’s airports.

The CNN anchor moved on, but it should have been the moment he pressed Gov. Cuomo to address one of his critics’ biggest complaints in recent weeks: The governor, once widely lauded for his coronavirus response, has come under fire for his state directive requiring nursing homes to take on new patients infected with COVID-19.

The controversial move was scrapped earlier this month, but the damage had been done. On Friday, The Associated Press reported findings that New York had sent more than 4,500 coronavirus patients to nursing homes, which likely accelerated outbreaks among a vulnerable population living in easily contaminated environments. In other press appearances, Gov. Cuomo has said he was simply following guidance from Trump’s Centers for Disease Control and Prevention.

To Chris Cuomo’s credit, he did challenge his brother on his comments about access to coronavirus tests during that interview, but that’s far from the biggest criticism the governor is facing. The CNN anchor also hasn’t pressed his brother on the rising evidence that he waited too long to put his state into lockdown in late March.

To the detriment of New Yorkers who deserve to see their governor answer tough questions, it’s the Cuomos’ raillery that steals the spotlight. In Wednesday’s interview, it was Chris teasing Andrew about his nose size with a giant swab. Chris is known for fearlessly sparring with his on-air guests, but with his brother, the combat often takes the form of sharing embarrassing photos, jabs over cooking skills and coining nicknames.

But CNN head Jeff Zucker thinks the dynamic is working.

“You get trust from authenticity and relatability and vulnerability,” he told The New York Times last month. “That’s what the brothers Cuomo are giving us right now.”

It’s an odd take, given that in 2013, CNN banned Chris Cuomo from interviewing his brother on-air, citing journalistic ethics, and only lifted that policy now.