Ted Cruz on Russia’s aggression with Ukraine: ‘This is Joe Biden’s fault’

Much of Sen. Ted Cruz’s year has been dedicated to challenging President Biden’s “radical” and “dangerous” nominees to the federal government, a tactic that may pay off next month when the Senate votes on whether to impose sanctions on the Russian-German Nord Stream 2 pipeline.

Cruz, a Texas Republican and member of the Senate Judiciary Committee, struck a deal with Senate Democrats during a late-night session last weekend and lifted more than 30 of his holds on State and Treasury department nominations in exchange for a promised vote in January on sanctioning the companies involved in the $11 billion natural gas pipeline, which would carry Russian gas to Germany. The Senate has since confirmed dozens of Biden’s nominations, including more than three dozen ambassadors who were being held up by Republicans. 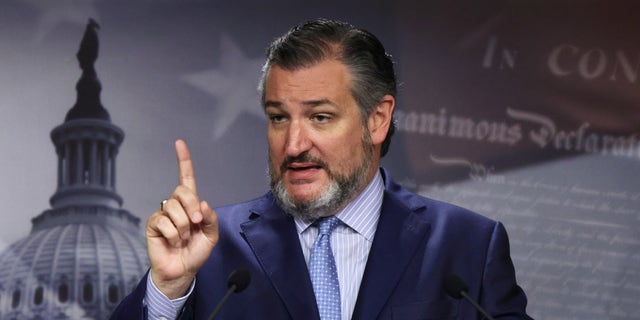 “Major victory,” Cruz wrote on Twitter. “When the Senate reconvenes, we’ll finally have a vote on sanctioning Putin’s pipeline. And if senators value national security & are willing to stand up to Putin, we should vote overwhelmingly to sanction NordStream2.”

Cruz has been at the forefront of delaying Biden appointments, using it as political leverage ever since the president waived sanctions on the company building the Nord Stream 2 in May. In doing so, Cruz has routinely highlighted the left-wing politics of each nominee in an effort to characterize them as extreme.

In late May, Cruz voted against Kristen Clarke’s confirmation to serve as assistant attorney General for the Civil Rights Division, calling her “completely unfit” and “one of the most radical nominees ever put forward for any position in the federal government.”

“Not only has she made her disgust for law enforcement clear by her repeated calls to defund the police, she has a history of not only excusing, but celebrating criminals who have murdered police officers,” Cruz said at the time. “The Department of Justice has a long history of being apolitical, of exercising fidelity to the law, of not using the law as a partisan weapon to target enemies of whatever administration is in power. The Obama-Biden administration corrupted that practice, and now the Biden-Harris administration is continuing that pattern.” 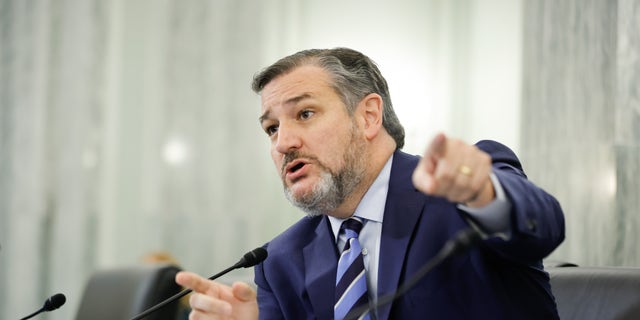 Sen. Ted Cruz, R-Texas, participates in a Senate Commerce, Science, and Transportation Committee hearing on oversight of the airline industry in the Russell Senate Office Building on Capitol Hill on Dec. 15, 2021, in Washington, D.C.
(Photo by Chip Somodevilla/Getty Images)

On May 26, Cruz protested the nomination of David Chipman to run the Alcohol, Tobacco, Firearms and Explosives (ATF) bureau, citing his past alleged racist comments about Black ATF agents and a previously undisclosed appearance on a Chinese propaganda media station, as well as his support for banning AR-15s. The White House announced in September that it had withdrawn Chipman’s nomination due to bipartisan backlash over his stances on gun control.

In August, during the confirmation hearing of Myrna Pérez to the U.S. Court of Appeals for the Second Circuit, Cruz said Pérez is an “activist” and the “most dangerous” of all the president’s circuit nominees

“Senate Democrats are not even hiding the fact that Ms. Pérez has been nominated precisely because she will be a partisan from the bench,” he said.

In September, Cruz highlighted the soft-on-crime policies of Biden appointee Rachael Rollins, the Suffolk County, New York, district attorney, saying she has been “vocal and aggressive” on the side of lawlessness and will “refuse” to prosecute crimes.

Last month, as Russian President Vladimir Putin amassed tens of thousands of troops on Russia’s border with Ukraine, signaling an imminent invasion, Cruz turned up the heat on Biden’s appointees.

On Nov. 3, during the hearing of Biden’s nominee to the 9th Circuit Gabriel Sanchez, Cruz claimed Sanchez “played a leading role in legislation that would allow violent offenders to qualify for parole” and made communities “less safe.”

One week later, Cruz characterized Saule Omarova, Biden’s Treasury pick to lead the Office of the Comptroller of the Currency, as “hellbent on destroying the oil and gas industries.” Biden withdrew her nomination this month at her request, saying his nominee had been “subjected to inappropriate personal attacks that were far beyond the pale.” 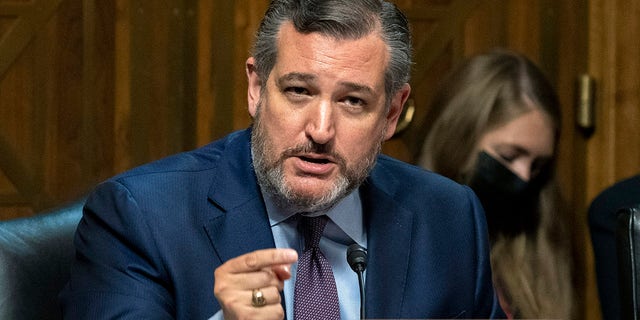 On Nov. 16, during a Senate hearing with Homeland Security Secretary Alejandro Mayorkas, Cruz declared that Mayorkas is the one who “broke” the U.S. immigration system. The next day, Cruz blasted Federal Trade Commission nominee Alvaro Bedoya during his Senate hearing as a “left-wing activist, a provocateur, a bomb-thrower and an extremist.”

On Dec. 2, Cruz slammed Biden’s nominee to be the new federal district judge for Southern New York, Dale Ho, during his hearing as an “extreme partisan” and “radical.”

On Dec. 7, Cruz objected to a motion to confirm Biden’s nominee for chief of protocol at the State Department, Rufus Gifford, after Senate Democrats refused to pass his Nord Stream 2 sanctions.

“The Russian troops on the Ukrainian border are Joe Biden’s fault, and they are Senate Democrats’ fault for being unwilling to stand up to a president of their own party,” Cruz said at the time. “And I would note, this particular nominee is a nominee to be the head of protocol at the State Department. It is really bad protocol to drive tanks into somebody else’s country. You want to talk about protocol? How about the protocol of let’s defend American national security interest?”

On Dec. 15, Cruz characterized Biden’s nominee to the Second Circuit, Alison Nathan, as a “partisan” and “ideological” extremist who is soft on crime.

After Cruz and Senate Democrats stuck their deal on Dec. 18, a total of 56 nominations sailed through the Senate on voice votes, including former Chicago Mayor Rahm Emanuel as ambassador to Japan.

Senate Majority Leader Chuck Schumer of New York promised Cruz that a vote on the Nord Stream 2 sanctions would be held by Jan. 14 but will require 60 votes, which means Cruz has his work cut out for him in an evenly divided 50-50 Senate.