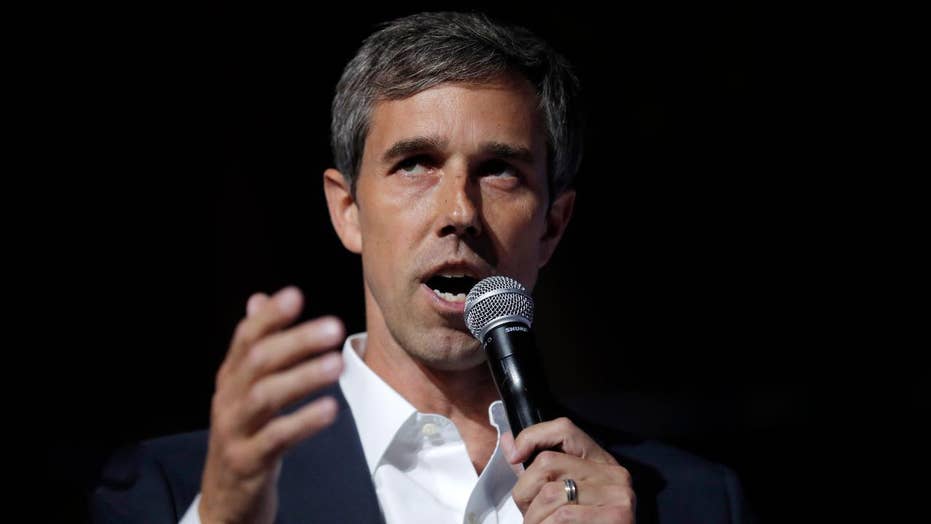 Swearing becomes the new normal on campaign trail for 2020 Dems

Crude language is becoming a mainstay on the 2020 campaign trail. Candidates aren’t calling each other on it and voters say it won’t affect their vote, but experts say this is a new political reality.

AUSTIN, Texas – Beto O’Rourke did not mince words talking about gun violence at a recent campaign stop in the Boston neighborhood of Roxbury.

When a supporter shouted, “This is f—ed up,” O’Rourke swiftly echoed the sentiment. “This is f—ked up,” he affirmed. “That is the term of art for it.”

BETO CLAIMS LIVING CLOSE TO WORK IS A RIGHT

The phrase virtually has become a Beto campaign rallying cry on the subject, in the same vein as the Trump campaign's "build the wall" or the traditional "four more years." His team is even selling shirts emblazoned with the slogan.

The salty language is hardly unique to O'Rourke. Perhaps egged on by each other or by the vitriolic political environment as a whole, or responding in kind to President Trump's language, Democratic presidential hopefuls this year are swearing with wild abandon.

Unclear is whether this is an attention-grabbing fad or now a permanent feature of an American presidential race.

“I just tried to speak as honestly as I can,” O’Rourke explained. “And the language that my fellow Americans use when they're talking about the issues that are most important to them.”

“Mitch McConnell, get off your ass and pass the gun reform legislation in the United States Senate,” Ryan shouted to the crowd, to rapturous applause.

Sen. Bernie Sanders, I-Vt., has boasted that he “wrote the damn legislation,” referring to "Medicare for all." And Sen. Cory Booker, D-N.J., recently lamented, “We are not going to give thoughts and prayers, which to me is just bulls—, talking about gun violence.”

Some political scientists think Trump opened the floodgates for this kind of rhetoric back in 2016, swearing several times at his campaign rallies.

“It’s intended to be jarring, I think part of the point of doing it is that it’s supposed to be alarmist and it’s supposed to be an awakening … the candidates are trying to get your attention and it often works,” said University of Houston political science professor Brandon Rottinghaus.

But Rottinghaus said this is a new political world: “We went from the politics of it being PG, to it being PG-13, to sometimes R-rated.”

So far, there hasn’t been much pushback to elevate campaign speech from the other candidates. The ‘you-do-you’ advice seems to be the most common response.

“I swore on Comedy Central this week. You know, look, people should be whoever they are,” Montana Gov. Steve Bullock said.

“Everybody’s gonna do what they’re comfortable with and what they believe they need to do … I can’t say that I’ve never used a swear word,” said Julian Castro, former Housing secretary.

But one entity that might not be comfortable with it is the Federal Communications Commission. With the upcoming Thursday night debate in Houston, network news organizations like host ABC and even the DNC are cautioning about foul language.

An email from the DNC sent to the campaigns on behalf of ABC advised: “We will not be broadcasting on any delay, so there will be no opportunity to edit out foul language.”

Some voters are bristling at the language.

“Is this really what you want the kids to do? You have to be above what the norm is and cursing is just … you can have other words,” said Sarah Rousso, a Texas voter.

But for some, it simply reflects the way a lot of people talk.