A group of Republican Maryland legislators and voters is suing the state over the allegedly partisan congressional redistricting plan Democrats in the state legislature passed following the 2020 Census.

The lawsuit, backed by the outside group Fair Maps Maryland, was filed Thursday morning in state court. It argues that the congressional map passed by Democrats is gerrymandered in violation of the Maryland constitution.

“The 2021 Plan violates the right of Maryland citizens to choose their congressional representatives by continuing to ‘crack’ Republican voters, including Plaintiffs, into congressional districts in a way that ensures the election of Democratic representatives to Congress.,” the lawsuit alleges.

The term “cracking” used in redistricting means splitting up a certain bloc of similar voters to water down their electoral power and prevent that political group from being able to elect a representative.

“The 2021 Plan has altered District 1—the last remaining congressional district currently held by a Republican—to make even that district a likely Democratic seat,” the suit says of how Democrats used cracking to potentially change Maryland’s congressional delegation from a 7-1 Democrat advantage to 8-0.

“By removing portions of Carroll, Baltimore, and Harford Counties from District 1 and replacing them with a portion of Anne Arundel County, the 2021 Plan has given Democrats a 50.93% to 49.07% estimated vote share advantage in a district that voted overwhelmingly in the 2020 election for its current Republican representative,” it continued.

Fox News previously reported that the Department of Justice is suing Texas for cracking urban minority communities that largely vote Democratic into separate districts, allegedly to water down their votes and create more GOP seats. 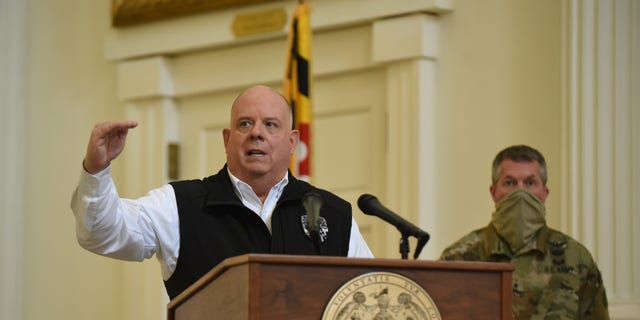 The Fair Maps Maryland suit cites several parts of the Maryland Constitution guaranteeing an equal right to fair political participation for all citizens in the state.

This right, it says, is undermined by the allegedly gerrymandered congressional map.

“The 2021 Plan’s continuation of the systemic debasement and dilution of the weight of Republican votes in Maryland unconstitutionally degrades Plaintiffs’ influence on the political process and infringes on their fundamental right to have their votes count fully,” the suit says.

In Maryland, the state legislature draws and passes congressional maps, and the governor can veto them. But there is a veto-proof Democratic majority in both chambers of the state legislature, effectively rendering GOP Gov. Larry Hogan unable to stop the maps from going into effect on his own. 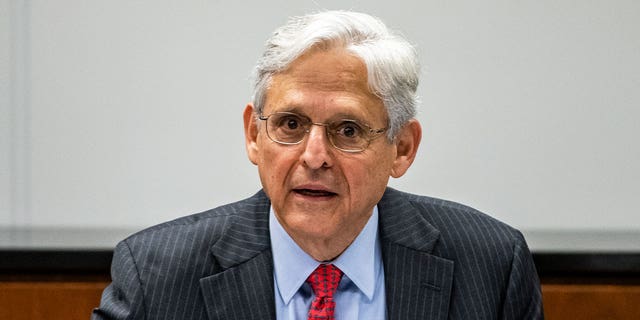 Hogan pushed his own congressional map which was drawn by an independent commission. But the legislature ignored that proposal. The governor recently started asking the Department of Justice to sue his state over the allegedly gerrymandered congressional map, as it did with Texas.

“Maryland has had the unfortunate distinction of having the worst gerrymandered maps in America that have broken up minority communities and suppressed minority representation, and now the legislature is racing to pass a congressional map that makes this even worse,” Hogan recently told Fox News. “If the Justice Department is concerned about ‘discriminatory redistricting,’ then they will immediately bring suit against the Maryland legislature’s proposed map.”

Maryland’s map has also come under fire for splitting minority votes in Baltimore into three different congressional districts. The districts created by the plan are Democrat-majority. But Rep. Kweisi Mfume, D-Md., said the cracking of those votes waters down their influence on their representatives, who are also representing the surrounding urban and rural areas.

“I have to tell you it’s been Baltimore that’s been chopped at and bitten at in 1990 and 2000 and 2010 and here we go now in 2020. So the city can’t give anymore. It’s got to have some sort of unification where communities have a semblance of having things in common and having the same sort of goals and aspirations,” Mfume said on WBAL News Radio last month. “The counterargument is if you’ve got three people representing the city that the city is stronger. The argument to that is if you’ve got three people doing that, they’re also representing other areas at the same time.”