Brexit is a 'failure' for the EU says Michel Barnier

The Spanish MEP called for the carving up of the United Kingdom during a plenary session of the EU Parliament on Tuesday. Speaking to MEPs ahead of a final vote to ratify the EU-UK Trade and Cooperation Agreement, Mr Solè described the trade deal as a “painful” consequence of Brexit for Scotland and Wales. He went on to call on the pro-independence movements in Wales and Scotland to push to re-join with the bloc after gaining independence.

Mr Solè told MEPs: “Let’s not forget that Brexit went ahead despite some constituent parts of the UK voting against it.

“On top of that, the Welsh and Scottish Governments have not been sufficiently consulting by London during the TCA negotiations.

“For for Scottish friends, the TCA may be the lesser evil to keep ties with the EU but also a painful consequence of a decision imposed on them, a decision they did not take.

He added: “I hope they soon can rejoin us when they take the democratic choice in favour of independence.” 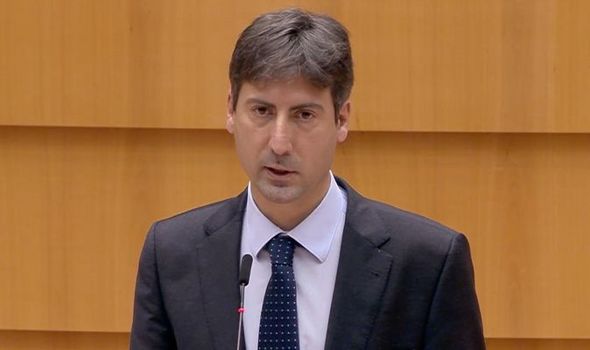