Ranking member Sen. Dianne Feinstein, D-Calif., was nowhere to be seen during the onset of the Judiciary Committee’s hearing with social media giants early Tuesday.

Fox News is told Feinstein was appearing with Sen. Susan Collins, R-Maine, before the Rules Committee to urge a vote on legislation to establish a Smithsonian women’s museum. But as she walked through the corridor between the hearings, the California Democrat’s mask was nowhere in sight.

At age 87, Feinstein is one of the oldest sitting senators, along with GOP Sen. Chuck Grassley, R-Iowa, also 87. Grassley announced he’d tested positive for Covid-19 on Tuesday.

Grassley, who is president pro tempore over the Senate, presided over the chamber during votes on Monday.

“This morning, I learned that I had been exposed to the coronavirus. I received a COVID-19 test and immediately began to quarantine. While I still feel fine, the test came back positive for the coronavirus," Grassley wrote on Twitter. It's not clear where he'd been exposed.

Feinstein's office could not be immediately be reached for comment on why the senator appeared in the capitol maskless.

In July, Feinstein called on Senate leadership to condition coronavirus aid on mask mandates. “While at least 28 states have mask requirements in place, the Administration and several governors have still refused this simple but powerful way to stop the spread of disease.  Congress must step in to ensure our constituents are protected,” Feinstein said in a release.

“Research shows that masks reduce transmission of the coronavirus,” she continued.  “Wearing masks in public should be mandatory. Period.”

In September, Feinstein was spotted without a mask at Dulles International Airport in Virginia, despite having called in June for the Federal Aviation Administration to adopt "mandatory" mask mandates at airports. 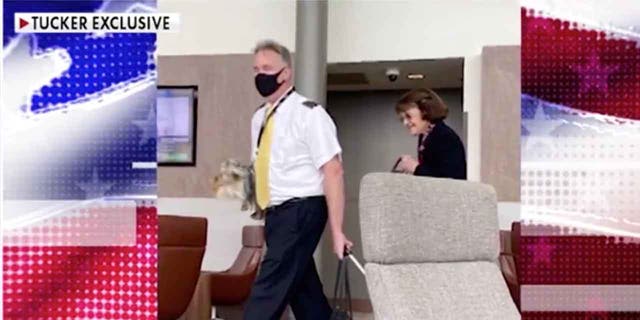 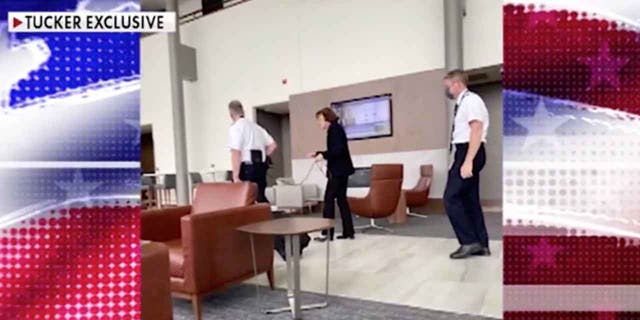