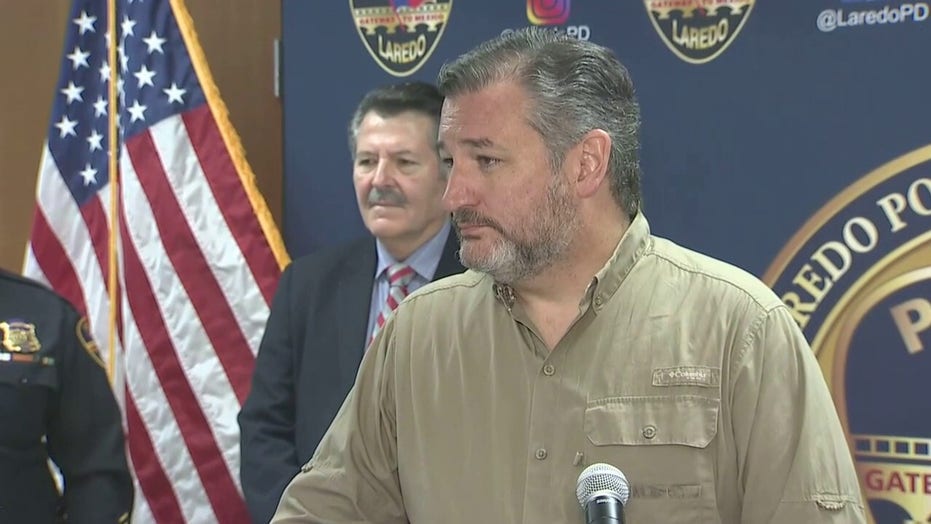 Sen. Ted Cruz, R-Texas, describes seeing children packed in cages at the Donna migrant facility during a press conference from the southern border.

Cruz and fellow Republican lawmakers Reps. Chip Roy, of Texas, and Nancy Mace, of South Carolina, held a press conference after spending time with the Border Patrol in Laredo, Texas.

The lawmakers answered questions after speaking about their experiences traveling with Border Patrol agents and seeing the crisis firsthand.

While answering a question from the media, Cruz brought up a previous trip he took with 19 senators to the Donna, Texas, facility, describing it as a “giant tent city” with children packed in without regard for COVID restrictions.

Cruz then accused the Biden administration of trying to conceal the poor conditions at the Donna migrant holding facility by not allowing press inside.

“Because the reason the administration didn’t want press there was they didn’t want anyone to know what was happening,” Cruz said. “Their hope was to cover it up. Their hope is that no one would see the disaster they were creating.”

During the press conference, Cruz said Border Patrol agents are “frustrated” with the Biden administration’s lacking response to the border crisis and he didn’t know “how these guys don’t just say ‘to hell with all of it’ and leave.”

“Morale has never been lower than right now because the Biden administration won’t let ICE do its job,” Cruz said.

Roy highlighted the toll the crisis has taken on the City Under Seven Flags. “The state of Texas is under siege and the good people of Laredo are on the front lines of that attack.” Roy said.

Mace weighed in, expressing that she was “shocked” at what she saw at the border.

Laredo marked the next stop on Cruz and Roy’s trip around Texas to learn more from local officials and stakeholders about how the border crisis is affecting them.

At a Tuesday roundtable in Bourne, Texas, Cruz said the “maddening” thing about the crisis is that it is the result of calculated choices by the president and vice president.

“What’s so maddening is this crisis is man-made,” Cruz said. “It was caused by deliberate political decisions by this administration, by [President] Joe Biden and by [Vice President] Kamala Harris.”

The White House did not provide a comment to Fox News.

Houston Keene is a reporter for Fox News Digital. You can find him on Twitter at @HoustonKeene.