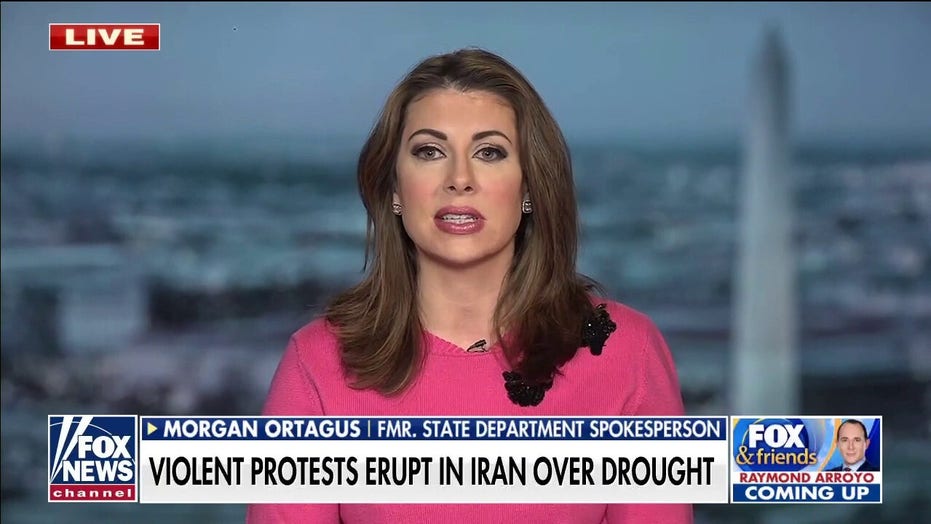 Longtime GOP politician Sam Brownback is warning that the U.S. is diluting “human rights” and undermining their foundation by inappropriately applying that label to certain things. 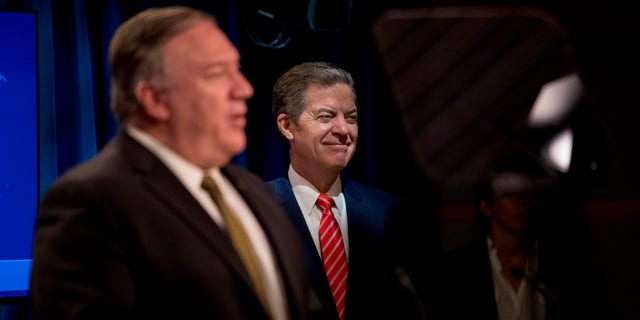 Secretary of State Mike Pompeo, accompanied by Sam Brownback, ambassador at large for international religious freedom, speaks during a news conference at the State Department in Washington, D.C., on June 10, 2020. (ANDREW HARNIK/POOL/AFP via Getty Images)

“I think they’ve gone back to the old route of trying to categorize too many things as a human right and not focusing on the basic ones,” he added. “I think we’re letting the foundation crumble on human rights by doing that. We’re not taking care of the foundation and we’re trying to build a bigger house on it.”

Brownback suggested returning to the “basics,” arguing that religious freedom was a foundational right that shouldn’t be put on the same level as others.

“When you have – everything’s a human right, then nothing’s really a human right,” said Brownback. “And it lets countries like China and Russia really belittle and pick and choose the human rights they will stand by.”

The Biden administration has declared, among other things, that “Transgender rights are human rights.” It also reinstated an Obama-era provision for including abortion and contraception in the State Department’s human rights report.

On Friday, Secretary of State Antony Blinken commemorated Human Rights Day with a statement that outlined a long list of human rights abuses.

“As the world confronts genocide and other atrocities, systemic racism and inequity, erosion of freedom of expression, oppression and marginalization because of one’s race, ethnicity, gender, religion, sexual orientation or identity, and often simply for expressing dissenting views, among many other human rights abuses, the UDHR is more important than ever,” said Blinken. 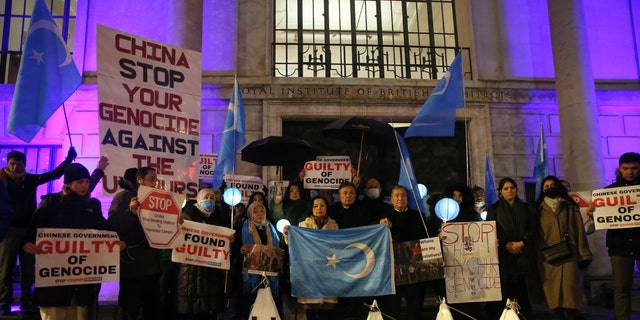 People stage a protest in front of the Chinese Embassy after the Uyghur Tribunal ruled that China committed genocide against Uyghurs and other ethnic minorities through policies such as coerced birth control and sterilization in London, United Kingdom on Dec. 9, 2021. (Hasan Esen/Anadolu Agency via Getty Images)

The White House also announced an “Export Controls and Human Rights Initiative,” which aims to protect against human rights abuses through technology.

In a “fact sheet,” the administration touted its action this summer of sanctioning certain entities that have enabled human rights abuses against Uyghurs.

But Brownback has said that the Biden administration needs to do more. He told Fox News that the government should be pressuring major U.S. corporations to pull advertising dollars from China until the communist nation sets a date for closing Uyghur concentration camps.