The former chancellor, who was appointed Health Secretary by Boris Johnson over the weekend following the resignation of Matt Hancock, will take on his first formal ministerial duties today. And ahead of his arrival at his new department’s Whitehall HQ, he said: “I just want to start by saying I think Matt Hancock worked incredibly hard, he achieved a lot, and I’m sure he will have more to offer in public life. “I was honoured to take up this position. I also know that it comes with a huge responsibility and I will do everything I can to make sure that I deliver for this great country.

“We are still in a pandemic and I want to see that come to an end as soon as possible and that will be my most immediate priority, to see that we can return to normal as soon and as quickly as possible.”

Later he added: “I’m incredibly honoured to take up the post of Health and Social Care Secretary, particularly during such an important moment in our recovery from Covid-19. “Thanks to the fantastic efforts of our NHS and social care staff who work tirelessly every day, and our phenomenal vaccination programme, we have made enormous progress in the battle against this dreadful disease.”

Mr Javid, who has also been home secretary, has been on the Tory back benches since being ousted from the Treasury shortly after the December 2019 General Election.

It followed a row with Downing Street about his choice of aides.

He said: “I think Sajid is an excellent appointment and I think he’ll do the job very well. And he’s someone who says the same in private to what he says in public, and that is a very good virtue in politics.”

Northern Ireland Secretary Brandon Lewis, speaking on the BBC Andrew Marr Show yesterday, said: “We’re blessed in our party to have talent such as people like Sajid Javid who can come in with such vast experience and be able to work with a really good team of ministers in the Department of Health.”

But Dr Chaand Nagpaul, British Medical Association’s council chairman, told Sky News there were “a record five-plus million patients on waiting lists” which “doesn’t include about 20 million patients who were not seen in outpatient clinics last year”. 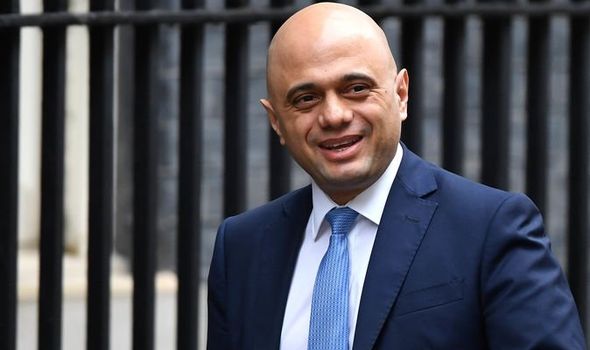 “And what he will need to do is manage that crisis in a way that delivers prioritisation, but also be honest with the public about the length of time it’s going to take. And as a health secretary, and a former chancellor, he’s going to need to negotiate the resources that the NHS needs.

“The Government has not costed for the several billions of pounds that are going to be needed to address this backlog.” Mr Javid would need to address issues around pay and recruitment, adding health workers wanted to hear that he understands them. The “service cannot survive without its workforce”.

Dr Nagpaul warned that BMA members were “feeling absolutely exhausted after 15 months of this pandemic – many have worked flat-out without breaks”.

He added that “about four in 10 say their mental health is worse than before the pandemic significantly”, with “about one in three saying they’re going to be retiring the next year”. Dr Nagpaul said: “This comes at a time when the new Health Secretary was going to see a baptism of fire, he won’t have the luxury of a phased handover, he’ll have to make every day count.”

Shadow health secretary Jonathan Ashworth accused Mr Javid of being an “architect of austerity” as a former Treasury minister. He said the NHS had entered the coronavirus crisis on the back of 10 years of underfunding and cutbacks.

He added: “It’s a bit like putting the fox in charge of the chicken coop.”