State lawmakers across the country have introduced at least 171 pieces of legislation that target the rights of transgender people this year, according to a new legislative database compiled by the Progressive Caucus Action Fund, a grassroots group that opposes the bills.

At least 19 of the bills ― 13 that specifically target trans people and six more that could more broadly hurt LGBTQ rights ― have already become law.

“We’re only six months into 2021 and it’s already been a devastating year for protecting transgender people,” said Ricardo Pacheco, a researcher at the Progressive Caucus Action Fund who compiled the database. “The expectation that quite a few more of these will pass in the next few months.”

Republican lawmakers have introduced the vast majority of the bills, both in states the GOP controls and those where Democrats hold majorities. Ten states, all with Republican legislative majorities and governors, have enacted new anti-trans laws this year. Four other bills have passed through GOP legislatures but have been vetoed by governors.

The push for anti-trans laws has intensified as part of a broader Republican culture war against the basic and individual rights of women, Black people, immigrants and LGBTQ people. Right-wing lawmakers believe they can weaponize trans rights — and people’s very right to exist as trans — as a wedge issue. This has exhausted activists and had demonstrably negative mental health effects on members of the trans community, said Dr. Ruadhán Woods, a  trans and queer organizer for Hometown Action, a group in Alabama that opposed an anti-trans bill that became law in that state.

“There’s just a lot of helpless feelings,” Woods told HuffPost. “People in our community really are looking for support and solidarity, and for representation in the government. And the fact that legislation is actively trying to essentially erase trans kids from being able to get support, and really criminalize existing … The morale is extremely low, even though the bar has been low for a long time.”

The aggressive nature of the GOP’s effort to restrict trans rights is on full display in the database, as are the ways that effort has changed. The so-called “bathroom bills” that were once in vogue as Republicans tried to block trans people from using restrooms and public facilities that correspond with their gender identity have largely given way to other types of legislation.

This year, Republicans are largely taking aim at trans students’ ability to play scholastic sports that correspond with their gender identity, a push that has largely targeted trans girls and women in high school and college. Lawmakers have introduced 76 bills aiming to limit trans people’s participation in sports, according to the database, and such bills make up roughly 45% of all anti-trans legislation introduced this year.

Those bills have largely sought to vilify trans identity, and curtail the right of trans women and girls to play sports against cisgender athletes. Republicans have touted the laws as a way to protect women’s sports and Title IX, the federal law meant to guarantee equal access to education and sports participation for women. They have adopted the mantle even though many conservatives have long been skeptical of Title IX and efforts to bolster women’s equality in sports, and despite the fact that many GOP lawmakers have been unable to point to incidents of trans women and girls taking spots away from cisgender athletes. 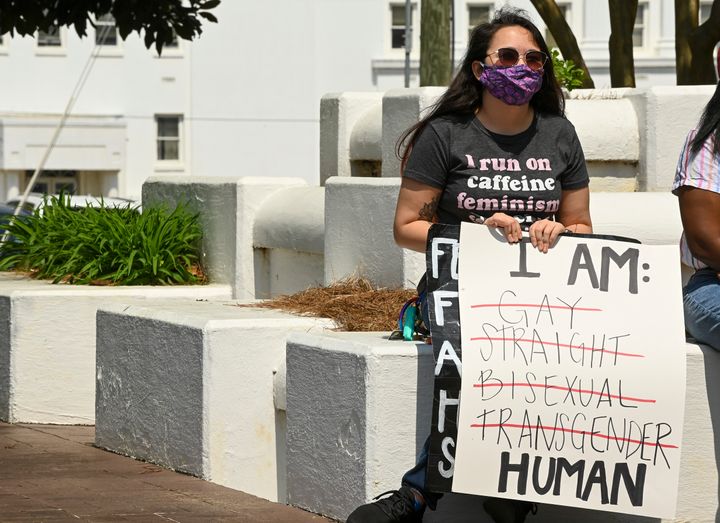 Activists, education experts and health professionals have for years pointed to evidence that increasing sports participation could bolster mental health, self esteem and other health and education outcomes for trans youth. But no amount of pushback, data or discussion about trans athletes or their basic right to play sports has swayed Republicans.

“It’s clear that the anti-trans bills that are centered around sports really just want sports to be something that trans people don’t participate in,” Woods said from Alabama, where Gov. Kay Ivey (R) signed one such bill into law in April.

Legislation targeting trans peoples’ ability to access health care and treatment make up the second largest share of bills under consideration in state houses across the country. Republican lawmakers have introduced 51 such bills this year, according to the database.

Health care organizations, including the American Academy of Pediatrics, have decried the laws, saying they will deny essential medical care to kids and thrust the government into conversations that should be “between clinicians, patients and families about what’s best.”

Similarly restrictive bills failed to pass in other states, including Alabama, where Hometown Action and other groups rallied opposition to it. A new Tennessee law initially prohibited medical professionals from providing hormone treatments to “pre-pubertal” minors, but was later amended. This year’s rash of sports-related bills, however, followed Idaho’s passage of the first such law in 2020, so Arkansas’ health care law may only pave the way for the spread of legislation like it in future sessions.

Tennessee Republicans have passed at least two bills that are similar to the “bathroom bills” that many GOP states sought in recent years. One requires businesses that have multi-person bathrooms or locker rooms to post signs if they let trans people use bathrooms of their choice; another allows students and teachers to refuse to use such facilities at school if trans people are allowed to use them, and requires schools to provide those students and staff separate bathrooms to use.

Tennessee — which adopted a law barring trans youth from participating in sports — also passed a broader anti-LGBTQ law that requires schools to inform parents ahead of any classroom discussion about gender identity or sexual orientation, and allows parents to opt students out of any such class.

The Progressive Caucus Action Fund’s database includes the latter law in its count, along with others that have passed in Montana, North Dakota and South Dakota that more broadly restrict LGBTQ rights on religious freedom or free speech grounds. Oklahoma Republicans approved a new law that prohibits mandatory diversity training “regarding gender identity, sexual orientation, race stereotyping and sex stereotyping.” The broader laws, LGBTQ advocates say, provide an example of how the GOP’s culture war legislation can often target multiple groups at once, including LGBTQ people, Black people, Native Americans and women.

Most state legislative sessions have ended and more GOP proposals failed than passed, even in red states like Arizona, Kentucky, South Carolina and Texas. But it’s still possible that more anti-trans laws could pass in Ohio and other states where lawmakers are still in session.

The legislative onslaught has already had negative effects on trans youth: A common view among trans people, Woods said, was that they weren’t surprised by efforts to target their rights in Alabama and nationwide “because nobody cares about our community anyway, so we just have to care for each other.”

“That’s a very sad and tragic thing for most young people to have already embraced or come to understand,” Woods said. “So for me, it’s more than just fighting legislation. It’s really fighting for community members to be able to be represented and for our rights to be protected and upheld.” 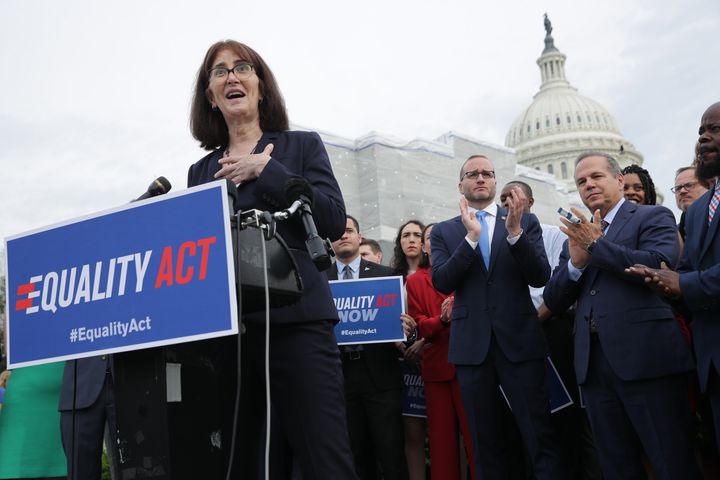 Legal challenges could ultimately thwart some of the new laws. Last year, a federal court ruled that an Idaho law barring trans women and girls from participating in sports that match their gender identities was unconstitutional. The ruling is subject to an appeal that the 9th U.S. Circuit Court of Appeals heard in early May.

Civil rights groups have already filed legal claims against several other new laws passed this year. Progressives and LGBTQ rights groups are also pushing Senate Democrats to pass the Equality Act, a bill that would amend the Civil Rights Act of 1964 to prohibit discrimination based on sexual orientation and gender identity in public facilities, education, employment and other areas, and help preempt many of the new state laws.

Democrats in the House of Representatives passed the Equality Act in February, but prospects for the bill’s ultimate approval in the Senate, where it must overcome Republican opposition and the legislative filibuster, are dim.

“That’s where the next push needs to be,” Pacheco said. “It’s not necessarily just reacting to what states are doing, but it’s being proactive and it’s being preemptive by passing the Equality Act to make sure that LGBT youth and trans youth in our communities have those protections.”

But the nature of attacks on trans rights, Woods said, makes it clear that one piece of federal legislation won’t be enough. Efforts to curb those rights are likely to continue, and there’s no silver bullet argument or piece of legislation that can fully stop them when “the majority of people who are making these decisions are doing a really intentional job of not listening to the voices of the people who are most affected,” Woods said. So even if the Equality Act passes, there will “still be a lot of work to do” to create the cultural, social and political shifts necessary to fully protect trans people nationwide, and convince lawmakers and the public to see trans rights through the lens of basic human rights.

“We have people actively working against our community’s existence,” they said. “This is going to take some time and there is a lot of work left to do for people who insist on pushing trans identity and rights into a position of debate.”