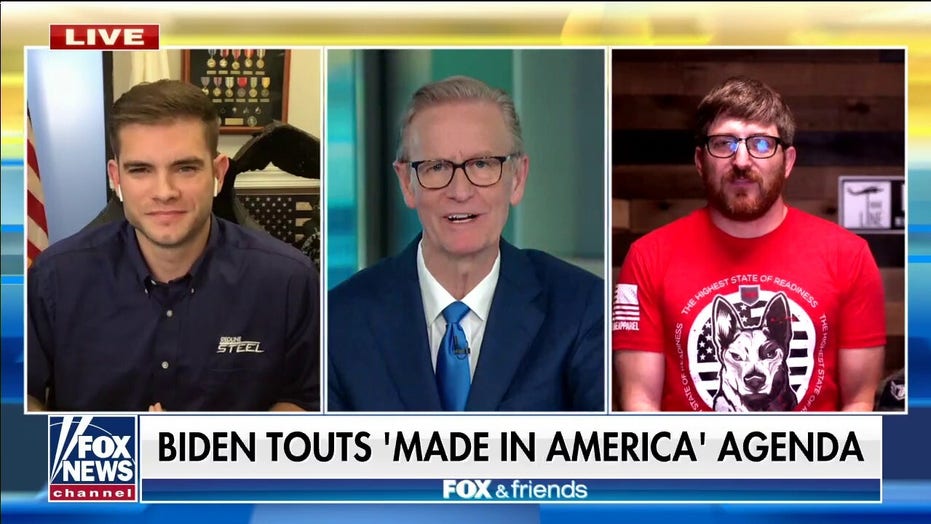 Rep. Ilhan Omar, D-Minn., on Wednesday said she will be introducing a universal basic income (UBI) program “this Congress.”

She said the plan will “get money in people’s pockets” in a Wednesday tweet reflective of comments President Biden made when he proposed an increase in weekly unemployment benefits for out-of-work Americans in January during the COVID-19 pandemic.

“This is long overdue,” the Minnesota congresswoman and “Squad” member said in the Wednesday tweet responding to an article from the Star Tribune about Minneapolis Mayor Jacob Frey’s plan to give about 200 low-income families $500 a month over two years using excess American Rescue Plan funds.

“Next step: Implementing UBI nationwide,” Omar tweeted. “This Congress, I’ll be introducing a UBI pilot program to get money in people’s pockets.”

The COVID-19 pandemic forced Americans to think about the upsides and downsides of UBI. The Trump administration was first to issue direct $1,200 stimulus payments to individuals in the spring of 2020 as part of the $2.2 trillion CARES Act relief bill. The administration then issued $600 stimulus checks in the winter of 2020 when he signed a second $900 billion COVID-19 relief bill.

President Biden then distributed $1,400 stimulus checks in March as part of his $1.9 trillion American Rescue Plan.

Frey told the Star-Tribune that he was inspired by a similar UBI plan St. Paul, which started to give 150 families $500 per month last October.

More than 50 mayors across the U.S. are part of a pro-UBI coalition called Mayors for Guaranteed Income (MGI), though Frey is not one of those listed on its website.

Proponents of UBI say it helps “combat economic instability” by providing individuals and families with money to buy necessities like food and pay costs like monthly rent. Other Squad members including Democratic Reps. Alexandria Ocasio-Cortez of New York, Ayanna Pressley of Massachusetts and Rashida Tlaib of Michigan have voiced support for UBI.

Tlaib introduced the Lift+ (Plus) Act in May of 2019, similar to then-California Democratic Sen. Kamala Harris’ 2018 Lift Act, to give low-income U.S. families as much as $3,000 per year.

The Labor Department’s May jobs report revealed that employers added 559,000 jobs last month, missing Wall Street’s expectations for a gain of about 650,000. It marked the second consecutive miss for job creation: In April, the economy added a revised 278,000 jobs, much smaller than the 1 million forecast by Refinitiv economists.

There remain 7.6 million fewer jobs than in February 2020, before the pandemic began.

Other opponents argue that UBI would lead to a tax increase on wealthy individuals and corporations, which could cause a spike in consumer prices, a reduction in spending on skills training and higher housing costs.