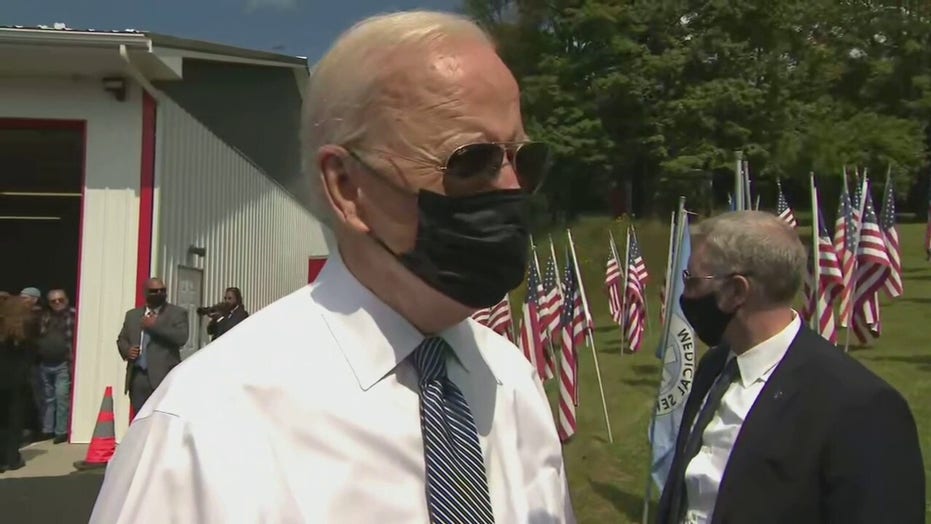 President Biden speaks to reporters about the Afghanistan withdrawal during a visit to mark 20 years since 9/11.

President Joe Biden’s promise to “Build Back Better” has proven to be an unmitigated disaster for America and a stimulus for crisis creation.

The litany of crises facing Americans is the direct result of the policies enacted by the Biden administration and congressional Democrats. These policies have in fact allowed our adversaries, not hardworking Americans, to “Build Back Better.”

The consequences of the Biden administration’s failure in Afghanistan include Americans left behind enemy lines, leaving over $80 billion worth of military equipment to the Taliban, and leaving an operational air base open as an easy target for terrorists to weaponize.

Without question, the Taliban is building back better, not America.

The reckless immigration policies that have come from the Biden administration have created an absolute nightmare on the southern border. The humanitarian, public health and security crises have left America vulnerable.

However, the savage drug cartels have built back better.

The excessive and reckless spending of the Biden administration has created an inflation crisis. Americans are feeling the impact of quickly rising prices and have seen just how it hurts our economy.

As the American worker and small business hurt, China is building back better.

President Biden killed the Keystone Pipeline XL and in doing so eliminated thousands of good paying jobs, destroyed American energy independence, and raised prices at the pump for all Americans. All the while, Biden lifted sanctions that enabled Russia to construct its Nord Stream pipeline and has begged the Organization of the Petroleum Exporting Countries (OPEC) to increase oil production.

America is no longer energy independent, but Russia and OPEC are building back better.

America is no longer energy independent, but Russia and OPEC are building back better.

The Biden administration and congressional Democrats have undermined our law enforcement community with their policies and votes to defund the police. The result is a major spike in violent crime and families being left less safe in their homes and communities ravaged by crime.

Yet criminal gangs are building back better.

The House Ways and Means Committee, of which I’m a member, is considering the massive $3.5 trillion reconciliation package that ultimately provides benefits to wealthy liberal elites at the expense of working-class families. Subsidies for wealthy environmentalists, while middle America suffers higher food, fuel and housing costs.

Coastal and urban elites are building back better, not rural America.

For Joe Biden, it’s everybody first – except America.