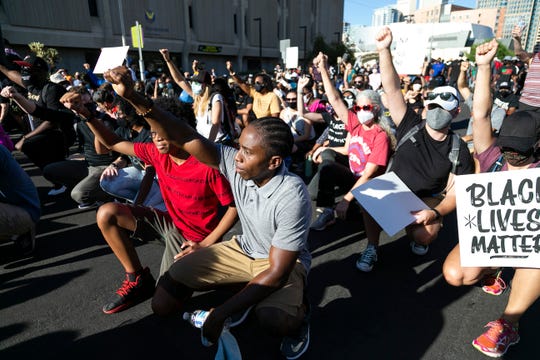 Juneteenth has always been a symbol of freedom deferred. While in January 1863, the Emancipation Proclamation promised to free enslaved Black people in some states, the news of this emancipation did not reach much of the country, and enforcement was slow and inconsistent through 1865.

It was then that Juneteenth became a holiday celebrating the resilience of the Black community in Galveston, Texas – and eventually of Black communities across America. The celebration included formerly enslaved people and their descendants, and focused on the promise of freedom from slavery, bondage and white supremacy.

Unfortunately, that dream has yet to be fully realized.

The vestiges of slavery continue to deny us reparations, liberation and freedom.

This Juneteenth, I invite you to reflect on the promise of freedom. Freedom doesn’t simply mean freedom from enslavement. Freedom is an affirmative goal, it is one that promises liberation, safety and peace of mind. It is the promise of a full and prosperous life. Yet, Black communities are still denied basic human rights protections. From the moment the first slave ships landed in 1619 to present day, Black communities have been denied basic lifesaving resources, locking us into cyclical trauma and violence.

Where I’m from in St. Louis, we’re dying. Over a seven-year period ending in 2020, our city has led the nation in police killings. And last year, the city had its highest homicide rate in half a century.  If we haven’t lost a loved one to violence ourselves, someone we know certainly has. We survive domestic violence, we survive carjackings, we survive shootings, we survive state violence. It’s something that we live through routinely.

It’s not just cycles of violence that stem from slavery – slavery quite literally lives on today through our system of incarceration and policing. The 13th Amendment explicitly permits slavery “as a punishment for crime.” It is no wonder then that Black people and Black communities across this country are devastated by yet another system of bondage – policing and criminalization.

COLUMN: Use education standards for police to lower rates of brutality, improve profession

To address these crises, we must first assess the root causes of violence. We must eliminate our public safety system’s instinct to criminalize and replace it with an instinct to provide care. The clearest opportunity to immediately do so is our system’s response to substance use, homelessness and behavioral and mental health crises –crises that are rooted in centuries of trauma and disinvestment. 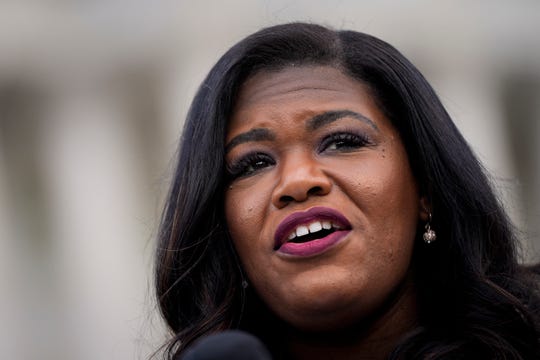 As it stands today, armed law enforcement agents, who lack expertise in health crises, are the first to respond to a variety of health emergencies, including those resulting from substance use and mental health issues. There are serious, and sometimes deadly consequences when police are asked to make instantaneous decisions involving people experiencing crises associated with mental health or other health complications. People with untreated mental health disorders have a risk of being killed when encountering police that is 16 times higher than those without.

These lives lost are more than statistics.

They are Daniel Prude, whose brother called for help after identifying that Prude may have been in crisis. The 41-year-old man was suffocated by Rochester, New York, police. They are Jason Moore, a man having a mental health crisis in St. Louis who was Tasered to death in the middle of the street. They are Pamela Turner, who had a known history of paranoid schizophrenia but was fatally shot by a Houston-area officer who was aware of her mental health struggles.

They are the scores of others whose lives could have been saved had we invested in a health-centered, care-focused, community-first approach to public safety.

We, as a nation, must get to the root causes of violence by focusing first on preventing violence, and second, by ensuring that when there is a health emergency, an appropriately trained professional is sent to support those in need. The Department of Health and Human Services can provide those supports by sending unarmed health experts into communities to respond to health crises.

We must also fund state and local governments, along with community-based organizations, to create public safety programs and interventions that address the fundamentals of violence, such as poverty, housing instability, environmental hazards and chronically underfunded social services.

It is finally time we stop responding to trauma with more trauma and to violence with more violence. We must put public health at the center of public safety. Our communities need help, and it is our responsibility to provide it.

As we celebrate Juneteenth this year, I call on all Americans – starting with my peers in Congress – to make a commitment to freedom and liberation. We must dismantle anti-Black, white supremacist systems of violence in America and build a future of care.

You can read diverse opinions from our Board of Contributors and other writers on the Opinion front page, on Twitter @usatodayopinion and in our daily Opinion newsletter. To respond to a column, submit a comment to [email protected]