Joe Biden and other world leaders were left waiting outside Westminster Abbey after the late Queen’s funeral as they were reminded for one last time they play second fiddle to the monarch being widely dubbed “Elizabeth the Great”. As the funeral procession left the Westminster church to make its way to Wellington Arch, foreign dignitaries and senior British politicians were made to wait for half an hour to allow the full military ceremony to pass before they were allowed to leave the area.

The protocol was as agreed in advance by Her late Majesty in carefully set out plans for what would happen after her death to the very minute.

While there is no doubt it was not formally set out in the funeral arrangements, elected officials from across the world being asked to hold back before departing sent a powerful symbolic message about Queen Elizabeth II’s status around the globe.

The service of remembrance at Westminster Abbey was attended by crowned heads and Prime Ministers, emperors and presidents for all corners of the world.

And President Biden, 79, the world’s most powerful man, had already been forced to wait at the entrance with his wife Jill, 71, because they had arrived late.

Protocol then saw him shunted to the 14th row behind several rows of different European royal families and even immediately the Polish President Andrzej Duda.

With around 250 leaders and their spouses assembled in London, most had to be bussed in from Royal Hospital Chelsea to prevent a snarl-up of official cars outside Westminster Abbey.

They then boarded coaches transporting them two miles to the service which began at 11am.

Among those crowding onto the coaches were French President Emmanuel Macron and his wife, Brigitte, and Queen Margrethe II of Denmark, now Europe’s longest reigning monarch. 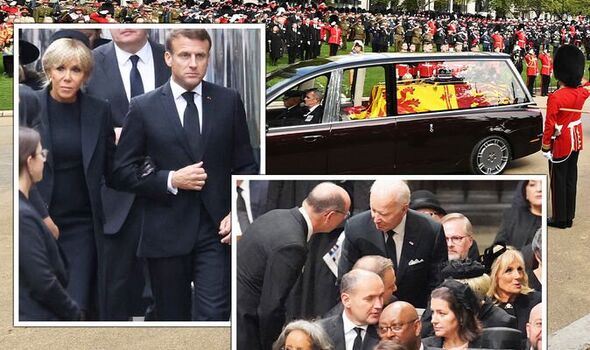 From around 7.30am, a succession of cars with blacked out windows and diplomatic number plates arrived, along with police escorts in 4x4s, sweeping down Lower Sloane Street to a checkpoint by Turk’s Row.

Uniformed officers turned away and redirected bemused cyclists, joggers and dog walkers back towards Sloane Square as a small crowd of residents and journalists gathered on the pavement.

One leader allowed his own transport was US President Joe Biden who arrived at the abbey in the presidential limousine, dubbed The Beast, with his wife Jill. 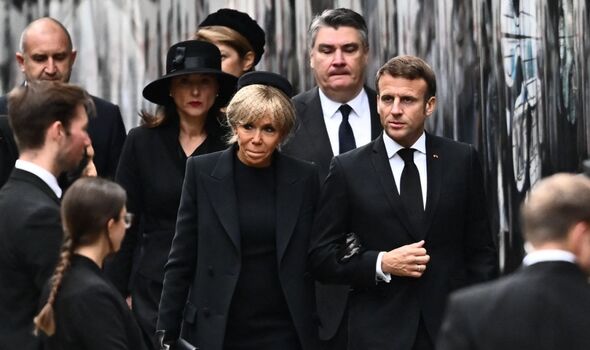 Ms Arden was one of the leaders to speak of the awe in which they held Her late Majesty ahead of the funeral.

Ms Arden, a republican, first became New Zealand Prime Minister in 2017 and had her first audience with the Queen in 2018, an event she admitted feeling very nervous about but then being put at ease by Her late Majesty.

“I think the thing that stood out for me – I was very nervous and anxious to meet the Queen,” she said.

“In the back of my mind, there were all the protocols and perhaps in New Zealand we don’t have too many of those.

“I remember feeling very determined to get it right but as soon as I got into the room I forgot everything that I was meant to be doing.

“But she still had a way of putting you at absolute ease and I think the thing that stood out to me is that you were having a conversation, and it was just that – a conversation.”

She also spoke twice to the Queen during lockdown and said it provided great support.

“It was like she was checking in to see if we were OK.” 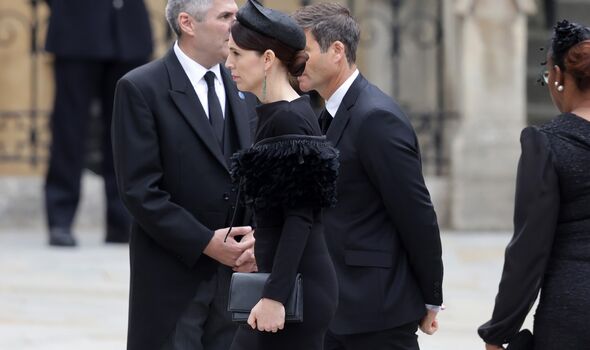