The White House reiterated its promise to assist any Americans to escape Afghanistan if they have not yet left the country.

White House press secretary Jen Psaki was asked by reporters Tuesday why there are still U.S. citizens in Afghanistan. Psaki replied by reiterating a promise made by Secretary of State Tony Blinken that support for Americans seeking to leave Afghanistan would be provided indefinitely.

“Let me just reiterate something that Tony Blinken said back in August, which is that if Americans who are in Afghanistan wanted to leave, whether it was three weeks, a month from now, two months from now – back in August – we would help them get out,” Psaki told reporters Tuesday. “And that is something we have delivered on our word on.”

“I would note that since that time, we have directly assisted 479 American citizens, 450 lawful permanent residents and [Special Immigrant Visas] for holders and SIV applicants,” Psaki continued.

On Aug. 31, President Biden gave his remarks concerning the end of the War in Afghanistan. At the time, Biden claimed, “100 to 200 Americans remain in Afghanistan with some intention to leave.” The statement continued, “Most of those who remain are dual citizens, longtime residents who had earlier decided to stay because of their family roots in Afghanistan.”

Psaki told reporters Tuesday that the disparity between the amount of stranded citizens mentioned in August versus the much higher amount of people already rescued was due to Americans in Afghanistan changing their mind after the original breakdown of the country. 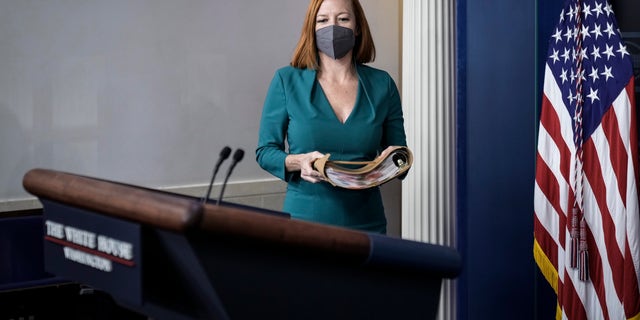 “[Biden] receives regular updates from his team and the State Department and other national security officials [that] really lead this effort,” Psaki said. “The United States does not track or put a tracker on American citizens traveling overseas, whether they’re in Afghanistan or any country around the world.”

A source familiar with the matter told Fox News that previous estimates of U.S. citizens still residing in Afghanistan grew because not everyone who was eligible to leave had registered with the embassy. In many cases, people wanted to stay because of family or deep cultural roots but later changed their minds.

The State Department said it is “in touch” with the remaining U.S. citizens who want to leave Afghanistan, are prepared to depart, and have the necessary travel documents.

“As Secretary [Anthony] Blinken has said, there is no deadline for this work,” the State Department said in a statement, reaffirming its pledge to help relocate Afghan allies who helped the U.S. during the war.

Bradford Betz contributed to this report.