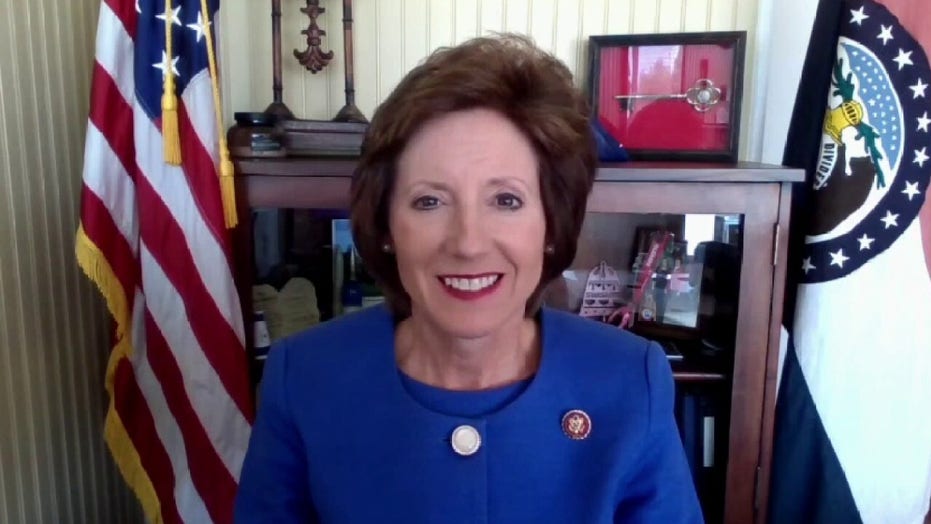 Rep.Vicky Hartzler of Missouri declared her candidacy for the Senate on Thursday, becoming the latest Republican contender in the 2022 race to succeed retiring GOP Sen. Roy Blunt.

The conservative lawmaker who represents Missouri’s 4th Congressional District, in the predominantly rural west-central part of the state, took a page out of the well-used Republican playbook in criticizing Democrats as socialists as she announced her Senate bid.

“Make no mistake: America is in crisis. The Democrat Party has been taken over by socialists and they are endangering our security, bankrupting our nation, killing our jobs, fueling inflation, harming our children, defunding our police, shredding our freedoms and rewriting our history,” Hartzler charged in a campaign launch video. “They are destroying the country you and I love, and they must be stopped.”

She also took aim at President Joe Biden and “cancel culture” during a campaign kickoff event at a gun shop in Lee’s Summit, Missouri.

Hartzler jumps into a competitive GOP primary in a state that’s turned a darker shade of red in recent years. Former Gov. Eric Greitens – who left office in 2018 amid multiple controversies – and state Attorney General Eric Schmitt launched campaigns earlier this spring. And in May, Mark McCloskey, the St. Louis attorney who along with his wife grabbed national headlines during the summer of 2020 for holding guns outside their home to warn off Black Lives Matter protesters, announced his candidacy during an appearance on Fox News’ “Tucker Carlson Tonight.”

A farmer and former state lawmaker, Hartzler becomes the first but potentially not the last member of Missouri’s congressional delegation to make a bid for the Senate. Republican Reps. Ann Wagner, Billy Long, Blaine Luetkemeyer and Jason Smith are also mulling runs for the statewide seat.

Hartzler was first elected to Congress in 2010 when she defeated powerful Democratic Rep. Ike Skelton, the one-time House Armed Services chair who controlled the seat for 34 years. Hartzler’s district, and Missouri overall, have shifted to the right since her first House victory. She won re-election in November 2020 by 37 points and then-President Donald Trump carried the state by 16 points over Biden.

“President Trump backed his words with actions,” Hartzler said in her video. “That’s what Missourians expect, and that’s been my mission every day.”

A potential Trump endorsement would have a major impact on the Missouri race, as it is in other competitive Republican primaries in the 2022 election cycle.

Smith, in an interview this week on Fox Business’ “Cavuto: Coast to Coast,” touted that he’d put his “record of standing up for the America First agenda and supporting President Trump and not running away when things got tough.”

And he predicted that Trump “will be very involved in the Missouri Senate race.”

Former state Sen. Scott Sifton and former Marine Lucas Kunce have launched campaigns for the Democratic nomination. And a handful of other Democrats, including Kansas City Mayor Quinton Lucas, are weighing bids.