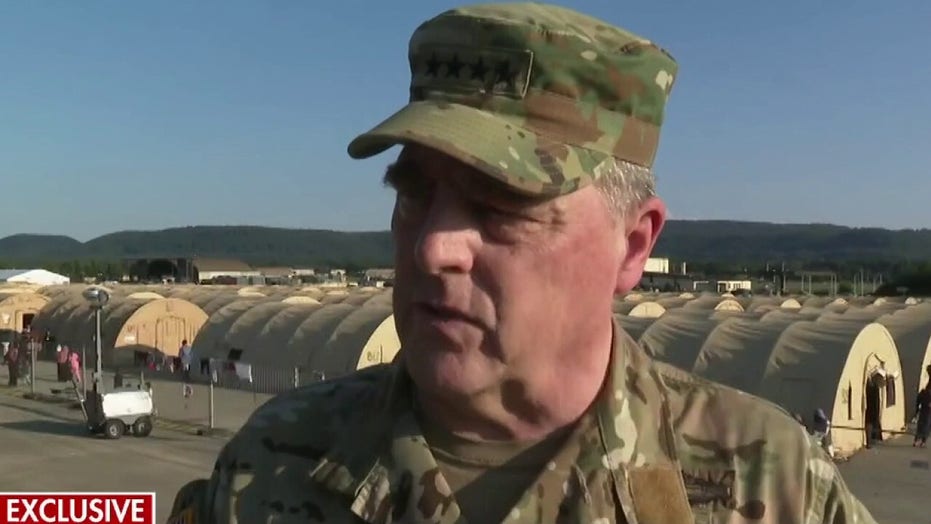 In an exclusive television interview with Fox News’ Jennifer Griffin, General Mark Milley said that one of the “lessons learned” from the U.S. withdrawal from Afghanistan was the pitfalls realized in the Afghan security forces.

“The Army itself – the army and the police forces were a mirror image in many ways – and we created and developed forces that looked like Western forces,” Milley explained. “I think one of the big lessons learned here is maybe those forces were not designed appropriately for the type of mission.”

The general, who spoke to Fox News at the Ramstein Air Base in Germany, said the fall of the Afghan government occurred much sooner than officials had expected, despite thorough planning in the withdrawal of U.S. forces.

“Afghanistan has always been a very difficult issue,” he later added.

The general told Fox News that a lack of faith in the government by Afghan citizens ultimately enabled the Taliban takeover.

“One of the fundamental issues I think clearly is the corruption in the government…the government itself not having the legitimacy in the eyes of the people,” Milley said. “You saw what happened at the end. The senior government elites, they all just literally bugged out.”

Milley said that despite the frustration that Americans have expressed following what President Biden described as a “messy” withdrawal, the U.S. was still able to coordinate the rapid evacuation of 124,000 Americans and Afghans.

The administration has said it will continue its efforts to evacuate all Americans, Special Immigrant Visa (SIV) holders, and at-risk Afghans who wish to leave.

The general further sought to assure all service members and the families who lost loved ones in the War in Afghanistan that their efforts were not made in vain.

“War is a horrible, terrible thing,” he said. “But I can tell you with a high degree of certainty that the troops that have fought in this for 20 years –  they made a difference.

“They protected the United States from a kind of terror, from a terrorist attack for two decades,” he added.

Milley also recognized the 13 service members who were killed during a suicide bombing in Kabul during the final days of the evacuation.

“Those 13 that were killed the other day at Abbey Gate, they didn’t die in vain, they died so that others will live free,” he added.