That image sealed the health secretary’s fate. Throughout the long months of lockdown, Mr Hancock had lectured the nation on the dangers of breaking rules – and here was evidence he had spectacularly abandoned social distancing. A less tenacious MP would have resigned on the spot and gone into hiding. But Mr Hancock is one of the most ambitious politicians of his generation and his resignation was not announced until early Saturday evening. His departure from the department of health does not mean we have seen the last of Mr Hancock. Far from it. He is already in a battle to define his place in the history books.

Boris Johnson’s former top aide Dominic Cummings is determined to brand him as an incompetent villain in the Covid-19 saga whose misjudgements led to legions of deaths. From the backbenches, Mr Hancock has the time and freedom to strike back.

He will also be cross-examined about his decisions in the forthcoming inquiry, and he will have no shortage of invitations to write his memoirs and give blockbuster interviews.

Nothing in Mr Hancock’s career suggests he will abandon politics. Aged just 42, this former chief of staff to George Osborne is a man who has already run for Tory leadership once and in 2018 became the first MP to launch his own smartphone app.

Most MPs never become household names even in their own constituencies but Mr Hancock is one of the most famous people in Britain. He never seemed to resent being handed one of the greatest challenges to face a peacetime health secretary and he addressed the nation in televised briefings with confidence and sometimes zest. 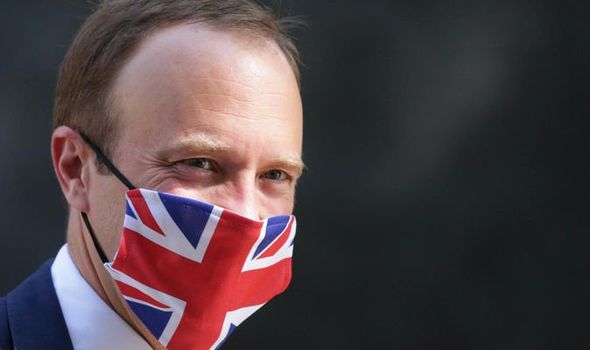 Occasionally, you glimpsed his raw emotions, such as when he appeared to cry on television in the first days of the vaccine roll-out.

Mr Johnson will hope that his downfall does not strengthen Labour, Liberal Democrat and SNP attempts to paint the Tory government as a collection of reckless politicos who surround themselves with cronies and think that laws and standards of behaviour that govern the lives of ordinary people do not apply to them.

The PM needs to protect the reputation of his government and that is why Mr Hancock had to go – especially with the Batley and Spen by-election taking place this Thursday. Mr Hancock may feel shattered and disappointed by the events of last week but – depending on how the country judges his role in fighting the pandemic – a comeback is far from impossible.

He once trained as a jockey and there is every chance he will seek to get back on his horse and gallop back into the fray.