A London wax museum wasted no time in giving its figure of President Donald Trump a more leisurely makeover after the U.S. presidential election last week.

“His campaign may not have been a hole in one, but [Trump] is now on course to dedicate more of his time to his favorite sport,” museum staff wrote on Twitter over the weekend, adding that the makeover was meant “to reflect his potential 2021 wardrobe.” 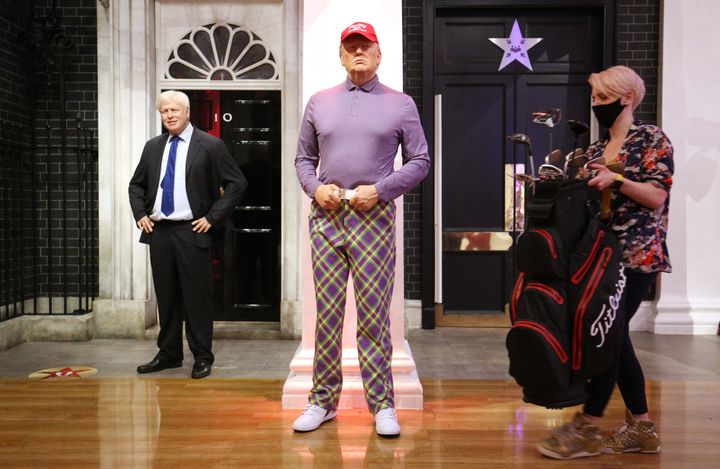 Previously, the Trump figure was dressed in a suit and red tie, and displayed in a replica of the White House Oval Office. And though the revamped exhibit is garnering international buzz, visitors will have to wait a little longer to see it in person, as Madame Tussauds London is temporarily closed due to COVID-19.

As for the real-life president, Trump was playing a round at his golf club in Sterling, Virginia ― a Washington suburb ― when The Associated Press called the presidential race in Biden’s favor early Saturday, four days after polls closed.

Though Trump initially appeared to be in the lead, his Democratic challenger gradually overtook him in battleground states like Pennsylvania as millions of mail-in ballots were tallied. 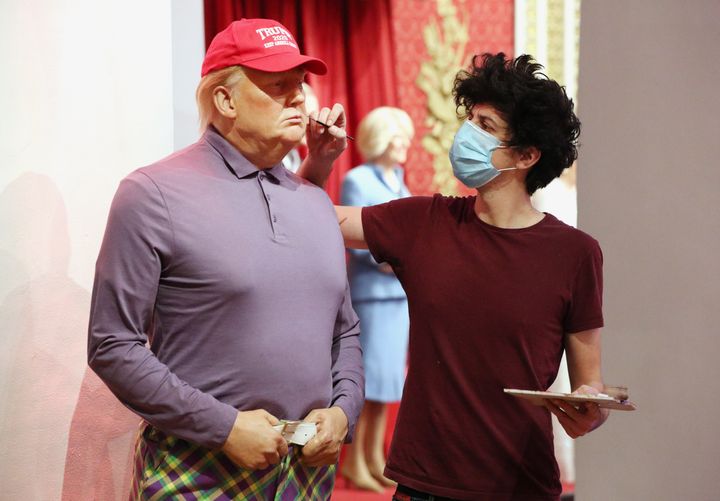 Since then, the president has refused to concede the election or otherwise publicly acknowledge his loss. He’s also alleged ― without providing evidence ― that Biden’s victory is the result of voter fraud, and has mounted a series of lawsuits to press those claims.

Madame Tussauds London is not the only outpost of the popular tourist chain to take a jab at Trump in recent weeks.

The museum’s outlet in Berlin, Germany, loaded its figure of the president into a dumpster days ahead of the U.S. election. The effigy was surrounded by placards displaying his incendiary tweets, including the ubiquitous “fake news!” gibe.

“Today’s activity is rather of a symbolic character ahead of the elections in the United States,” Orkide Yalcindag, the marketing manager of Madame Tussauds, told Reuters last month. “We here at Madame Tussauds Berlin removed Donald Trump’s waxwork as a preparatory measure.” 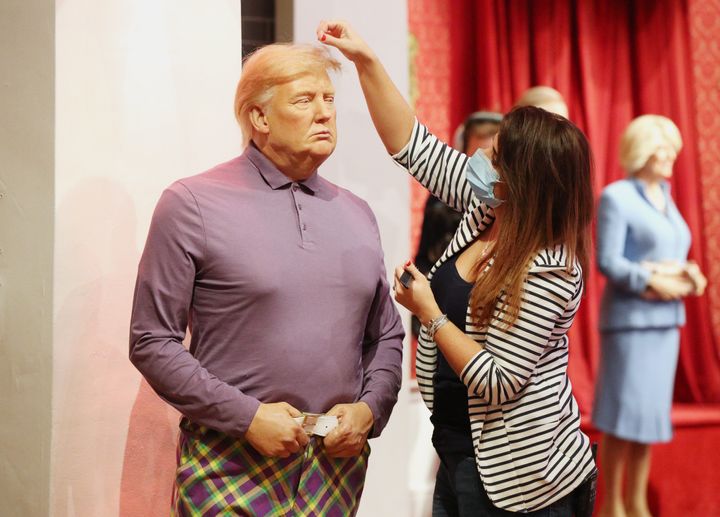