Daisy Cooper clashed with Labour MP Clive Lewis who is urging the Lib Dems, Greens and Labour to team up in an alliance to take on the Conservatives. He fears without the combined efforts of all those parties the Tories will “shapeshift” and remain in power for as long as they want. But Daisy Cooper dismissed the idea during a fairly awkward clash where she stated the recent Lib Dem by-election win in Amersham showed such a pact was not needed for her party to succeed.

Speaking on BBC’s Politics Live, Mr Lewis spoke with Ms Cooper on the programme to persuade her and her party to consider an alliance with Labour.

He told the programme: “There’s nothing to stop that happening from the bottom up and I think leadership should encourage that.

“It’s a natural way of working, I think we understand that we are fragmented.

“And rather than fighting each other, it’s about understanding politically the Tories have been at this game a lot longer a lot more successful than we have. 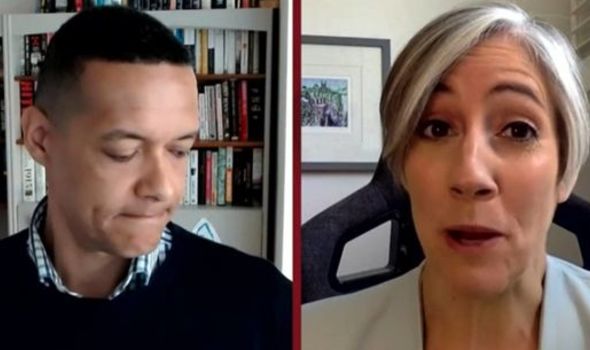 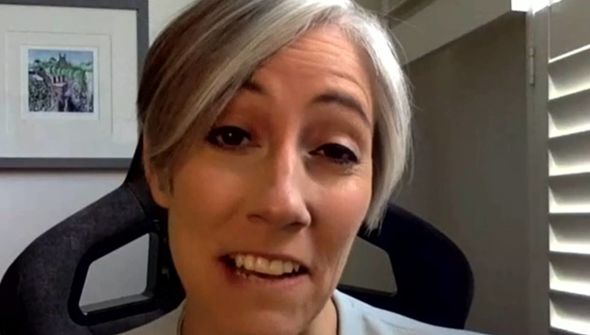 “It’s about being dynamic and being flexible enough to be able to respond to a very flexible and dynamic Conservative Party.

“They’re very good at what they do, which is staying in power and absorbing new threats to them.”

Mr Lewis added it was “simple mathematics” as the Conservatives have “absorbed” all their threats against them.

The MP referenced UKIP and social democrats who posed threats to the party.

Boris Johnson 'can be beaten by Lib Dems' says Davey 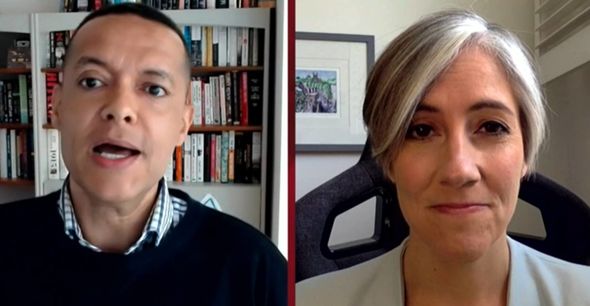 Ms Cooper was then invited to answer but did not deliver the answer Mr Lewis was looking for as he grimaced during her point.

She said: “Well, I think, again, the Liberal Democrat winning Amersham last week gave huge swathes of people across the country hope that Boris Johnson his government can, in fact, be beaten.

“And we didn’t have a progressive alliance in Amersham but voters did look at the choice before them.

“And they could see that there was a choice between the conservative and the Liberal Democrats and given that choice they made their own minds up as to which party they wanted to vote for.”

DON’T MISS
Bercow’s desperate plot to join Labour backfires – won’t make him Lord [Latest]
How could a Labour leadership contest be triggered? [Report]
Jeremy Corbyn 2.0? Who could be the next left-wing leader of Labour? [Insight] 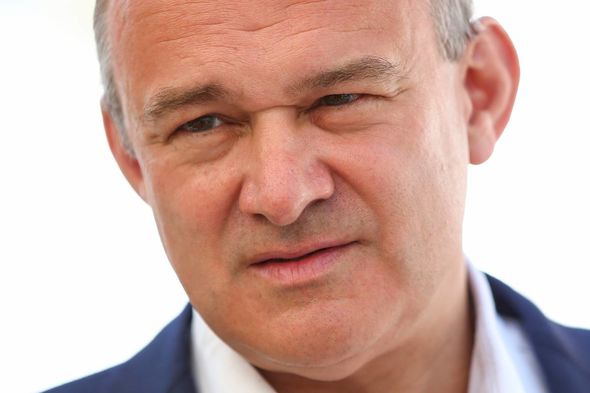 Political pundits believe the Liberal Democrat’s by-election success could be traced to HS2 which has been a big issue for local constituents.

The previous Tory stronghold was held with a 16,000 vote majority in the last election but was overturned by the Lib Dems with 8,028 votes.

New planning laws proposed by the Conservative government would see new developments being built on much of Amersham’s green countryside – a policy also despised by locals.

Lib Dem Leader Ed Davey has been vocally scathing against the idea of a progressive alliance as he believes the Amersham win is the start of the Liberal Democrats “smashing down the blue wall”.

Political pundits also warn the alliance may not be effective if they include the Lib Dems as their voters typically shift from being Labour or Conservative voters usually through protest and reaction.

Labour’s success now rests on the upcoming Batley and Spen by-election which was the seat held by murdered MP Jo Cox.

Some political activists are calling for Sir Keir Starmer to resign as leader if they lose two safe by-elections in row in the aftermath of Hartlepool.