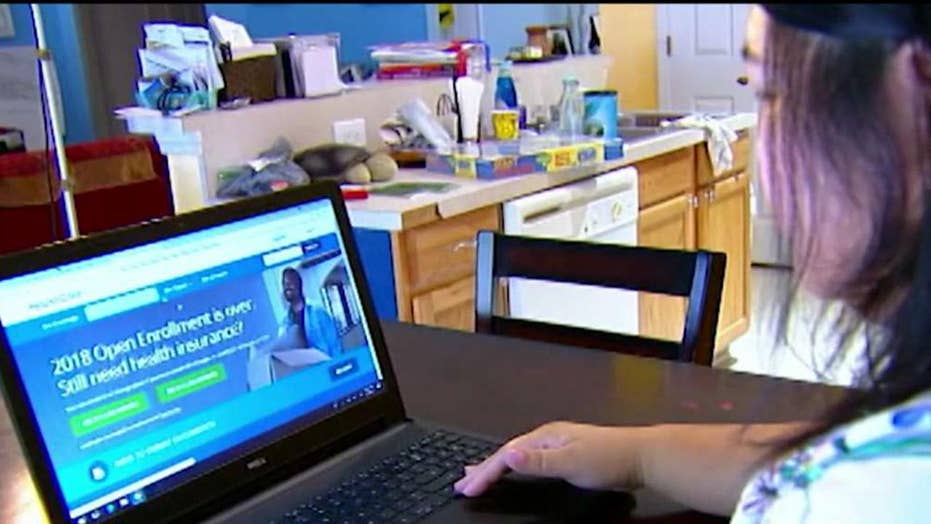 Whatever Happened to ObamaCare?

Oscar Wilde once wrote that “If one tells the truth, one is sure, sooner or later, to be found out.” It is widely known that Congress has a complicated relationship with the truth, so it should be no surprise that Congress is unhappy it got found out for telling the truth about ObamaCare and its individual mandate. The U.S. district court’s tightly reasoned decision declaring ObamaCare unconstitutional explains why.

After that unqualified victory for our 18-state coalition, the case now sits in the appeals phase, with oral arguments set to begin this week before the U.S. Court of Appeals for the Fifth Circuit. Our case demonstrates that the 2017 repeal of the individual mandate’s tax penalty renders the whole mess unconstitutional.

The argument is not innovative or inventive; on the contrary, it flows inescapably from the reasoning the Supreme Court adopted and from the nature of ObamaCare itself.

From a legal perspective, the case turns on this: can our legal system be held to its word?

Chief Justice John Roberts wrote for the majority in the Supreme Court’s 2012 decision upholding ObamaCare and the individual mandate (which were widely understood to be inseparable from one another). He wrote that Congress lacks the power to order Americans to buy a particular product. The Commerce Clause gives Congress the authority to regulate commerce, not to compel it. But he rescued the individual mandate by viewing it as a tax. Its saving grace was that it raised revenue for the federal government.

But that reasoning crumbled when Congress repealed the penalty. Because it no longer raises revenue, it can no longer be considered a tax.

All that remains is a simple command to buy insurance, which places it squarely into the unconstitutional category the Supreme Court articulated. So the individual mandate is unconstitutional.

Now, the question then becomes whether all of ObamaCare goes down or a portion remains.

Even ObamaCare’s supporters have long acknowledged that the individual mandate is the beating heart of the law. The Obama administration itself argued that the mandate was inseverable from key parts of the law.

As a former legislator, I know how easy it is to insert a severability clause into a bill.

I’ll give Congress some free legal advice and include one here: “If part of this law is found to be unconstitutional, the rest of it should remain in effect.” There. That wasn’t hard.

Does ObamaCare have one in its 2,000 pages? No. Instead, it has the opposite. A half dozen times, ObamaCare calls the mandate “essential.”

Congress left these passages unchanged when it zeroed out the tax penalty in 2017. If its intent had been to make the mandate severable, it should have removed those six non-severability clauses and added a severability clause.

Because these truths do not seem very useful to their case, the law’s supporters have abandoned the legal merits and declared that ObamaCare is the only thing keeping the sky from falling.

But their doomsday scenarios rest on a fundamentally false premise: that a well-functioning health care system demands that Americans give up control of their healthcare and put their faith entirely in the hands of lobbyists, politicians, and faceless Washington bureaucrats.

Nothing could be further from the truth.

The majority of states had taken action to protect people with preexisting conditions before Obamacare was signed into law. After Obamacare, there will once again be 50 different bites at that policy apple, rather than one ineffective method being imposed from the top-down.

ObamaCare is often billed as comprehensive “health care reform.” But what it really did was to abruptly freeze health care reforms being carried out by the 50 states. Any further innovation by the states will need Congress’ blessing to proceed. That’s not progress, it’s politics as usual.

When ObamaCare is struck down once and for all, legislators across the country can get back to crafting policies that address the needs, and conform with the values, of their own residents.

If California wants to experiment with socialized medicine, let them do it. Texas will focus on maximizing competition and putting choice back into the hands of consumers. Americans will vote with their feet, and innovations at the state level will have a chance to abound.

Indeed, as our lawsuit threatens the long-term viability of the failed ObamaCare experiment, states are already picking up where they left off.

Recently in Louisiana, my colleague Attorney General Jeff Landry proposed a bill with an innovative version of high-risk pools that will protect people with preexisting conditions and drive down costs. The State Senate unanimously passed this bipartisan bill and it is expected to pass the House by a wide margin. The law would come into effect if ObamaCare is eliminated.

Texans reject the belief that only the career bureaucrats in Washington can solve their problems. We know the structure our Constitution established has produced the strongest and most prosperous nation in history, and we want Texas to keep pushing the limits of what human ingenuity can accomplish.

ObamaCare may be the best thing that Washington bureaucrats could ever hope for, but the truth is we think even bigger in Texas. It’s time the courts returned control over health care to the laboratories of democracy the founders established so that we can see all that they can accomplish.

Scarily Accurate Analyst Gives 4 Reasons Why Bitcoin Price Won't Crash at $8,500
We and our partners use cookies on this site to improve our service, perform analytics, personalize advertising, measure advertising performance, and remember website preferences.Ok