I will be in Battle Creek, Michigan this Friday with workers who have been on strike for over two months against Kellogg’s. Let me tell you why I’m going.

In America today, we have more income and wealth inequality than at any time in the last 100 years. After adjusting for inflation, the average worker in America is making $40 dollars a week less today than he/she made 48 years ago.  The result: millions of working class families are struggling to pay for health care, prescription drugs, housing, child care, higher education or put away funds for retirement.  They are also trying hard to maintain their family life amidst irregular work scheduling patterns. 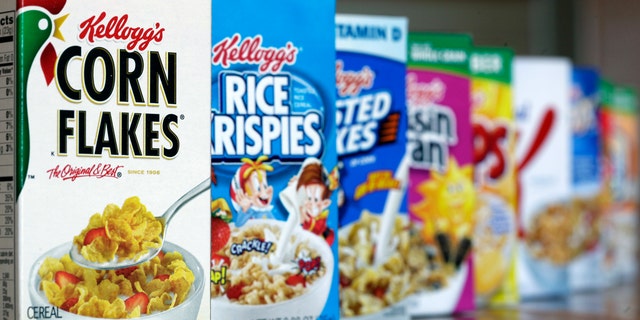 During the pandemic, when thousands of essential workers died doing their jobs, some 700 billionaires in America became more than $2 trillion richer.  As the rich get richer, corporate profits are soaring and the CEOs of major corporations are earning outrageous compensation packages.

Unbelievably, they now make over 350 times as much as their average employees as they receive large salaries, stock options, “golden parachutes” and a wide range of perks.

In the midst of this growing inequality, workers throughout the country are fighting back. As corporate profits skyrocket and top corporate executive receive outlandish pay, these workers are demanding their fair share. They want decent wages, benefits and working conditions. They want to be treated with respect.

The poster child for the culture of corporate greed that we are experiencing is how Kellogg’s is currently treating its employees.

Last year, Kellogg’s made over $1.4 billion in profits.  It paid its CEO, Steven Cahillane, nearly $12 million in total compensation, a significant increase over recent years.

One of the reasons that Kellogg’s had such a profitable year during this pandemic was the extraordinary sacrifices made by their employees who, in significantly understaffed factories, were asked to work an insane number of hours.

At the Kellogg’s plant in Battle Creek, Michigan for example, when the pandemic began many employees worked more than 50 days in a row – often 12-hour days.

Let me repeat that: Many employees at Kellogg’s have been working seven days a week, week after week after week, often 12-hours a day.  In fact, I spoke with one employee there who worked 120 days in a row.

Last year these employees, who were helping to feed America during the worst public health crisis in 100 years, were considered “heroes.”

Today, the company considers them disposable – even though many of them have spent their entire adult lives working for Kellogg’s.

These workers, members of the BCTGM International Union, have been on strike for over two months demanding better wages, working conditions and an end to a grossly destructive “two-tier” system which provides newer workers substantially lower wages and benefits than long- term employees.

The company has responded viciously to the union’s demands. Instead of sitting down and bargaining, they have walked away from the negotiating table. “There is no further bargaining scheduled and we have no plans to meet,” Kellogg’s said in an official statement to workers following the last round of negotiations.

With Christmas approaching they have terminated the health care benefits for these striking workers, leaving many of them with no health insurance at all.

In addition, they have initiated the ultimate act of disloyalty by attempting to permanently replace the striking workers. In a statement Kellogg’s said, “The prolonged work stoppage has left us no choice but to hire permanent replacement employees in positions vacated by striking workers.”

They are also threatening to outsource 275 jobs from Michigan to Mexico where new workers are paid just 97 cents an hour.

The workers’ struggle against Kellogg’s is a lot more than just 1,400 employees on strike in Michigan, Pennsylvania, Tennessee and Nebraska.

It’s about what this country and our economy is supposed to stand for.

It’s about whether we continue to tolerate the excessive corporate greed that is running rampant throughout our economy and where workers are treated with contempt.

It’s about whether we have a stable middle class with a decent standard of living or whether we descend into oligarchy where a small number of people are extremely wealthy while ordinary Americans struggle to survive.

I am proud to join the striking Kellogg’s workers in their fight for justice and dignity.

I hope that all Americans, as we sit down at breakfast with our Kellogg’s Corn Flakes or Raisin Bran, remember the people who produced those products and join me in demanding that the company return to the negotiating table and work out a fair agreement with the union.

Kellogg’s, like other large corporations, must understand that it cannot have it all.

Their workers deserve a fair shake.