Allegations by the Iranian foreign minister that former Secretary of State John Kerry informed him of  hundreds of Israeli attacks on Iranian targets in Syria is shining new light on the regime’s presence in the country.

Kerry has strongly denied the allegations by Iranian Foreign Affairs Minister Javad Zarif that he informed him of more than 200 Israeli airstrikes on Iranian targets in Syria, but it has quickly led to calls for Kerry to be investigated or even resign.

JOHN KERRY COULD FACE STATE DEPT. PROBE OVER IRAN BOMBSHELL IF GOP LAWMAKERS GET THEIR WAY

Those calling for a tougher stance against Iran, particularly officials during the Trump administration, have highlighted Iran’s use of proxies — terror groups and militias that it funds to cause instability in other parts of the region — in places like Syria, Yemen and Iraq, although much remains unknown.

Due to the secrecy of both the Iranian regime and the Syrian regime in Damascus, it is hard to get a glimpse into the relationship and funding the two countries share.

Estimates on how much Iran has spent militarily and economically in Syria range dramatically. One government insider said it has spent up to $30 billion to prop up Syrian President Bashar al-Assad and fight the Islamic State, according to Bloomberg News.

A 2018 State Department report found that since 2012, Iran has spent over $16 billion propping up the Assad regime and proxies in Syria, Iraq and Yemen, according to the Congressional Research Service (CRS).

The current number of Iranian forces is not known, but the CRS report cited research that Iran recruited between 24,000 to 80,000 Shia fighters to operate under Iranian command between 2013 and 2017 — a sign of the potential might the regime can command. During the Trump administration, the State Department said that Iran manages as many as 10,000 Syrian fighters in Syria. 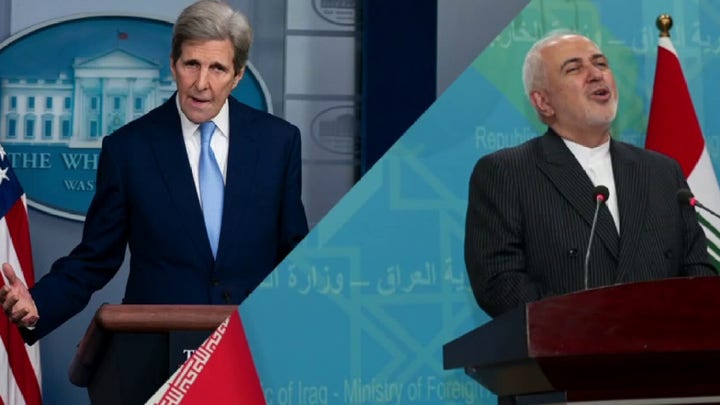 A 2018 Foreign Policy report found that Iranian forces operate out of 11 bases across Syria.

The Trump administration may have managed to blunt the Iranian presence by imposing a “maximum pressure” policy on Iran — which saw the U.S. withdraw from the Iran nuclear deal and re-imposing sanctions on Tehran, which is widely believed to have weakened the regime.

The Biden administration has changed course, halting an effort to reimpose U.N. sanctions — including a weapons embargo — on Iran. It has meanwhile indicated it wishes to re-enter the Iran nuclear deal, and talks to that end have begun in Vienna.

The Bank of England's deputy governor Jon Cunliffe has argued that a sea change in the issuance and circulation of public and private monies could...

Bitcoin descended back to about $50,000 in Asian exchanging on Thursday subsequent to plunging as much as 17% after Elon Musk tweeted Tesla Inc. had...

Elon Musk has said Tesla is looking at using “other cryptocurrencies that use <1% of Bitcoin’s energy/transaction.” Bitcoin expert, JP Thieriot, CEO of Uphold believes...

The future of the healthcare system is powered by blockchain. The Kingdom of Lesotho, a landlocked country in South Africa, has selected blockchain-based VXPASS for its...

Once, we knew who owned our news sources. In cities and towns across the nation, we knew whom to hold accountable. Today, a deluge of...