India has begun construction on a mass detention center for illegal immigrants in the Goalpara district of the northeastern state of Assam, one month after the country stripped almost two million people of citizenship.

According toReuters, which interviewed workers and contractors at the site, an area the size of seven soccer fields has been cleared to make space for the expansive project said to include a school, hospital, and recreation area. Layout plans reviewed by Reuters also show quarters for guards, a high boundary wall, and watchtower, it said.

The detention center visited by Reuters is the first of at least 10 others planned in Assam. It is meant to hold at least 3,000 detainees.

The Goalpara camp has a red boundary wall and two large watchtowers. Men and women will have separate living areas, workers and contractors told Reuters. 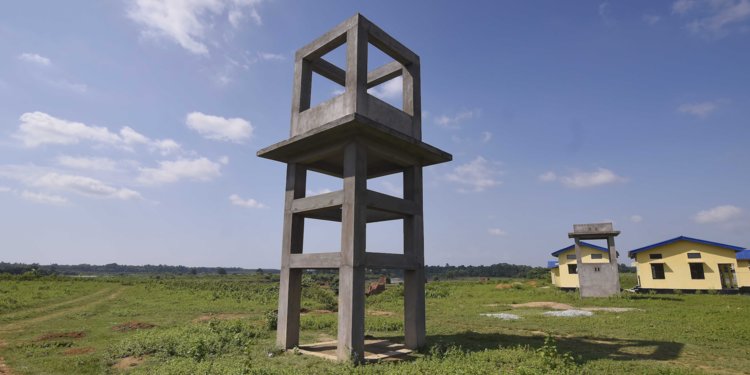 A security tower inside an under-construction detention centre for illegal immigrants is pictured at a village in Goalpara district in the northeastern state of Assam, India, September 1, 2019. Picture taken September 1, 2019.REUTERS/Anuwar Hazarika

One contractor told Reuters that the rooms in the center would be around 350 square-feet each, with each unit housing 24 rooms.

News of the detention facilities in Assam follows a crackdown on 1.9 million residents that the government now considers to be stateless.

Last month, the governmentput out a final list of all the residents in Assam considered to be Indian citizens called the National Register of Citizens (NRC). Around 33 million people submitted documents for consideration by the state, though the final list only contains 31.1 million names.

According toIndia Today, the NRC is used to verify citizenship in India and is used by the government to identify anyone who immigrated from neighboring Bangladesh after March 25, 1971.

Residents need to prove their citizenship by showing that either they or their ancestors were born in Assam before the cutoff date — which corresponds to the beginning of the Bangladesh War of Independence that saw hundreds of thousands of people flee the country as it split from Pakistan. 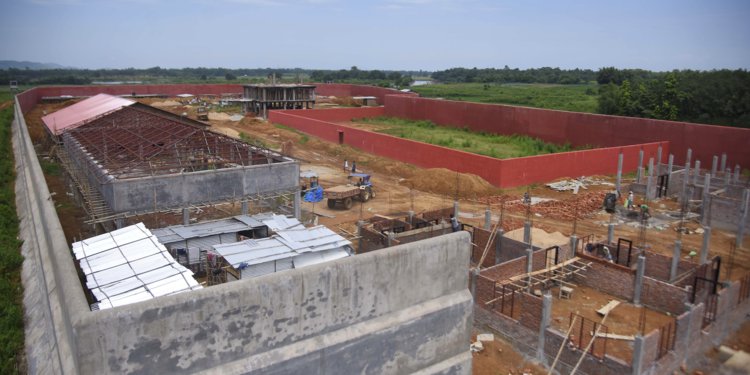 Laborers work at a construction site of a detention centre for illegal immigrants at a village in Goalpara district in the northeastern state of Assam, India, September 1, 2019. Picture taken September 1, 2019. REUTERS/Anuwar Hazarika

Those excluded from the NRC have 120 days to prove their citizenship. The Assam government has previously said those not included in the register will not be detained until they are declared foreigners by a special tribunal, according to India Today.

According toReuters, state officials have not outlined what fate lies ahead for those deemed foreigners, and neighboring Bangladesh has not agreed to accept the potential influx of stateless people.

The move has faced backlash from critics who accuse Prime Minister Narendra Modi and his allies of stoking racial tensions in one of India’s poorest regions, which is also home to a large Muslim population.

Amit Shah, the country’s home affairs minister,said on Sunday that the government “will not allow a single illegal immigrant to stay.” He also previously encouraged the country to take action against “infiltrators who were eating the country like termites,” according to theGuardian.

“Our intention is to expel illegal immigrants from the entire country and not just Assam,” hesaid.

Read more: India is controlling people in Kashmir with an elaborate maze of razor wire that changes configuration several times a day

Amnesty International has criticized the NRC and says it leaves the futures of millions of people in the region uncertain.

“Many Indians, especially those belonging to poor and marginalized communities, do not have certified copies of identity documents or are unable to produce it on time to prove their citizenship,” said Aakar Patel, Head of Amnesty International India.

“Assam is on the brink of a crisis which would not only lead to a loss of nationality and liberty of a large group of people but also erosion of their basic rights – severely affecting the lives of generations to come.”

Earlier this month, India also revoked part of its constitution which gave the disputed region of Jammu and Kashmir a special status and quasi-independence. The state, which is home to a significant Muslim population, was cut off from communication and is now directly under the control of India’s federal government in New Delhi.

Green MP Caroline Lucas investigated for tour of Parliament fundraiser
We and our partners use cookies on this site to improve our service, perform analytics, personalize advertising, measure advertising performance, and remember website preferences.Ok