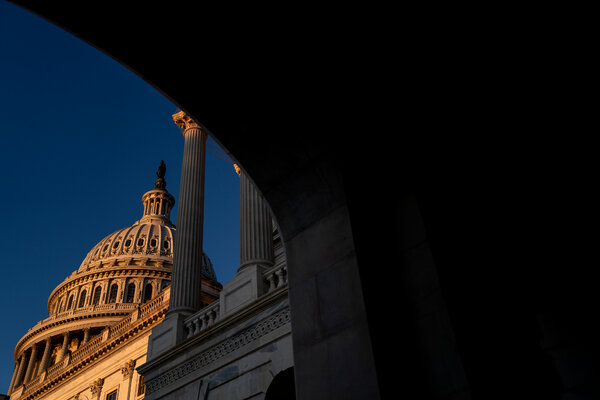 It is the first day of October. The air is crisp in Washington, Halloween is near, and yes, it’s time for that same Green Day joke about September ending.

But in the House of Representatives, it is still Sept. 30.

When Speaker Nancy Pelosi of California and Democratic leaders moved Thursday night to delay a planned vote on a $1 trillion bipartisan infrastructure bill, they also effectively stopped time, hitting a legislative “pause” button that was aimed at placating the moderate wing of their party.

Only in Congress, which is governed by arcane rules and traditions that often operate like a parallel reality, is it possible to extend a day for more than 24 hours. In this case, by keeping the House in recess on Thursday night, instead of adjourning as it does at the end of most days, leaders were able to keep the chamber in the Sept. 30 legislative day, regardless of the actual passage of time.

It allowed lawmakers, aides and White House officials who had toiled all day to reach an elusive deal among warring Democratic factions on President Biden’s flagship domestic policy bill to go home for a few hours of sleep without officially calling it quits. And it smoothed the path for leaders pushing to strike a compromise on Friday to head immediately to the floor for a vote if they are able to reach a breakthrough.

But the bigger reason for Ms. Pelosi’s calendar trick was political. She had promised a group of moderate Democrats who demanded a vote on the infrastructure bill this week that it would see action by Sept. 30. By refusing to allow Oct. 1 to roll around, Ms. Pelosi was upholding her commitment in the very most technical of ways, and offering the moderates a fig leaf to cover for the failure to secure the vote they had been promised.

“It ain’t over yet! This is just one long legislative day — we literally aren’t adjourning,” Representative Josh Gottheimer, Democrat of New Jersey and a leading proponent of the infrastructure measure, wrote on Twitter late Thursday evening. “Negotiations are still ongoing, and we’re continuing to work. As I said earlier: grabbing some Gatorade and Red Bull.”