The draft proposal includes raising the corporate tax rate to 26.5 percent for the richest businesses to help pay for President Biden’s sweeping expansion of the social safety net. 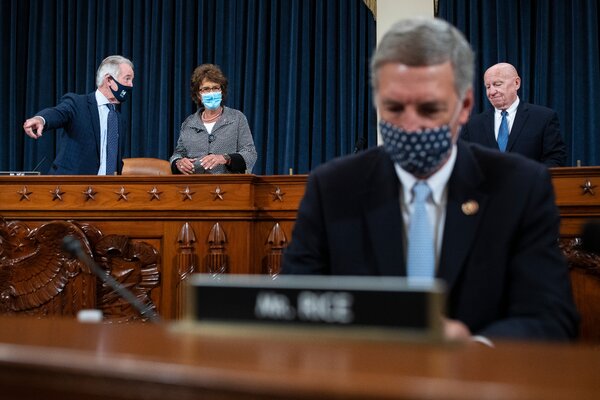 WASHINGTON — Senior House Democrats are coalescing around a draft proposal that could raise as much as $2.9 trillion to pay for most of President Biden’s sweeping expansion of the social safety net by increasing taxes on the wealthiest corporations and individuals.

The preliminary proposal, which circulated on and off Capitol Hill on Sunday, would raise the corporate tax rate to 26.5 percent for the richest businesses and impose an additional surtax on individuals who make more than $5 million.

The plan could be a critical step for advancing the $3.5 trillion package, which is expected to include federally funded paid family leave, address climate change and expand public education. While it is unclear whether the entire House tax-writing committee supports the proposal, it suggests plans to undo key components of the 2017 Republican tax law, although some provisions fall short of what Mr. Biden proposed earlier this year.

But the revenue provisions outlined in a document obtained by The New York Times and reported earlier by The Washington Post fall short of fully financing the entire package Democrats are cobbling together, despite promises by Mr. Biden and Democratic leaders that it would be fully paid for in order to assuage concerns from moderates in their caucus.

People briefed on the details cautioned that the plan was still in flux. The committee is scheduled to convene this week to continue work on the legislation and the Senate returns on Monday, as Democrats aim to reconcile their policy differences by the end of the month.