Hope Hicks, a former top aide to President Donald Trump, will return to the White House in a new role in the coming weeks.

Details are still being worked out, but Hicks is likely to start her new job early next month, Grisham said.

A day before announcing her departure in February 2018, Hicks testified before a House committee investigating Russia’s meddling in the 2016 election that her job sometimes required her to tell “white lies” on behalf of the president.

But after reportedly consulting with her legal team for an extended period of time, she insisted she did not lie about any matters related to Russian interference. 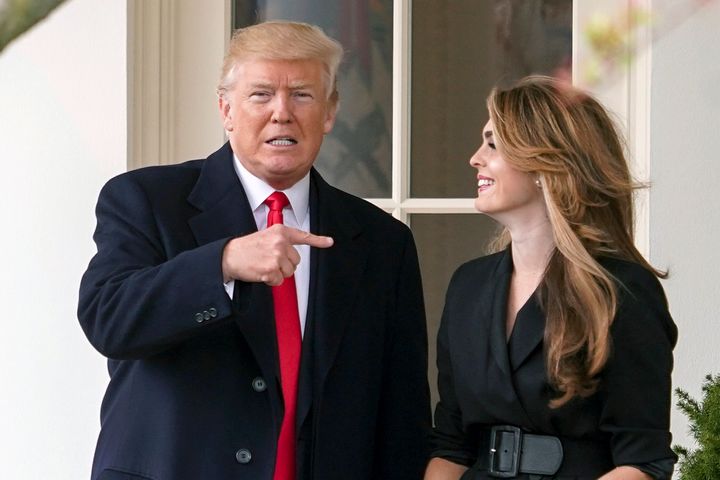 Hicks was one of Trump’s longest-serving and most trusted aides during her time in the White House. She worked on his 2016 campaign and served as press secretary on his presidential transition team after he won the election.

She succeeded Anthony Scaramucci, who was famously fired as White House communications director after serving just 11 days in the role. Former Fox News executive Bill Shine took over the job after Hicks departed. He was replaced by Grisham in March 2019 when he left to advise Trump’s reelection campaign.

The Connecticut native’s first foray into Trump’s world began in 2014 when she joined the Trump Organization to help Ivanka Trump, the president’s eldest daughter and now-senior adviser at the White House, grow her fashion line.

“Hope is outstanding and has done great work for the last three years,” Trump said in a statement to The New York Times after she announced her resignation in 2018.

“She is as smart and thoughtful as they come, a truly great person,” he said. “I will miss having her by my side, but when she approached me about pursuing other opportunities I totally understood. I am sure we will work together again in the future.”

Dive right in! Like the weather, the Daily Star's FREE newsletter is a scorcherA young toddler has died after tragically falling from a ninth-floor window...

Local authorities in Spain have started banning smoking in public places in light of evidence that increases the risk of coronavirus transmission. As of Thursday...

There are several options for filling a financial aid gap so you can get back to school. (iStock) When preparing to head off to college,...

If this summer was supposed to offer hope that coronavirus was under control in Europe, spikes in cases across the continent and ensuing travel chaos...

Global oil demand won’t return to 2019 levels until at least 2022 and the gap may be getting wider than it seemed a month ago....