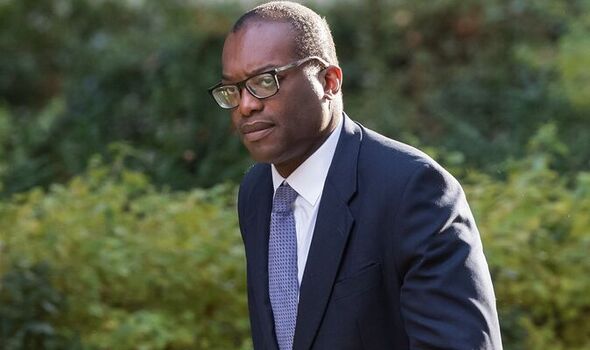 Figures on Monday showed GDP grew by just 0.2 percent in July – below that expected by economists. The Chancellor, preparing to unveil a tax-cutting mini-Budget next week, wants to drive up annual growth to 2.5 percent.

He reportedly said in a conference call to Treasury staff “there was a need to do things differently under fresh leadership”.

The demand for a change of emphasis comes after criticism by Liz Truss of the department’s “orthodoxy” and what the Prime Minister called “abacus economics”.

Tax reductions will be at the centre of her Government’s first fiscal event, expected next Thursday or Friday, which will increase borrowing further in the short term.

The cuts will come on top of a package revealed by Ms Truss last week designed to cushion the impact of rising energy bills on households and businesses, which could cost more than £150billion and is to be funded by borrowing.

Figures reveal unemployment fell to 3.6 percent in three months to July, its lowest level since 1974. But this coincided with a large increase in economic inactivity caused by long-term sickness and more young people becoming students.

The economic inactivity rate – those not in employment or seeking work – jumped by 0.4 percent to 21.7 percent, the highest level in almost six years. Experts claim long-term sickness is due to NHS backlogs and lingering long-Covid.

James Smith, economist with banking and financial services group ING, said: “Alarmingly, the number of people classifying as not working due to long-term sickness is up by almost 400,000 since late 2019 and almost 150,000 in the last two months’ worth of data. It’s hard to escape the conclusion that this is linked to the pressures in the NHS.”

The shrinking labour force is making the scramble to find workers even harder for businesses but demand appears to be cooling.

Job adverts fell 34,000 to 1.3million in the three months to August, which was the biggest quarterly fall in vacancies since the early stages of the pandemic.

Kate Nicholls, boss of UKHos­pitality, said: “One in six new jobs in the year were generated by our industry. But vacancies remain high. To ease the workforce shortage, we need to work with the Government on long-term solutions.”