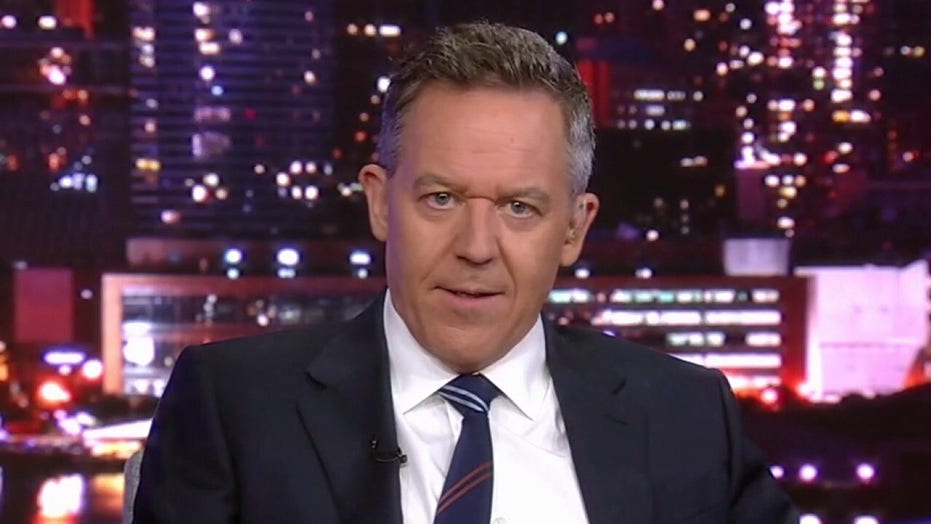 Gutfeld: This is why the media fell for the Jussie Smollett hoax

‘Gutfeld!’ panel weighs in on Jussie Smollett’s guilty verdict and the media coverage when the story first broke

It seemed like only yesterday that the media made a fussie over Jussie.

The Real: I don’t like that it’s being put out there in the media that this is a possible hate crime// Gayle King: a lot of questions in this case, but I know Jussie Smollett is a really, really good guy. I just want justice to be served in this case//The Talk: and the media has really cast so much doubt on his story, which I find so personally offensive//Robin Roberts: he’s given a detailed account, an account that Chicago police have said has been consistent. He hasn’t changed his story. They also said it’s credible. Police have said that and also that he has been very cooperative.

And now, today – it’s as if there’s like, no news, on the guy. I hope he wasn’t kidnapped by white supremacists! Maybe he went on another midnight trip to Subway and was attacked by Jared.  I kid – he’s too old for Jared.

But didn’t he go to court? Wasn’t he found guilty? It seems like one moment he was everywhere, but now he’s gone. Like rollerblades, or a Cuomo. So let’s pay a visit to all of those who first reported on that vicious, racist attack and see what they’re saying now. 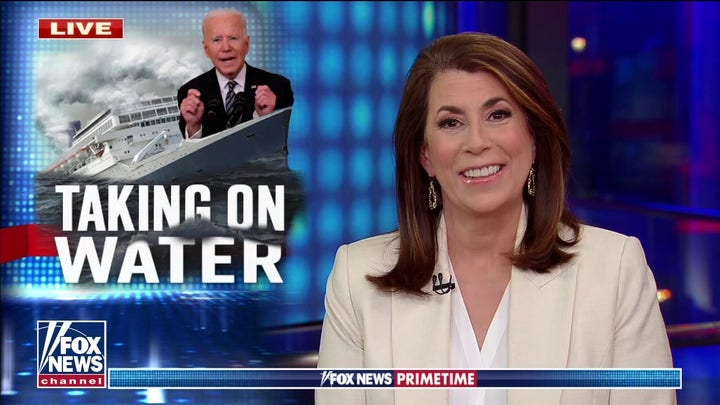 True – they buried the story like it was a friend of Hillary Clinton. That’s ‘cuz when the media loves the news, they scream it from the hilltops. But when the story exposes their bias and idiocy, they hide it like Brian Kilmeade’s bald spot.

Speaking of bald spots, how did “The View” handle it today?

Ana Navarro: It’s not Kamala Harris’ fault or Joe Biden’s fault or Cory Booker’s fault or anybody’s fault that their natural reaction was to empathize with somebody who we all, at first, thought was the victim of a hate crime

Ah, it’s not their fault – it’s just a natural reaction. Yeah, it’s a natural reaction if you wanted it to be true. Because you invested so much in the notion that America is full of white male racists. But this is their M.O. – turn the news faucet on, then, magically, turn it off.

Because the media is hoping the same people who easily bought the Smollett hoax when they championed it – won’t find it now that their own feverish fantasies turned out to be false. 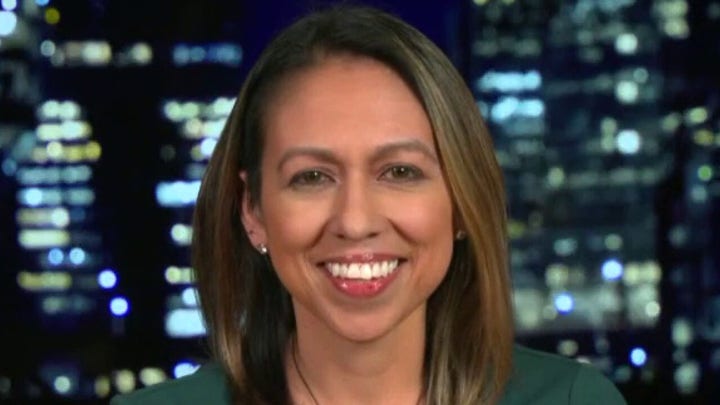 Now, I’m going to tell you the story of Smollett, from the press-eyed view. When the story broke, we were all sitting around a green room betting how many Twizzlers Dana Perino could eat. And all thinking the same thoughts. I wonder if Jessica’s water broke. Actually, we all knew Smollett was lying. ‘Cuz the lie was too on the nose – like a hysterical plot from “Law and Order.”

But we couldn’t say it just yet, because we were afraid of being called racists. Even though we know the story was as plausible as seeing Brian Stelter at Soul Cycle. Because what Smollett concocted was the exact kind of story the media preferred, and demanded. It fit their lurid assumptions of a systemically racist, evil, white America.

See, it’s not a hoax if it reflects your own fantasies. It’s like a psycho stalking a famous actress and convincing himself the actress has the same feelings for him. To him, it’s not a fantasy – it really exists. (I should probably apologize to Kathy Bates.)

Unfortunately for them, the media’s need for racist hate crimes is like Xanax at “The View” – the demand far outweighs the supply. 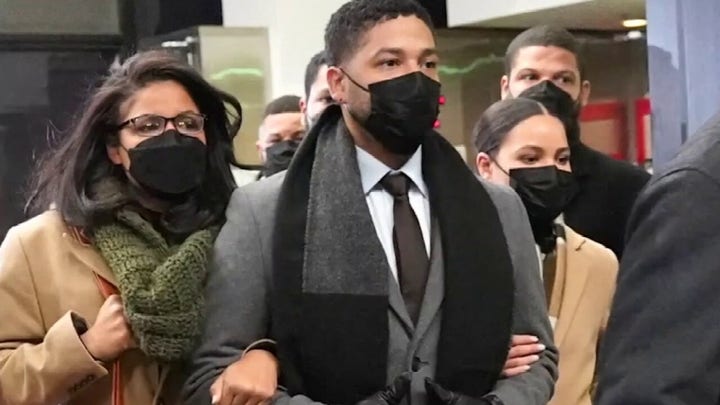 Meanwhile, some scrappy local Chicago reporters bravely chased the hoax down. Rafer Weigel and Rob Elgas – they need to be commended. Weigel actually was criticized for going on Fox News to discuss the rapidly disintegrating hoax, and his defense? Fox was the only network to ask him to come on. No one else would. They were too scared that their own narratives would collapse.

But what he was doing — was real journalism. No wonder the legacy media didn’t recognize it. That’s the good news about the press. The bad news? For every one of them, there are 300 Don Lemons.

So why did the media fall for this? Well, you can’t accept a ludicrous story like that unless you have two elements in place. A nickel bag and a bong – I wish. Actually, you need to be primed for it, and you want it to be true. 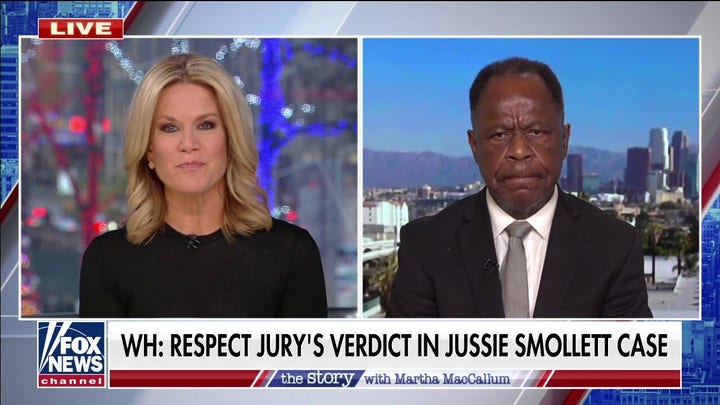 The priming consists of a repetitive grim narrative, pushed by outlets like CNN, in which America’s full of bigots. This false narrative was the table setting that served up whatever race hoax would pop up, and there were lots.

Banana peels left outside. That had to be racist, because only white people have access to fruit.

A rope at a race car garage – that was about as similar to a noose as a plate of fettuccine.

Workout gear in an Oakland park also became a collection of nooses. Who knew Jack LaLanne was a Klansman?

And covered furniture became a man in a KKK robe and hood. Hey, who hasn’t made that mistake before? Is that the grand wizard or a lazy boy recliner?

The media primed the environment so that any racist hysteria could become reality. Smollett, being the enterprising race-baiting grifter, saw this as a perfect opportunity to enhance his career. And so he did. It’s what narcissistic, predators do. 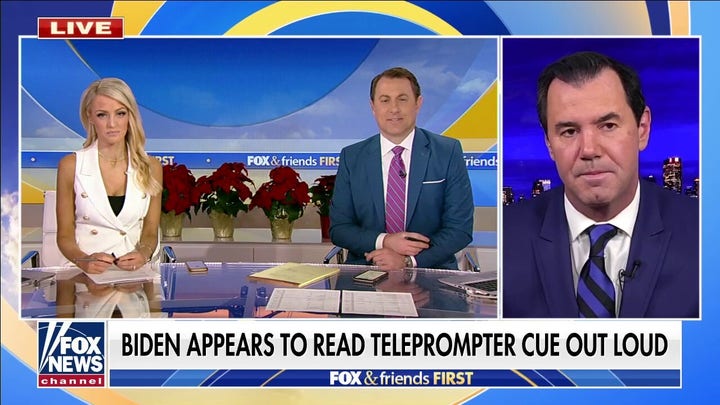 He could have gotten away with it. But his only problem: he’s an idiot. He hired two black guys to play two white guys. Not only a violation of cultural appropriation but just terrible casting. That’s like casting Gwyneth Paltrow to play Rosa Parks.

And who’s wandering around a frigid Chicago night holding rope and bleach? Angry penguins, that are into bondage? On their way to clean swimming pools?

And perhaps the biggest improbability of all? What White, MAGA heads would ever recognize Jussie Smollett? He’s asked to show ID at family gatherings.

And yet the media bought it all. Because like a really bad drug dealer, they were getting high on their own supply – feeding off their own race fantasies. It’s as if they could believe in anything.

Fake commercial for the law firm of Harris, Swalwell & Schiff to “Leave the lying to us.”

The press also enjoyed acting smarter than you, because they saw this crime coming. And they should have, since they’re the ones who created this Frankenstein monster. So when they got screwed by their own gullibility, they fell as silent as President Biden looking for his shoes in the fridge.

And if they were wrong about this, what else did they get wrong? Covid? Immigration? Letting Andrew Cuomo act like a freelance massage therapist? The list is longer than a receipt from CVS.

So will the press learn a lesson from this? Don’t make me laugh. I have MSNBC for that.

This article is adapted from Greg Gutfeld’s opening monologue on the December 10, 2021 edition of “Gutfeld!”