The Senate vote was big enough itself on May 28. They held a procedural vote to vanquish a filibuster and permit the Senate to launch debate on a bill to establish a bipartisan commission to probe the 1/6 riot at the Capitol.

The bill needed 60 yeas to overcome the filibuster but only commanded 54. Three senators who supported the commission were absent: Sens. Patty Murray, D-Wash., Kyrsten Sinema, D-Ariz., and Pat Toomey, R-Pa. Still, that would only get the Senate to 57 yeas. And so, they voted to kill the commission to investigate the riot.

The vote infuriated Democrats, arguing that Republicans don’t want to get to the bottom of January 6. Lawmakers and political observers alike will long remember that procedural roll call vote. But perhaps they’ll recall that vote for another reason: the beginning of the end of the filibuster. 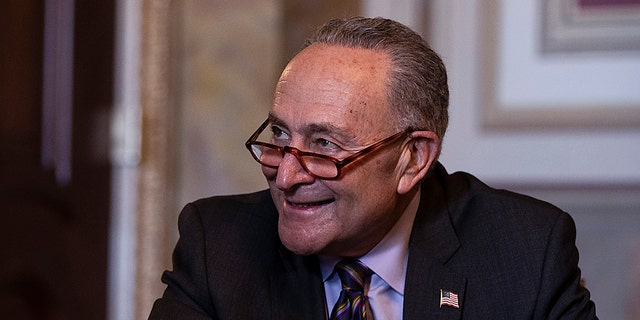 Democratic leaders could use some of the frustration about Republicans as a wedge to convince Democratic senators to eventually end the filibuster. It’s one thing for Democrats to oppose altering the filibuster for DC statehood. But the riot was an atrocity. It is thought that a failure to create a commission to investigate the January attack may in fact be worthy of blowing up the filibuster. In other words, with no filibuster, the Senate would have passed the 1/6 commission bill. More than a simple majority favored the commission. It was the filibuster which sidetracked it.

Remember that the May 28th vote was procedural. It would just have launched debate on the bill. It was not an actual vote on the bill itself. In fact, Senate rules would require a second procedural vote to halt a filibuster if senators actually began debate on the measure. However, the May 28 vote could serve as a barometer on the future of the filibuster.

Halting the January 6 commission bill could emerge as a gateway for Democrats to change filibuster provisions and potentially pass bills on their own without Republican assistance. That could include measures on voting rights, the courts, DC statehood, infrastructure, the environment and guns. Granted, all 50 Senate Democrats aren’t on the same page on many of those bills yet. But upending the filibuster could put the Democrats a little closer to advancing their agenda, forever altering the filibuster and leaving the Republicans behind – if Democrats stick together.

But, Democrats have a problem. Two problems to be precise, and frankly, probably more.

Physicists struggle to understand why gravity is simultaneously so powerful – yet incredibly weak. They tangle with understanding what composes matter. Questions about as to why time apparently flows in only one direction (although a lot of people may challenge that particular concept after the pandemic).

Congressional Democratic physicists colloquially refer to their conundrums as “Manchin” and “Sinema.” As in Sens. Joe Manchin, D-W.Va., and Kyrsten Sinema.

President Biden and Democratic leaders know these two moderate Democratic senators are key to passing much of their agenda. If Democrats can get Manchin and Sinema on board, that unlocks the door for Democrats to pass a variety of bills. Even better for Democrats if the two agree to torpedo the filibuster. Democrats are now mounting a pressure campaign on this duo, but the dynamic isn’t working so far. That could mean the Democratic agenda has already reached the limits of what they can pass into law.

President Biden didn’t mention the senators by name the other day but it was clear to whom Mr. Biden referred when he suggested there was a pair of Democratic senators who voted more frequently with Republicans than their own party. That’s not true, but Mr. Biden scored his point. 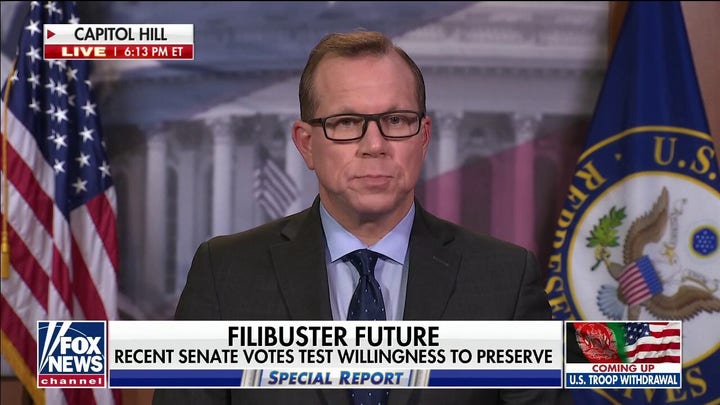 “I hope this is not the beginning of an effort by Senate Republicans to prevent this chamber from debating reasonable, commonsense legislation,” augured Schumer after the 1/6 commission bill imploded and a small coalition of GOP senators delayed passage of a bipartisan science and technology bill. “We shall soon see.”

Schumer later declared that “events of the last few days probably made every member of our caucus realize that a lot of our Republican colleagues are not willing to work with us on a whole lot of issues.” This is why Schumer is going to start to load up the Senate calendar with votes on issues integral to the Democratic agenda: voting rights, guns, and Infrastructure. These are all coming to the floor over the next eight weeks.

Some these bills won’t even formally make it onto the floor because they face a filibuster just to launch debate – much like the 1/6 commission legislation. Democratic leaders will point to Republicans for holding things up and portray them as “obstructionists.” But the message is also directed at Democrats who are reluctant to end the filibuster. Moreover, Schumer’s parliamentary arpeggio over the next few weeks also gives liberal groups a chance to amplify their message about ending the filibuster. And, frankly, the exercise also rewards Manchin and Sinema with a chance to augment their independence and “bipartisanship,” refusing to bow to the desires of the left.

But here’s the best kept secret in Washington:

In addition to Manchin and Sinema, there are additional Democratic senators who aren’t willing to undo the filibuster. That list is not exactly clear. Those senators may finesse their viewpoints on modifying the filibuster or even carefully avoid stating an outright view on the issue – because no one really knows how they feel. 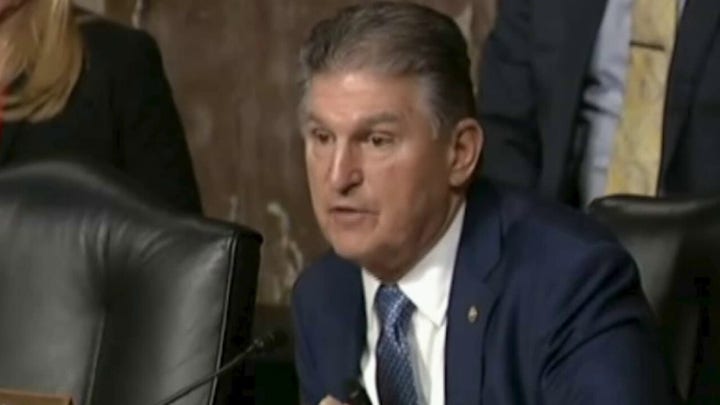 These Democrats are more than happy to give the illusion they are for ending the filibuster, perhaps voting to stop debate on procedural roll calls and the like. These senators have leeway to do that because they know that any one of the given bills mentioned above may face a filibuster and die anyway. Plus, these Democrats are more than happy to let Manchin and Sinema take the heat – even if they privately harbor reservations about ditching the filibuster themselves.

That’s why the Senate is about to enter a complicated, political pirouette over the next few months. Lots of action. But perhaps little accomplishment.

Here’s another thing to note:

We often hear that Democrats need 50 votes – and then, a tie-breaking vote from Vice President Kamala Harris – to upend the filibuster. That’s correct. That’s quintessence of the “nuclear option.” Democrats deployed the “nuclear option” in November, 2013 to modify filibuster provisions on most executive branch nominees. Republicans went nuclear in April, 2017 to amend the filibuster for Supreme Court nominees. However, what both parties left in tact was the 60 vote threshold to clear a filibuster on legislation.

Democrats would have to again dip into the nuclear option arsenal to alter the filibuster for bills – be it infrastructure or voting rights. But the stunted 1/6 commission bill gives Democrats the precise parliamentary option necessary to go nuclear a third time: a failed cloture vote.

So, Democrats now have, procedurally, what they need to pass their agenda. But what they lack are the votes.

And that’s why there’s so much attention now trained on Joe Manchin and Kyrsten Sinema.