The Department of Justice is investigating Postmaster General Louis DeJoy in connection to past political campaign activity when he was CEO of a private logistics company and major Republican donor, DeJoy’s spokesperson confirmed Thursday.

“Mr. DeJoy has learned that the Department of Justice is investigating campaign contributions made by employees who worked for him when he was in the private sector,” Mark Corallo, a spokesman for DeJoy, told Fox News in a statement.

Corallo said DeJoy has never knowingly violated campaign finance laws and is cooperating with federal officials to resolve the matter.

“He has always been scrupulous in his adherence to the campaign contribution laws and has never knowingly violated them,” Corollo said. “Mr. DeJoy fully cooperated with and answered the questions posed by Congress regarding these matters. The same is true of the Postal Service Inspector General’s inquiry which after a thorough investigation gave Mr. DeJoy a clean bill of health on his disclosure and divestment issues. He expects nothing less in this latest matter and he intends to work with DOJ toward swiftly resolving it.”

The Washington Post first reported the FBI probe on Thursday.

DeJoy was appointed to the postmaster general role in May 2020 during the Trump administration. He’s been in the hot seat since for his past prolific GOP fundraising and leadership at USPS where he faced a slew of criticism over mail delays, plans to slash overtime and raise prices.

“Did you pay back several of your top executives for contributing to Trump’s campaign by bonusing or rewarding them?” Rep. Jim Cooper, D-Tenn., asked DeJoy at the time.

“That’s an outrageous claim, sir, and I resent it,” DeJoy said, noting he wasn’t working at his company during the Trump campaign. “The answer is no.” 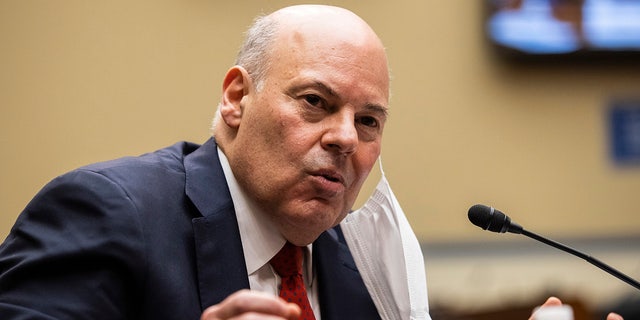 DeJoy and his spokespeople have repeatedly said DeJoy complied with campaign finances laws while at the helm of New Breed.

Monty Hagler, a spokesman for DeJoy in his private capacity, told Fox News in September that DeJoy consistently encouraged employees and family members to be active in their communities and provided them with various volunteer opportunities to get involved in activities. Hagler said DeJoy “regrets if any employee felt uncomfortable for any reason.”

“During his leadership of New Breed Logistics, Mr. DeJoy sought and received legal advice from the former General Counsel of the Federal Election Commission on election laws, including the law of political contributions, to ensure that he, New Breed Logistics and any person affiliated with New Breed fully complied with any and all laws,” Hagler said at the time. “Mr. DeJoy believes that all campaign fundraising laws and regulations should be complied with in all respects.”

USPS had no comment Thursday about the FBI probe into the postmaster general.