The former Boris Johnson political adviser said he was glad Brexit Britain had gone its “own way” on the vaccination rollout. The European Union suffered several delays in securing and delivering jabs to members, with some countries like France plunging into a third wave of Covid before being able to start vaccinations in earners. Dominic Cummings took a swipe at Brussels as he spoke of Mr Johnson’s record in the early stages of the pandemic last year.

“‘If you don’t go down the EU approach, and that works, and we do it ourselves and it doesn’t work, you guys are all going to be in a huge political hole’.”

“But you have to take risks and when we looked at the EU plan, not just me but all the people who really understood vaccines, all said the EU plan just looks like the usual EU-Brussels sting. 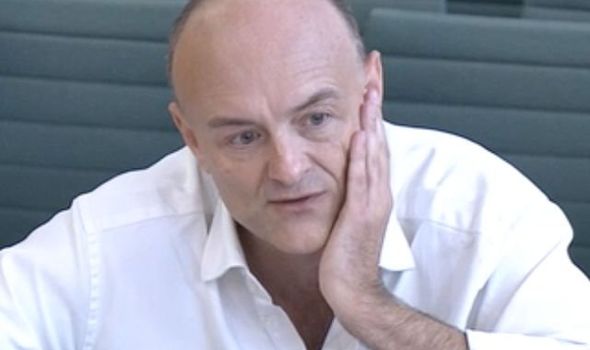 “At the time, that clearly seemed like the right thing to do. And thank goodness, I think that was one of the few good things we got right.”

The Prime Minister’s former adviser said Mr Johnson wanted to be like the mayor from the film Jaws, who kept the beaches open to protect the local economy despite the threat posed by a killer shark.

Mr Cummings said the policy was “madness” because while there were restrictions imposed domestically from the end of March 2020, there were travellers coming in from infected areas.