NATO leaders warned on Monday that China presents “systemic challenges,” taking a forceful stance towards Beijing in a communique at Joe Biden’s first summit with an alliance that Donald Trump openly disparaged.

The new US president has urged his fellow NATO leaders to stand up to China’s authoritarianism and growing military might, a change of focus for an alliance created to defend Europe from the Soviet Union during the Cold War.

The language in the summit’s final communique, which will set the path for alliance policy, was not entirely backed by German Chancellor Angela Merkel and French President Emmanuel Macron, but the two EU leaders signed up to it regardless in a bit to restore relations with the US after the Trump era.

President Biden also told European allies that the alliance’s mutual defence pact was a “sacred obligation” for the United States – a marked shift in tone from his predecessor, Trump, who had threatened to withdraw from the alliance and accused Europeans of contributing too little to their own defence.

He said: “I want all Europe to know that the United States is there. 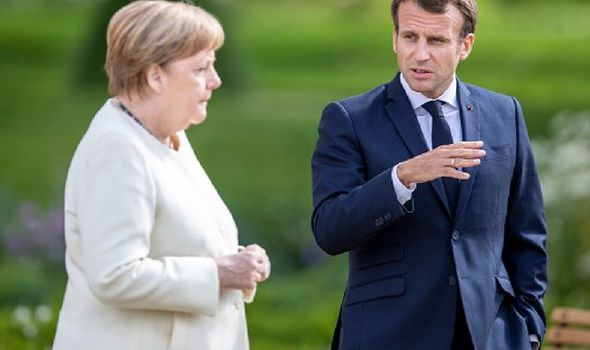 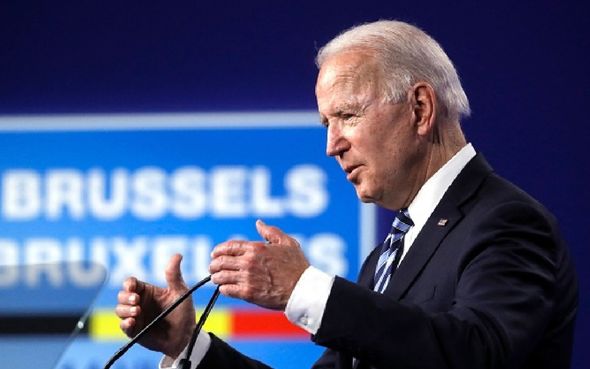 “NATO is critically important to us.”

In a bid to please her American counterpart, Angela Merkel, at her last summit of the alliance before she steps down in September, described Mr Biden’s arrival as the opening of a new chapter.

She also said it was important to deal with China as a potential threat, while keeping it in perspective.

“But one must not overrate it, either – we need to find the right balance.”

She added that it was “very clear that Russia, above all, is the major challenge”.

She continued: “China is playing an increasing role, as is the entire Indo-Pacific region.

“But I don’t think we should overstate the importance of this.

“Of course, we are also following the hybrid actions of both Russia and China, and we see new challenges in this as well.

“That’s why it’s important that we coordinate more politically.”

Echoing Mrs Merkel’s pleasing words, President Macron said: “NATO is a North Atlantic organisation, China has nothing to do with the North Atlantic. 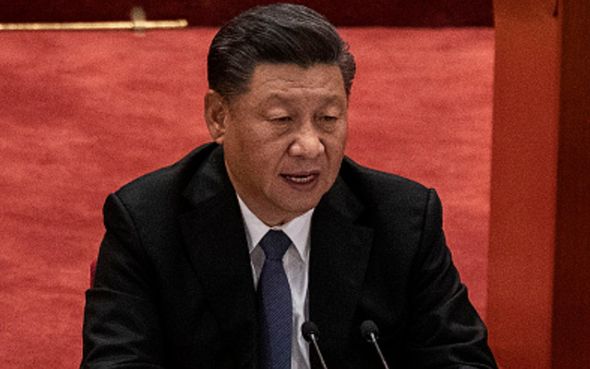 “We shouldn’t bias our relationship with China — it is much larger than just the military.

“We shouldn’t distract away from the many challenges we have within NATO.”

Later at a news conference, Mr Biden, who will meet Russian President Vladimir Putin on Wednesday in Geneva, said China and Russia were trying to split the transatlantic alliance and that, while he was not seeking conflict with Russia, NATO would respond if Moscow “continued its harmful activities”.

He described Putin as tough and bright.

He said: “Russia and China are both seeking to drive a wedge in our transatlantic solidarity.”

He also pledged to support Ukraine in its conflict with Moscow, although he was non-committal on whether Kyiv could one day join NATO.

The US President said: “We are going to put Ukraine in a position that they will be able to maintain their physical security.”

G7 nations meeting in Britain over the weekend scolded China over human rights in its Xinjiang region, called for Hong Kong to keep a high degree of autonomy and demanded a full investigation of the origins of the coronavirus in China.

China’s embassy in London said it was resolutely opposed to mentions of Xinjiang, Hong Kong and Taiwan, which it said distorted the facts and exposed the “sinister intentions of a few countries such as the United States”.

“China’s reputation must not be slandered,” the embassy said on Monday.