Streeting asked to apologise for social media comments on GPs

The shadow health secretary was branded “deeply embarrassing” last week after a hasty Tweet attacked Boris Johnson for failing to go to a conference in Doncaster when it turned out he was on a secret mission to Kyiv. But since then a number of historic Tweets from the Labour frontbench darling of the Rejoiners have emerged where he appeared to threaten violence against individuals.

In the Commons chamber today, he was directly asked to apologise during the NHS debate by Sleaford and North Hykeham Conservative MP Caroline Johnson, who is a qualified GP.

Ms Johnson pointed out that one of the biggest problems faced by NHS staff was abuse.

She said: “One of the challenges that doctors face and members of staff is that they face the challenge of being abused in the surgery and I wonder if he would like to apologise for some of the comments that he has made on social media.”

The Speaker Sir Lindsay Hoyle intervened insisting that Dr Johnson needed to intervene with a question, but afterwards Mr Streeting refused to address the request for an apology.

He said: “There is no excuse for abusing NHS staff.” 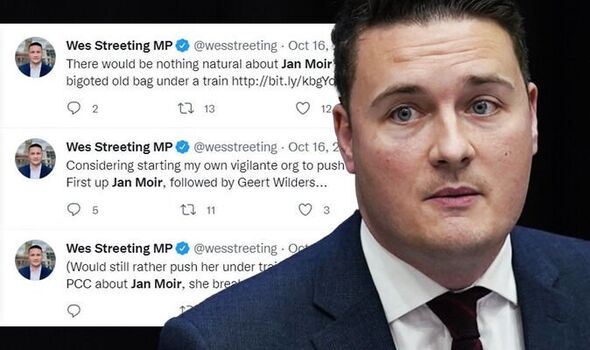 The row has broken out as MPs continue their work today on the committee stage of the Online Safety Bill to reduce the levels of abuse and threats on social media sites like Twitter and Facebook.

Female MPs have been particularly targeted on social media with threats.

West Bromwich East Conservative MP Nicola Richards questioned Mr Streeting’s ambitions to be a party leader in the light of his history of social media posts.

She said: “There is a clear pattern of threatening, abusive and in some cases misogynistic language used by Wes on social media. He is touted as a future leader of the Labour Party but he needs to apologise for his use of such deeply shameful language.” 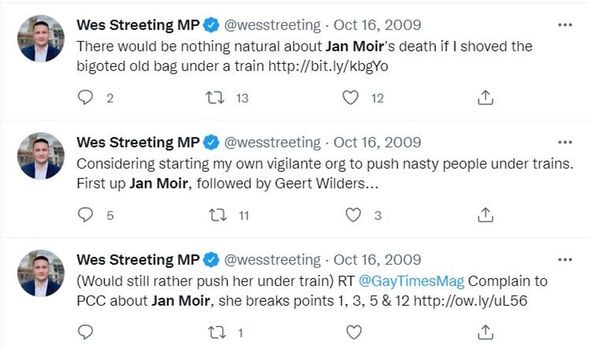 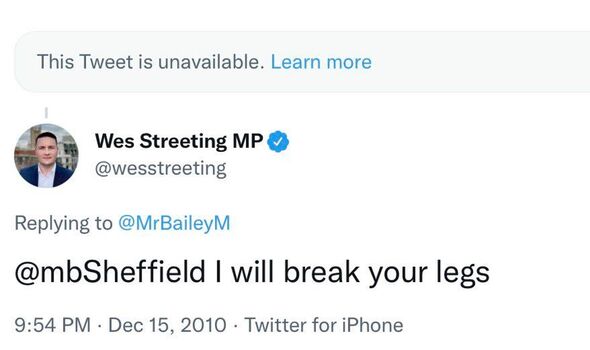 In recent days posts which have been highlighted include an actual threat of violence.

In October 2010, in posts which have also been deleted, Mr Streeting made abusive Tweets about journalist Jan Moir because he disagreed with her comments on homosexuality.

In one he said: “There would be nothing natural about Jan Moir’s death if I shoved the bigoted old bag under a train…” 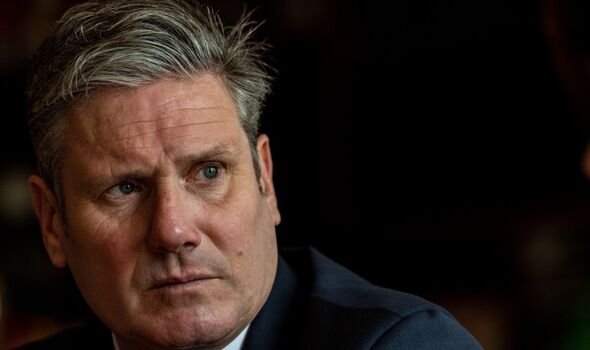 Mr Streeting was leading the Opposition Day debate in Parliament today on access to GPs and dentists where he was also questioned for his public support of the rMT strike which has brought the rail network to a halt this week.

Currently he is the 5/1 second favourite to be the next Labour leader behind Manchester mayor and former Health Secretary Andy Burnham.

The future of Sir Keir Starmer as Labour leader is up in the air with a pledge to step down if he is fined over allegations he broke lockdown rules with an event in Durham where he, his deputy Angela Rayner and a number of Labour activists consumed £200 of curry washed down with beer.

Durham Police are still investigating the event which took place on April 30 2021.

Express.co.uk has asked for a response from Labour but not received a reply.