FIRST ON FOX: Christian florist Barronelle Stutzman has agreed to settle with the same-sex couple that sued her for refusing to serve their wedding – capping off nearly a decade of litigation in one of the most iconic First Amendment cases this century.

On Thursday afternoon, Stutzman’s attorneys sent the American Civil Liberties Union (ACLU) an agreement to withdraw her Supreme Court petition in exchange for them declining to pursue further legal action. The 76-year-old grandmother told Fox News that she’s retiring and leaving her business, Arlene’s Flowers, to its employees.

The settlement, obtained by Fox News, shows that both parties have agreed to its terms.

As part of the agreement, Stutzman will pay the couple – Rob Ingersoll and Curt Freed – $5,000 and they will cease pursuing damages against her business and personal assets. 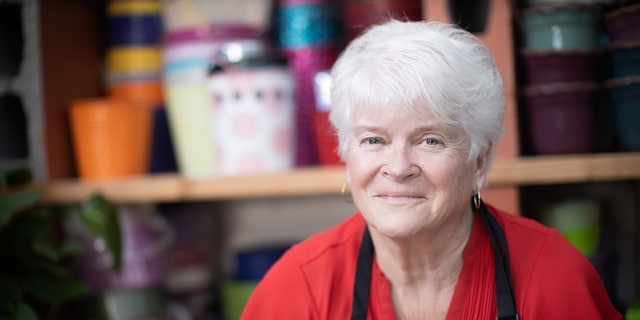 In an exclusive interview Wednesday, Stutzman said that her faith was “not for sale” and that it was time for her to step aside as other religious liberty cases made their way through the courts.

“Rob and Curt have every right to live the way they do and the way they feel with their beliefs, and I’m just asking for that same [right].”

Meanwhile, advocates like the ACLU have held up cases like Stutzman’s as being part of an ongoing struggle for civil rights. “No one should walk into a store and have to wonder whether they will be turned away because of who they are,” Ria Tabacco Mar, an ACLU lawyer representing the couple, said in July. “Preventing that kind of humiliation and hurt is exactly why we have nondiscrimination laws.” 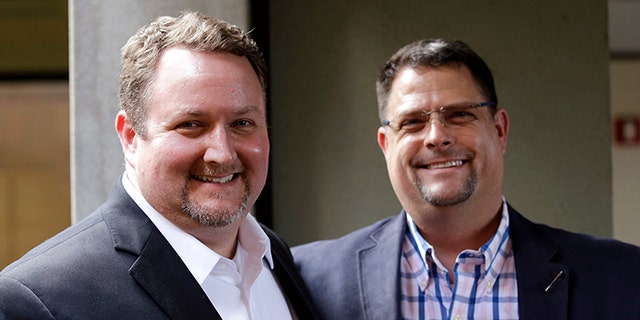 Curt Freed, left, and his partner Robert Ingersoll pose for a photo after a hearing before Washington’s Supreme Court, Tuesday, Nov. 15, 2016, in Bellevue, Wash. The couple sued florist Barronelle Stutzman for refusing to provide services for their wedding and Stutzman she was exercising her First Amendment rights, but justices questioned whether ruling in her favor would mean other businesses could turn away customers based on racial or other grounds. (AP Photo/Elaine Thompson)
(AP Photo/Elaine Thompson)

On Thursday, Ingersoll and Freed released a statement that read: “We took on this case because we were worried about the harm being turned away would cause LGBTQ people. We are glad the Washington Supreme Court rulings will stay in place to ensure that same-sex couples are protected from discrimination and should be served by businesses like anyone else. We are also pleased to support our local PFLAG’s work to support LGBTQ people in the Tri-Cities area. It was painful to be turned away and we are thankful that this long journey for us is finally over.”

Thursday’s settlement amount is significantly lower than Stutzman’s attorneys at Alliance Defending Freedom (ADF) feared she might pay. But the intensely personal nature of this case will likely leave long-lasting impacts on the parties involved and the nation as a whole.

The ACLU did not immediately respond to Fox News’ request for comment on the settlement agreement.

Stutzman’s and Ingersoll’s relationship seemed to underscore the political tension impacting American communities, with similar cases from multiple states now making their way through the legal system. For nine years, Stutzman served Ingersoll but saw a rift in their relationship when he asked for service in his same-sex wedding.

“After Curt and I were turned away from our local flower shop,” Ingersoll has said, “we cancelled the plans for our dream wedding because we were afraid it would happen again. We had a small ceremony at home instead.”

Stutzman, meanwhile, has repeatedly said she would “love” to see Ingersoll, despite the tumult of the past decade.

Although critics suggest the two issues are inseparable, Stutzman has maintained that she’s willing to serve same-sex couples but not engage in particular forms of expression, such as supporting their weddings.

Since the case started, Stutzman said, her relationship with God has changed dramatically. When asked what she would tell others facing similar lawsuits, she said: “God’s just asking us to be obedient and he’ll take care of the rest.”

The end of a battle, but not a war

SCOTUS’ decision not to take Stutzman’s case was opposed by three of its conservative justices, who previously indicated that the court – in another religious liberty case – was leaving Americans with inadequate guidance as they confronted legal uncertainty. 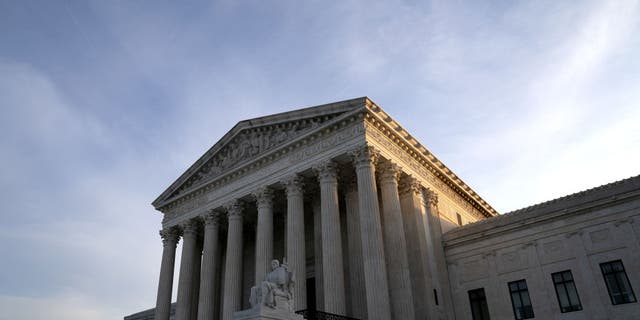 The U.S. Supreme Court in Washington, D.C., U.S., on Wednesday, Nov. 17, 2021. Two key U.S. House moderates said they anticipate official estimates by congressional scorekeepers of the White House’s tax and spending plan might fall short of projections that it pays for itself, but they indicated that might not doom the measure. Photographer: Stefani Reynolds/Bloomberg via Getty Images

“I think there are a number of other victims,” Stutzman attorney Kristin Waggoner told Fox News, “and we have to ask ourselves how many victims there will be before we as a society and as a nation are willing to stand for the rights of others.”

The Washington Supreme Court’s rulings against Stutzman have come alongside apparently conflicting lower court decisions – a predicament typically addressed by SCOTUS. In recent years, however, the justices have been criticized for narrow decisions that stop short of type of game-changing precedent some would like to see.

For example, Phillips’ SCOTUS victory and Fulton v. City of Philadelphia have been portrayed as conservative wins specific to those cases, rather than long-lasting guarantees of religious freedom. Stutzman attempted to use Phillips’ win in an appeal to the Washington Supreme Court, but it again ruled against her.

Before deciding to settle, Stutzman had asked the SCOTUS to hear her case alongside 303 Creative v. Elnis, which Waggoner sees as one of several viable alternatives for her cause. SCOTUS taking up that case, which originates in Phillips’ home state, also indicates the court could revisit its narrow decision in Masterpiece Cakeshop v. Colorado Civil Rights Commission.

For Mar, the Supreme Court’s recent decision “confirmed that LGBTQ people should receive equal service when they walk into a store.” It also capped off a number of legal victories for advocates like the ACLU — including the landmark decision in Obergefell.

But Waggoner remains hopeful other cases might succeed where Stutzman’s failed. She told Fox News: “There’s becoming such a critical mass that I don’t think the court can continue to ignore the fact that a legal system is being weaponized against people.”

The ACLU did not immediately respond to Fox News’ request for comment.