In a blow to the EU’s Common Fisheries Policy, a Spanish trawler is alleged to be fishing illegally within the waters of Bantry Bay, in Ireland’s 12-nautical mile limit.

According to EU rules, the milage gives Irish fishermen exclusive rights in those waters.

“The detention was in relation to alleged breaches of fishing regulations. The vessel will be escorted to port, where on arrival it will be handed over to An Garda Síochána. 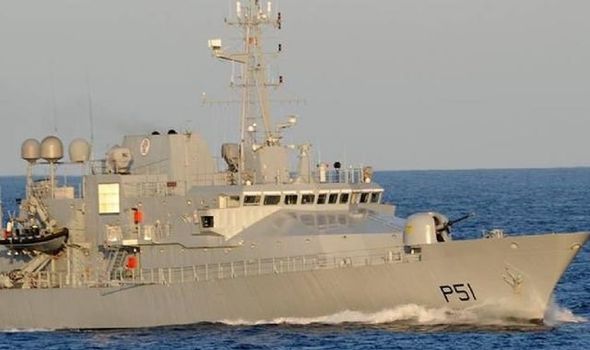 “This is the fifth vessel detained by the Naval Service in 2021. The Defence Forces conduct at-sea fishery inspections in line with the service level agreement with the Sea Fishery Protection Authority, as part of its delivery of government services to the state.”

Tensions over EU vessels accessing Irish waters in the wake of Brexit have threatened to boil over after footage appeared to show a Spanish ship attempting to ram an Irish one off Ireland’s southwest coast on Friday.

The crew of the Irish trawler caught the incident on camera.

During the course of the confrontation, the Irish skipper can be heard on VHF radio warning the Spanish ship to keep away, according to Afloat.ie.

Chief Executive of the Irish South and West Fish Producers’ Organisation, Patrick Murphy, said: “This was an attempt to force Irish boats off our own fishing grounds. It is intimidation. 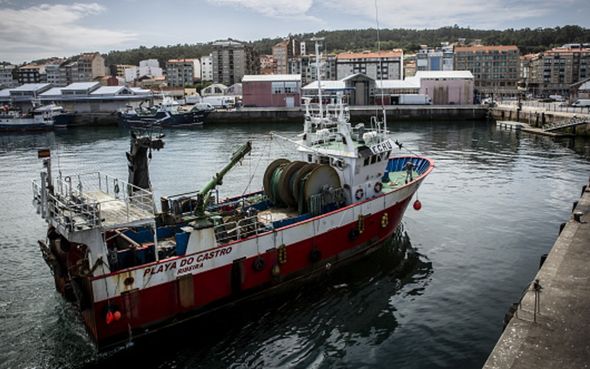 “Our authorities must take action against this vessel acting extremely dangerously at sea and endangering life.

“It is appalling. This was a threat to life at sea, so action must be taken against the vessel which tried to do the ramming.

“The Spanish boat should be arrested and stopped from fishing in Irish waters.”

“The situation continues to be closely monitored by the National Fisheries Monitoring Centre at the Naval Base, Haulbowline.”

The flare-up occurred on Friday, two days after Cork fishermen staged a demonstration against what they regard as their punitively small share of EU fishing quotas.

It is unclear whether the Spanish vessel detained by the Naval Services is the same that was filmed on Friday.