Preparations for a no-deal Brexit should be brought forward “at pace” if MPs do not back the prime minister’s deal, the Brexit secretary has warned.

The comments are likely to reignite the debate about whether the government should be prepared to take the UK out of the European Union with no-deal if – as expected – MPs fail to back the withdrawal agreement when it returns to the House of Commons in June.

Stephen Barclay told Sophy Ridge on Sunday: “Members of Parliament do need to face facts, and if the deal were not to go through then there are only two alternatives – you either leave with a no-deal or you revoke.

“If parliament won’t back a deal, I do think we need to bring forward our preparations to mitigate no-deal, because we will need to use the additional time we have, and we need to move at pace to do so.” 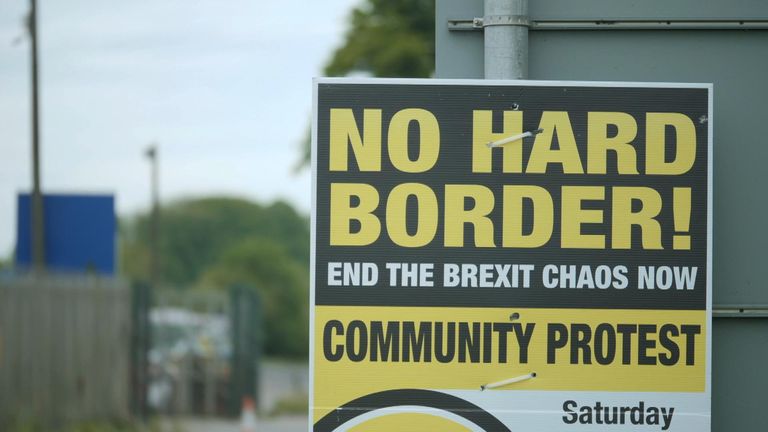 The Brexit secretary was speaking on a visit to Quinn Industrial Holdings, a cement manufacturer with sites that straddle the border between Northern Ireland and the Republic. Lorries and employees at the firm are estimated to make more than 900 border crossings every day.

Asked whether the government has taken preparations for no-deal seriously enough, Mr Barclay said: “We need to do more and use the additional time that we have to prepare further.

“There is no guarantee that the EU27 will grant an extension, that isn’t a UK decision on 31 October, so we do need to prepare for a no-deal and ensure that we use the time to prepare to mitigate any disruption as best we can.”

Parliament has repeatedly blocked the prospect of a no-deal Brexit. However, with the Brexit Party topping the polls ahead of the European elections and Conservative MPs jostling for position ahead of a leadership contest, some Eurosceptics believe no-deal should be back on the table.

The Conservative MP Steve Baker told Sky News: “The rise of the Brexit Party is starting to look like an earthquake which has passed by those of us in the Westminster bubble.

“I will be voting Conservative in the European elections, but I’m increasingly finding my supporters are struggling to support us.”

Airbus Stock Down On Hefty Q4 Loss; Raises Stake In A220 Program

Gemcoin Founder Admits to Fraud in $147 Million Scheme
We and our partners use cookies on this site to improve our service, perform analytics, personalize advertising, measure advertising performance, and remember website preferences.Ok